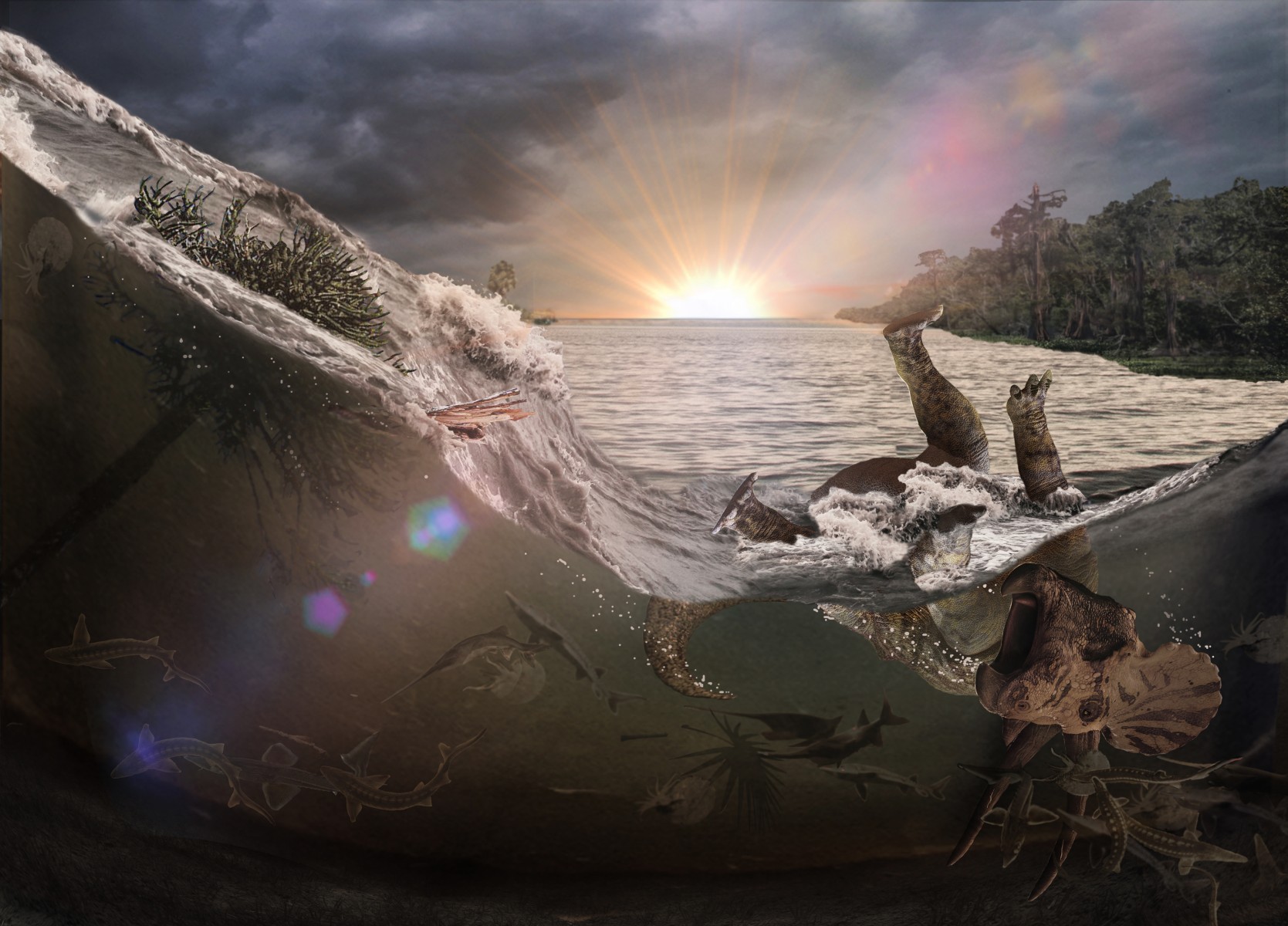 Stunning fossil find records the last day of the dinosaurs

Dinosaurs went extinct at the end of the Cretaceous Period 65 million years ago. Now scientists have found extraordinary evidence which documents the colossal asteroid impact event.

It was widely accepted that the Chicxulub meteorite impact was a major cause, as is evidenced by a vast 93 mile wide crater beneath the Yucatan Peninsula. This is possibly the best known of the five largest mass extinction events to effect Earth.

The devastation caused by the impact included massive tsunami-like surges, thus-far known only from marine deposits. Similar high-energy deposits are unknown in the continental KPg (Cretaceous-Paleogene) record. An international team of scientists, led by Robert Depalma (a PhD student at The University of Kansas) working with Prof. Phil Manning (The University of Manchester) publish on a new site in that has such an onshore inundation-surge deposit.

The site has been discovered in the dinosaur-rich ‘badlands’ of the Hell Creek Formation of North Dakota. Chicxulub ejecta (microtektites, impact-melt glass) is found at the site within the event deposit that is capped with an iridium-rich impactite revealing that its timing coincided with the Chicxulub impact event. The site has an array of terrestrial (reptilian, dinosaurian, etc.) and marine (ammonites, sharks, microfauna, etc.) life and is the first direct evidence of larger organisms killed by the Chicxulub impact. Deposited rapidly by repeated inland-directed surges, the sedimentary layers at this new site resulted in the finest temporally resolved KPg boundary succession recognized in the geologic record.

Prof Phil Manning (The University of Manchester) who is a co-author on this study said: “Robert Depalma has led the way in an extraordinary study of this unique geological and palaeontological treasure trove. The sediments, fossils and associated impact debris make this an important site for those who study the extinction event that helped wipe-out the dinosaurs.”

The Chicxulub impact event occurred at the end of the Cretaceous Period and was among the largest asteroid impacts in effect Earth. This event is intimately associated with a global or ‘mass extinction’. This was without any doubt a pivotal event in Earth’s history, as the ensuing extinction directly paved the way for many species that populate the planet today, including ourselves. A meticulous understanding of the immediate and more long-lasting effects post-impact is essential to resolving the specific consequences of the impact, and the shift from Cretaceous to Paleogene biomes.

Prof Manning went on to say: “Our understanding of the extinction of the dinosaurs is blurred by time and then masked further by the geological record. To find a site that might help paint a picture of the final day or even hours of the Cretaceous might seem impossible.”

This is just the beginning of a long study on the Tanis site. We can definitely say that the Tanis site was not ‘consumed by the desert in a sandstorm that lasted a whole year’ (as in the Raiders of the Lost Ark), but it is certainly a Rosetta Stone that might help us better read and understand events on the last day of the dinosaurs 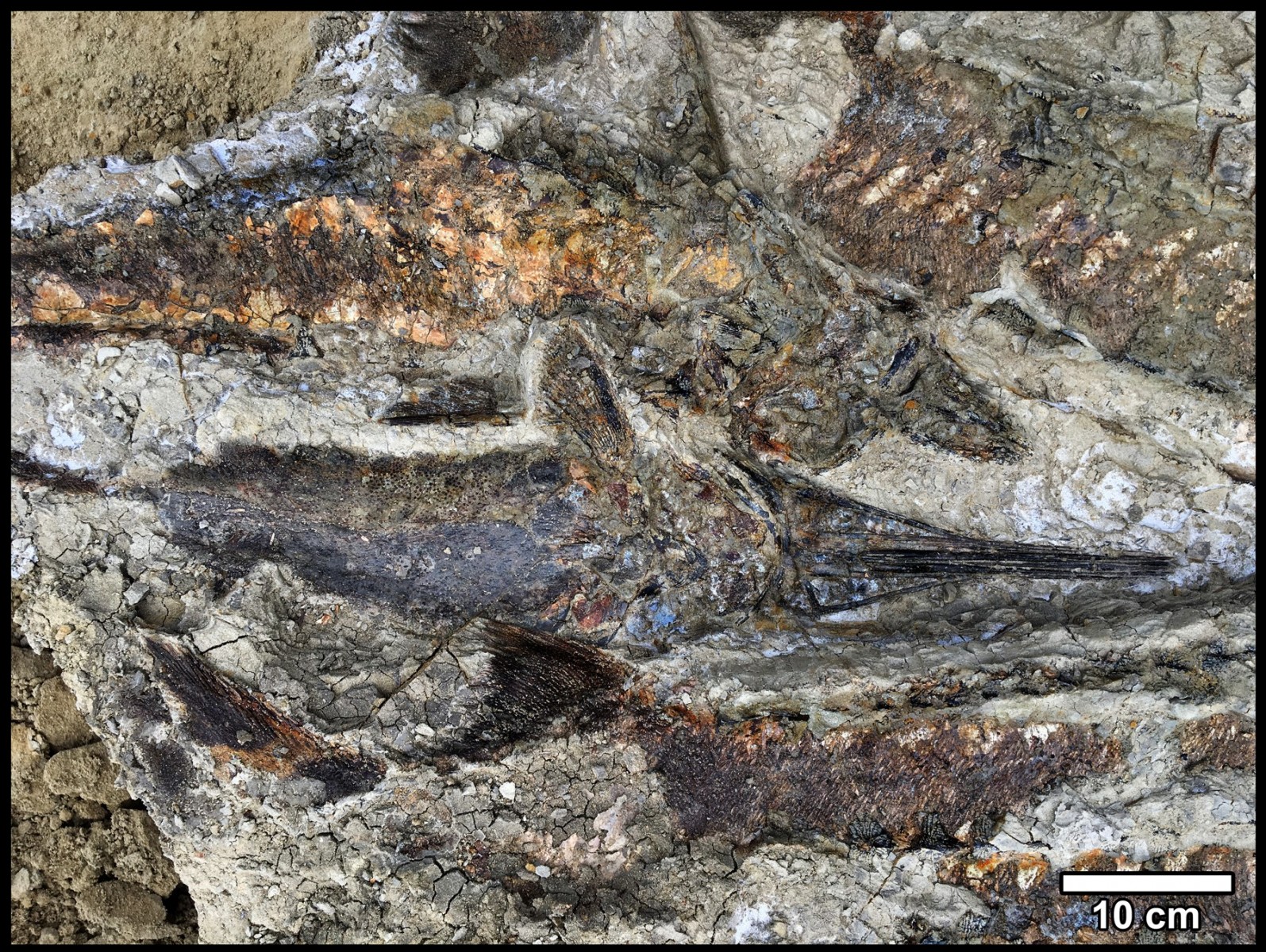 The Chicxulub impact was a massive, a global extinction, which extinguished upwards of 75% of life on Earth within a geologically short span of time. Climatic shifts ensued at the same time, and, much sooner after impact, water displacement by the ~10 km-wide impactor was recorded by tsunami (tidal wave) or seiche (tectonically activated) deposits around the Caribbean and what was then the ‘proto’ Gulf of Mexico. Aside from theoretical calculations, however, many of the immediate effects of the impact, especially within the proximal ~2100 miles close to the crater, are incompletely resolved. The complex interplay between the hot vapor plume, molten ejecta, and “wet” plume of vaporized carbonate target rock, for example, is incompletely understood.

Lead author, Robert Depalma said: “A tsunami would have taken at least 17 or more hours to reach the site from the crater, but seismic waves - and a subsequent surge - would have reached it in tens of minutes.”

An international team of scientists, including Prof. Phil Manning, has been exploring the uppermost Hell Creek Formation, a continental sequence in North America preserving the last 1.3 million years of the Cretaceous Period. The team discovered an anomalous, turbulently deposited layer of sediment at a new site they named ‘Tanis’. After many years work on the site and with the analysis of samples back at the lab, the team are sure that the site temporally coincides with the KPg boundary, the point at which the dinosaurs and other life became extinct.

The rapidly emplaced sediment layer was highly conducive to detailed preservation at momentary scale, but also contains ejecta tektites (melted Earth’s crust blasted into the upper atmosphere and returning as small ‘droplets’ of glass). The tektites and other impact-generated debris have been geochemically and geochronologically linked to the Chicxulub impact by the international team. The deposit is capped by a distinct KPg boundary clay, indicating it was deposited in a narrow window of time- after impact yet before settling of the finest impact debris

Perhaps most importantly, the sediment layer, which exhibits bidirectional flow and was likely emplaced by a massive hydro-disturbance such as a tsunami. This event was likely to have been triggered by the Chicxulub impact. Ballistic calculations of ejecta indicate that the ejecta tektites at Tanis would have arrived at approximately the same time as the seismic wave from the Chicxulub crater.

The team reports in the journal PNAS that the ultra-high-resolution temporal fidelity of the Tanis site provides the first sub-24-hour chronology of the KPg impact event. The site preserves unprecedented detail of one of the most pivotal moments in Earth’s geologic history, and provides an unmistakable northernmost record of the Chicxulub impact event.

The extraordinary preservation potentially afforded by the rapid emplacement of sediment provides a unique opportunity to examine exceptionally preserved terminal-Cretaceous organisms. The layers of sediment along with the remarkable fossils they contain, combined with the geochemical evidence, delivers unique insight into one of Earth’s most studied mass-extinction events.

Finally, Prof Manning added: “This is just the beginning of a long study on the Tanis site. The PNAS paper provides a geological framework from which broader paleontological work will take place in the future. We can definitely say that the Tanis site was not ‘consumed by the desert in a sandstorm that lasted a whole year’ (as in the Raiders of the Lost Ark), but it is certainly a rosette stone that might help us better read and understand events on the last day of the dinosaurs.” 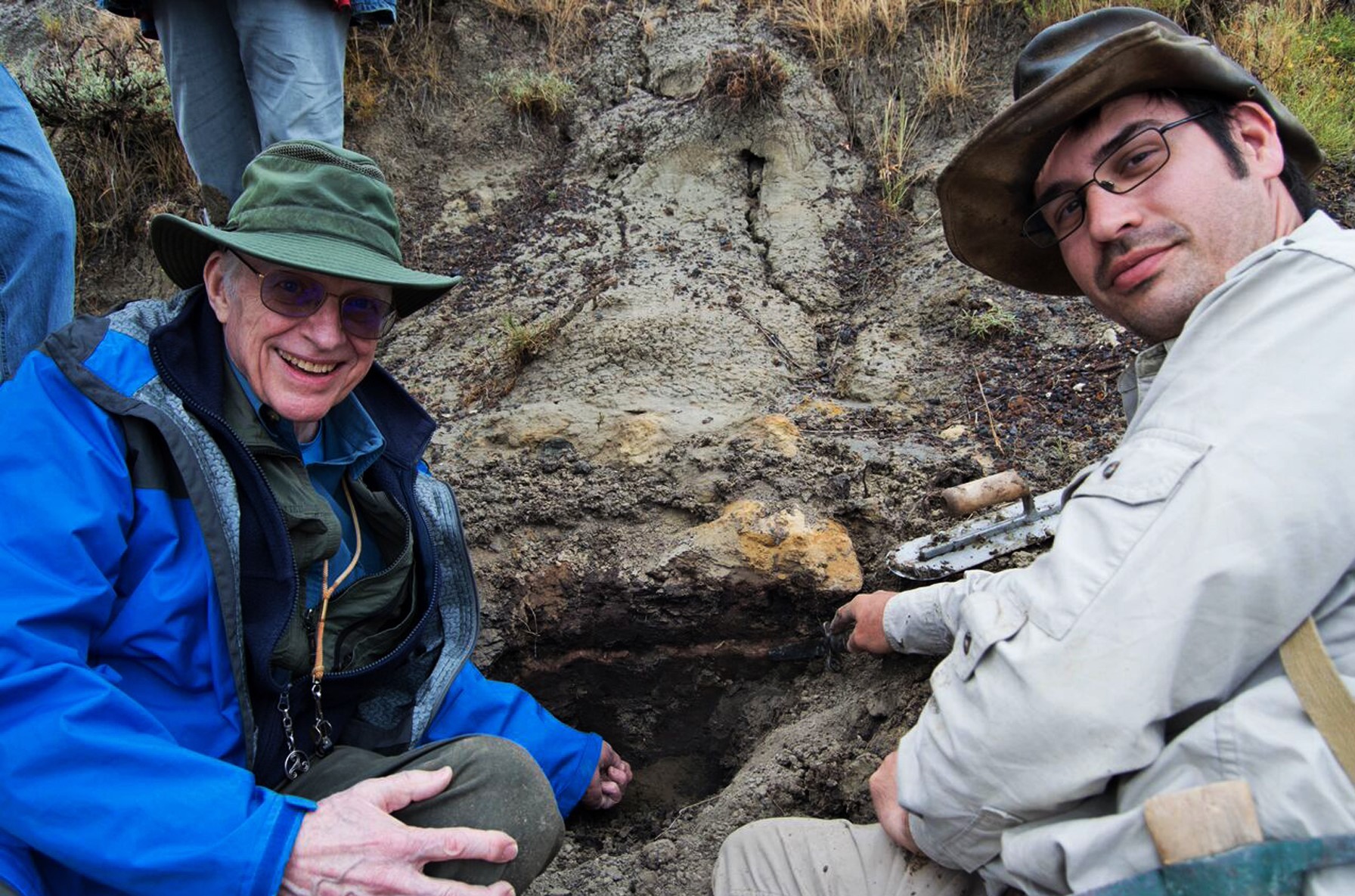 Stunning fossil find records the last day of the dinosaurs