Teen self-harm: rates have dramatically decreased in Denmark – here’s what other countries can learn
Newsroom

Teen self-harm: rates have dramatically decreased in Denmark – here’s what other countries can learn 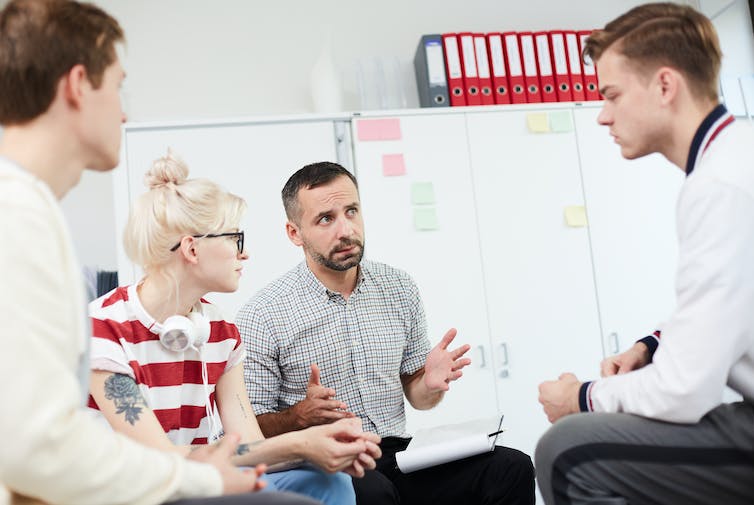 Having better access to mental health support could be one reason for lower self-harm rates among Danish teens. Pressmaster/ Shutterstock

Concern has been growing over rising rates of self-harm in teenagers. In the UK and Ireland, increases began around the time of the 2008 economic crash and show no sign of slowing. One study of the UK found rates among teenage girls rose by two-thirds between 2011 and 2014.

But some surprising new findings suggest that stress caused by recession and financial uncertainty does not necessarily lead to rises in suicidal behaviour. My colleagues and I examined rates of teenagers treated in hospital for self-harm in Denmark. Contrary to expectations, we found that rates of self-harm in Danish teenagers actually fell between 2008 and 2016. Although Denmark experienced an economic recession, why didn’t rates of self-harm among teenagers see a similar spike as in other countries?

Our study analysed Danish national patient registers, which contain data on individuals treated in hospitals and outpatient departments in Denmark. Such population-level registers are unique to Scandinavian countries. The registers allowed us to look at the numbers of young people attending hospital or outpatient clinics after having self-harmed and compare them against all teenagers of the same age in Denmark.

We found that the rates of self-harm in young people living in Denmark aged between ten and 19 decreased each year between 2008 and 2016. The rate decreased by more than 40% from the beginning to the end of the study period. This pattern was seen in younger and older teenagers and in both girls and boys.

It has long been accepted that economic recession is associated with increases in suicide rates. Suicidal behaviour is undoubtedly a highly personal experience, but the way that society can influence it has been recognised as early as the late 19th century. Following the most recent global recession in 2008, increased rates of suicide and self-harm were seen across Europe and North America.

In Ireland, rates of self-harm among teenagers increased by 22% between 2007 and 2016. In the UK, the government’s response to the recession was to impose austerity measures. This resulted in cuts to government spending on healthcare, unemployment benefits and social services, all of which have a proven negative impact on mental health and well-being.

But free universal healthcare, widespread access to unemployment programmes and increased welfare spending during recession can soften the blow of financial hardship. In line with findings from the UK, we found that the highest rates of self-harm were among teenagers from the poorest households. But our research found that, even for these teenagers, rates fell between 2008 and 2016. While we can only speculate about the causes of the fall in rates, Denmark appears to have protected its most vulnerable young people from rises experienced by other countries.

Of course, adolescents will be affected by economic recession – but, being less directly affected by the job market, they’re unlikely to experience it in the same way as adults. However, there are a number of other factors that are likely to exacerbate self-harming behaviours, such as pressure at school, difficulties at home, or mental health issues such as depression or anxiety – but certain measures can also protect teenagers’ mental health, which may be especially important during economic upheaval when populations are more vulnerable.

While social media pressure may be particularly intense for teenagers, frequently voiced concerns that it might cause harm to mental health and well-being may be overstated. One study found that most social media content concerning self-harm was positive. The study found that social media was mostly used as a platform to process difficult emotions creatively and share stories of recovery – rather than to promote self-harming behaviours. Social media also has the potential to increase awareness about seeking help for mental health problems – but this would only reduce self-harm rates if mental health support was available and accessible for young people. 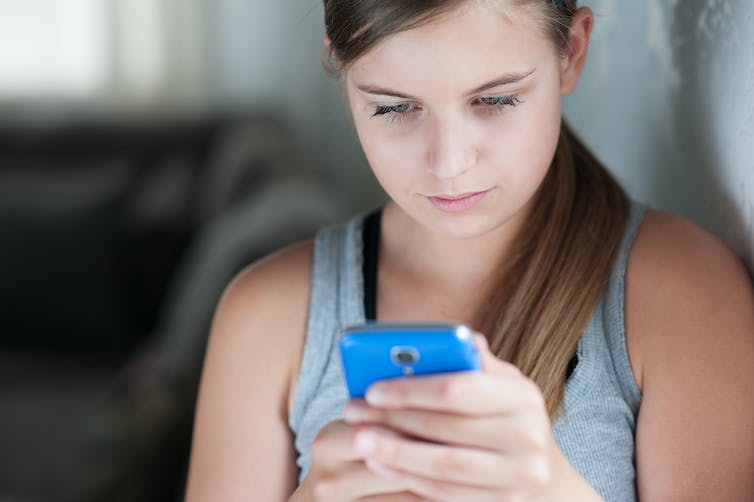 More availability and better access to mental health support might be one reason for lower rates of self-harm in Denmark. Since 2007, suicide prevention clinics have been offering psychosocial therapy across Denmark for people at risk of suicide. The program was introduced gradually from 1992 and expanded to cover the whole country. These clinics have been found to have positive effects on reducing self-harm and suicide.

Yet, in many parts of the world, adolescents struggle to access mental health services. Evidence from the UK shows that teenagers from the most deprived neighbourhoods are more likely to self-harm yet are less likely to receive mental health treatment.

Denmark has also taken steps to regulate sales of common painkillers to under-18s. In many parts of the world, including the UK, there’s been a sharp rise in the number of young adults who have overdosed on painkillers and antidepressants. Tougher regulations of these common painkillers might help to delay access – and research has shown that even a small delay in accessing a suicide method can be enough to halt the act.

Having access to health and welfare services, alongside good social connections within societies, can help reduce the prevalence of self-harm – especially during difficult economic times. Places that young people spend time in – such as schools, colleges, universities and health services – can also offer opportunities for social connection.

Social media that encourages social connections could also help young people build more resilience and better manage uncertainties such as a poor job market and financial insecurity. Better funding for mental health services may also be able to help protect younger populations from the harmful effects of economic turmoil and other stresses.