The too hard basket: a short history of Australia’s aborted climate policies 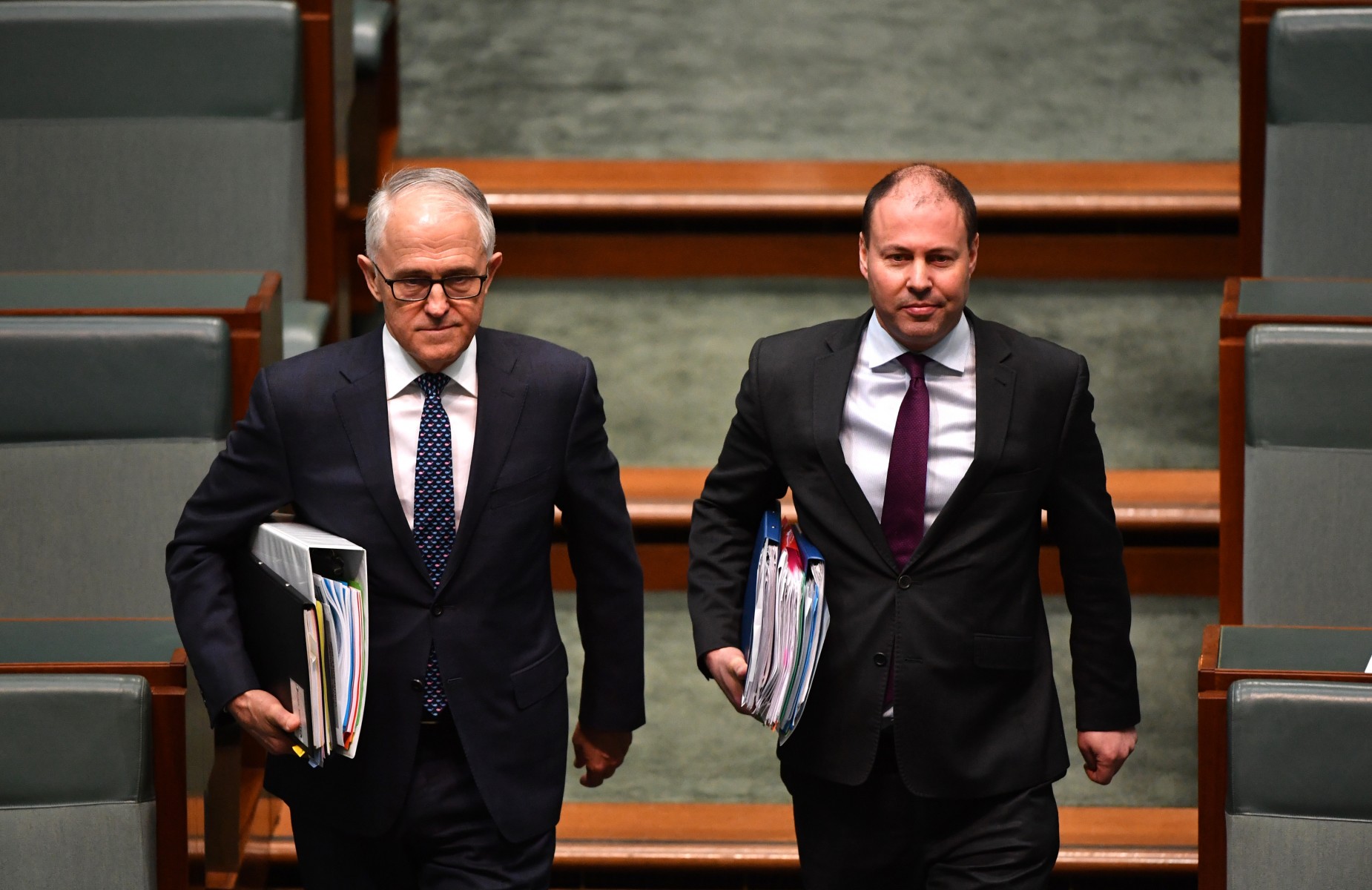 The too hard basket: a short history of Australia’s aborted climate policies

Less than three years ago, after Malcolm Turnbull had wrested the prime ministership from Tony Abbott, I wrote an article entitled “Carbon coups: from Hawke to Abbott, climate policy is never far away when leaders come a cropper”.

Less than two weeks ago I wrote again about climate policy’s unique knack of causing leaders to falter, with terminal results for the policies and, often, the leaders themselves.

Now Turnbull has added a new chapter to this saga. He has abandoned the emissions component of his beleaguered National Energy Guarantee, in what has been characterised as a capitulation to a vocal group of backbench colleagues. The climbdown may still not be enough to save his leadership.

Read more: Emissions policy is under attack from all sides. We've been here before, and it rarely ends well

A workable, credible climate policy has been the impossible object that has brought down every prime minister we’ve had for a more than a decade – all the way back to (and including) John Howard.

Howard had spent the first ten years of his prime ministership denying either the existence of climate change or the need to do anything about it. In 2003, virtually all of his cabinet supported an emissions trading scheme. But, after meeting with industry leaders, he dumped the idea.

The following year Howard called a meeting of large fossil fuel companies, seeking their help in destroying the renewable energy target that he had been forced to accept in the runup to the 1997 Kyoto climate summit.

However, in 2006, the political pressure to act on climate became too great. The Millennium Drought seemed endless, the European Union had launched its own emissions trading scheme, and Al Gore’s documentary An Inconvenient Truth cut through with the Australian public. Late in the year, Treasury came back for another bite at an emissions trading cherry.

Prime Minister, I’m taking as my starting point that during your prime ministership you will want to commit us to a cap on national emissions. If my view on that is wrong, there is really nothing more I can say… If you want a cap on emissions then it stands to reason that you want the most cost-effective way of doing that. That brings us to emissions trading, unless you want a tax on carbon.

Howard’s problem was that voters were not convinced by his backflip. In November 2007, Kevin Rudd – who had proclaimed climate change “the great moral challenge of our generation” – became prime minister. A tortuous policy-making process ensued, with ever greater concessions to big polluters.

In late 2009, according to Kelly’s account, Rudd refused to meet with the then opposition leader Malcolm Turnbull to resolve the outstanding issues around Rudd’s Carbon Pollution Reduction Scheme. Then, in December of that year, Turnbull was toppled by Abbott and the legislation was doomed.

Meanwhile, the Copenhagen climate conference ended in disaster, and although advised to go for a double-dissolution election, Rudd baulked. In April 2010, he kicked emissions trading into the long grass for at least three years, and his approval ratings plummeted.

In July 2010 Julia Gillard toppled Rudd, and the prime ministership has never been safe from internal dissent since. Not since 2004 has a federal leader won a general election from which they would survive to contest the next.

In the final days of the 2010 election campaign, Gillard made the fateful statement that “there will be no carbon tax under a government I lead”.

That election resulted in a hung parliament, and after meeting climate policy advocates Ross Garnaut and Nick Stern, two crucial independents – Tony Windsor and Rob Oakeshott – made a carbon price their price for supporting Gillard.

Gillard steered the legislation through parliament in the face of ferocious opposition from Abbott, who declared a “blood oath” that he would repeal her legislation. After winning the 2013 election, he delivered on his pledge in July 2014. Gillard, for her part, said she regretted not taking issue with Abbott’s characterisation of her carbon pricing scheme as a tax.

Abbott’s demise as prime minister was not as directly tied to climate policy as Howard’s, Rudd’s or Gillard’s. Far more instrumental were gaffes such as giving the Duke of Edinburgh a knighthood.

But as Abbott’s government was descending into chaos, Turnbull seemed to many middle-of-the-road voters like the perfect solution: Liberal economic policy but with added climate concern. On today’s evidence, he seems to have been willing to trade that concern away to stay in the top job.

As of the time of writing – Monday 20 August (it pays to be specific when the situation is in such flux) – it is clear that the NEG is dead, at least in its original incarnation as a means of tackling the climate issue. No legislation or regulation will aim to reduce greenhouse emissions, with the policy now addressing itself solely at power prices.

It is not clear how long Turnbull will remain in office, and one could make a case that he is no longer truly in power. Thoughts now inevitably also turn to what a Shorten Labor government would do in this area if the opposition claims victory at the next election.

Read more: It's ten years since Rudd's 'great moral challenge', and we have failed it

The first question in that regard is whether Mark Butler – an able opposition spokesman on climate change – would become the minister for a single portfolio covering energy and environment. The next is the degree of opposition that Labor would face – both from members of the union movement looking out for the interests of coal workers, and from business and industry. If Australia’s environment groups win the battle over Adani’s planned Carmichael coalmine, will they have the heart to win the wider climate policy struggle?

As ever, it will come down to stamina and stomach. Would Shorten and Butler have the wherewithal to face down the various competing interests and push through a credible, lasting policy, in an area where all their predecessors have ultimately failed?

Will the Coalition government formulate a new emissions policy – one that can withstand the feet-to-the-fire approach that has killed off every other similar effort so far?