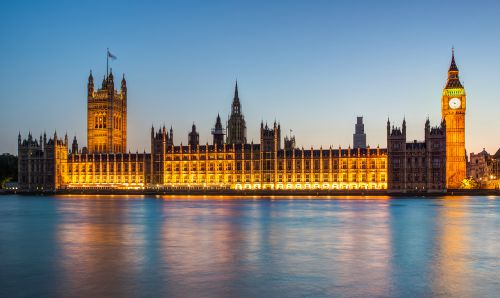 Theresa May has faced widespread criticism following comments to the Confederation of British Industry that EU nationals have jumped “the queue” to migrate to the UK ahead of non-EU nationals during the UK’s membership of the bloc. The prime minister said:

It will no longer be the case that EU nationals, regardless of the skills or experience they have to offer, can jump the queue ahead of engineers from Sydney or software developers from Delhi.

May has been criticised for ignoring the contribution to the UK of EU nationals, who have been living with great concern about what their futures hold since the 2016 referendum result.

Despite reports that Brexit will hit ethnic minorities harder, May’s speech is likely to appeal to ethnic minority Leave voters, who my research has shown feel it’s unfair that EU migrants have had an easier route to the UK than non-EU migrants. Similar rhetoric which pits EU and non-EU migrants against each other came up in black, Asian and minority ethnic (BAME) Leave voters’ reasons for supporting Brexit.

Minority voters overwhelmingly supported Remain in the EU referendum. Yet May’s reference to attracting more “software engineers from Delhi” will appeal to British Indian voters who were the most eurosceptic ethnic minority group.

The Labour Party continues to attract the lion’s share of the minority vote. This is despite attempts made by the Conservatives in recent years, beginning under David Cameron, to court ethnic minority support. Yet, party preference didn’t have a significant effect on attitudes towards EU membership among ethnic minorities.

An end to ‘preferential’ treatment

In 20 focus groups and interviews with ethnic minority Remain and Leave voters I conducted over the summer of 2017, as part of my PhD research, I heard many BAME Leave voters give European immigration as a key reason for supporting Brexit. They wanted to see fewer barriers for Commonwealth migration, disgruntled with what they saw as “preferential” treatment for EU migrants who they believe have had easier access to live and work in the UK.

Of my participants, Bangladeshi restaurant owners blamed freedom of movement for the staff shortage crisis in the curry industry and the difficulties associated with recruiting staff from outside the EU. They felt that the government’s visa stipulations including an earnings threshold of £18,600 were caused by an inability to control European immigration.

When groups such as Muslims for Britain and Africans for Britain campaigned for Brexit, they cited competition posed by EU migrant labour and the contribution made by Britain’s former colonies, which they felt gave them a greater claim to belonging in the UK. Leaving the EU, the BAME Leave voters I interviewed argued, would lead to greater trade and immigration from the Commonwealth. One member of a focus group of Bangladeshi male Leave voters felt they had been made to feel “inferior” to EU citizens:

There’s a historical link; we, our ancestors, came to this country, contributed to British economy, building infrastructure, and even lots of our ancestors fought in Second World War in favour of Britain. They sacrificed their lives … what’s good (about) being a member of Commonwealth country? Europeans have been prioritised and we’ve been neglected.

Some saw EU policies such as the Common Agricultural Policy as a disadvantage to African and Asian economies outside the EU bloc. And there was a strong sense amongst BAME Leave voters of Europe as a “white Fortress”. For example, one British Indian Leave voter stated:

At the time of the European migration crisis we saw a number of countries putting up borders within the EU so I think the whole idea of the EU as this bastion of free movement and respects immigrants or whatever was a bit shallow for me.

An electoral mountain to climb

But May’s promise that Brexit will lead to a fairer immigration system that doesn’t discriminate against where people come from won’t necessarily convince those ethnic minority voters angered by the Windrush scandal and those who see her as chief architect of the “hostile environment” policy on immigration. Adding to this will be May’s emphasis in her CBI speech that citizens from mainly “white” countries such as Canada, the US, Australia and New Zealand will be able to use e-gates at UK borders as part of a new post-Brexit immigration system.

The great majority of ethnic minority Britons voted Remain in the EU referendum, and the Conservatives’ tough rhetoric on immigration will do little to attract their vote – particularly because many supported Remain because of the perceived racism and xenophobia around anti-immigration discourses during the referendum. Many of those I interviewed felt that it wasn’t just immigrants or Europeans who were being targeted, but anyone who wasn’t white including British black and Asian people. One Remain voter of black African background felt that even though European immigration was a key issue in the 2016 referendum, rhetoric such as “we want our country back” felt like it was “aimed at us”.

May’s plan to sell the Brexit deal to voters as an opportunity to introduce a “fairer” immigration system may appeal to some ethnic minority voters, but it largely serves to stoke tensions between EU nationals and longer-settled migrant groups from the Commonwealth and their descendants. As members of the Windrush generation found out so harshly, the rules on who’s welcome in Britain and who isn’t are arbitrary and ever-changing.