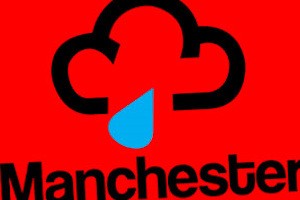 Tuesday is the wettest day of the week, suggests new analysis of rainfall data for Manchester.

The work, which was carried out for Manchester Science Festival 2009, also suggests that it’s now raining more at weekends than in the past.

Preliminary research into 110 years worth of data for Manchester – a city known for its soggy climate – by a University of Manchester researcher also suggests:

* Saturdays are getting wetter in Manchester

Analysis has revealed that over the last 110 years, Tuesdays were the wettest days, followed closely by Sundays.

Wednesdays, Thursdays and Fridays were the driest days.

However, before the increase in rainfall over the last 30 years, Sundays were the wettest days.

Atmospheric scientist Dr Andy Russell of The University of Manchester sifted through years’ worth of data collected in the Whalley Range area of South Manchester.

Dr Russell said: “These preliminary results are extremely interesting, although we need to do further work to assess how widespread this pattern is and the reasons behind it.

“To do this, more weather stations in the North West will be analysed and data from an interactive experiment we are running during Manchester Science Festival will be used.”

Dr Russell is encouraging children and adults in the Greater Manchester area to make their own rain gauges and help him investigate and verify his findings.

“As a scientist I want to test the old theory that it rains more at the weekend, not only because rainy weekends ruin your social life, but to see whether cars, factories and industry, which are much more active during the week, affect our weather patterns.

He added: “Good data collected during the Manchester Science Festival will shape the direction of the research and could unlock the answers.”

Instructions on how to make rain gauges and take part in the data gathering during Manchester Science Festival 2009 can be found at www.manchesterrain.com.

A more detailed summary of the analysis and data can be seen at www.manchesterrain.com/summary.html

Dr Russell will be leading a special rain workshop event at Manchester Science Festival 2009 on Saturday 31 October at MOSI from 11am to 3pm. A prize will be available for the best science from the day. The event is free and participants can just drop in.

Dr Russell is a member of NOISEmakers, who will be at Manchester Science Festival on Thursday 29 October and Friday 30 October. Based at MOSI, they will be demonstrating an array of exciting experiments. For more information see www.manchestersciencefestival.com.

NOISE (New Outlooks In Science & Engineering) is a UK-wide campaign funded by the Engineering & Physical Sciences Research Council (EPSRC), and NOISEmakers have the job of enthusiastically communicating the importance and relevance of scientific research to a wide public audience.

Now in its third year, the Manchester Science Festival is packed with over 150 events, exploring anything and everything to do with science, technology, engineering and maths.

The Festival has a particular focus on the relevance of these topics to our everyday lives and the history and work taking place in our region. It is supported by the Northwest Regional Development Agency (NWDA), MOSI and Siemens.

Dr Andy Russell is available for comment by arrangement.