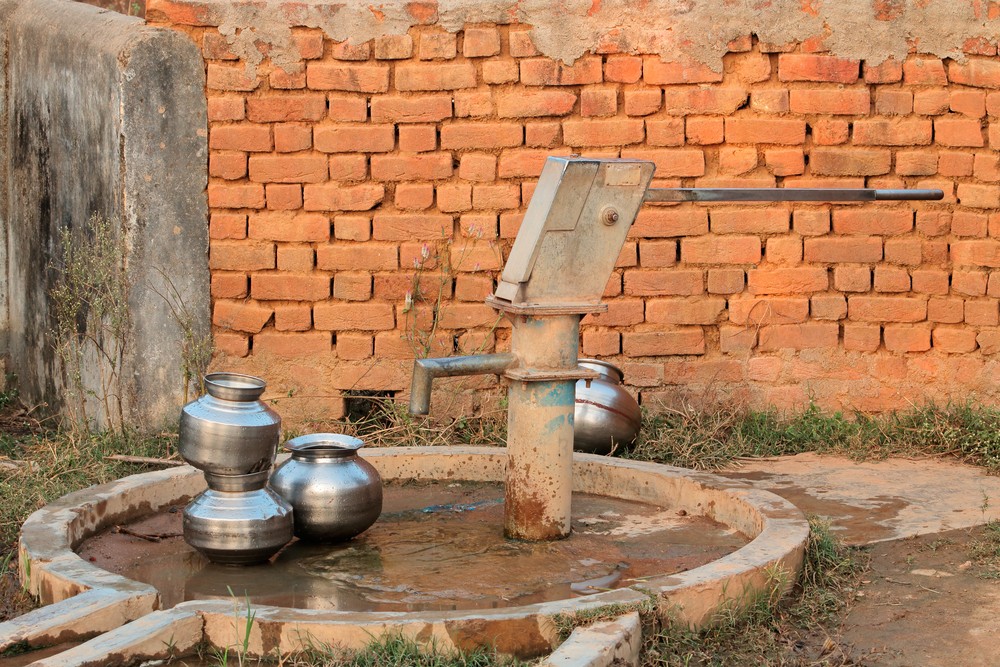 Arsenic in drinking water obtained from wells is causing massive adverse health outcomes, including premature deaths, from cancers and cardiovascular disease, in many parts of the world and particularly in the Indian subcontinent.

Despite the enormity of this problem, most wells providing drinking water (there are at least tens of millions of them) have not been tested for arsenic, so modelling using data from those that have been tested is an important tool to help get an idea of where further high arsenic well waters are more likely to occur. Because of this, researchers have constructed prediction models for individual countries (e.g. China, Pakistan, Burkina Faso, USA, Bangladesh, Cambodia) as well as on a regional or global scale, but curiously, to date, there had not been published a detailed model focused solely on India.

An international team involving researchers based in Manchester (UK), Patna (India) and Zurich (Switzerland) has now addressed this. Their country-specific, country-wide model for well water arsenic in India has recently been published in the International Journal for Environmental Research and Public Health.

Their model confirms the known high probability of finding hazardous high arsenic well waters in northern India in the river basins of the Ganges and Brahmaputra. What is new and particularly concerning, is that the model also finds an elevated probability of high arsenic well waters in other Indian areas, where previously arsenic hazard was generally not considered to be a major concern – so much so that in many of these areas well water arsenic is not routinely checked.

These areas include parts of south-west and central India and are mostly areas underlain by sediments and sedimentary rocks. Such occurrences are similar to those predicted by the The University of Manchester group by similar types of modelling and subsequently found elsewhere, notably in South-East Asia.

Figure from Podgorski et al (2020) The Authors. Reproduced under the terms and conditions of a CC-BY 4.0 license.
“

The model outputs are a good example of the benefits of international collaboration. The work would have been much more difficult to achieve without the joint India-UK Water Quality programme project, FAR-GANGA.

The study suggests follow up to help better define specific areas in which action is required to reduce adverse public health outcomes from drinking high arsenic well waters. The study also highlights the importance of systematic testing of hazards, not just in known high hazard areas, but also through random sampling of all wells used for drinking water.

There are known and important limitations to this kind of modelling approach. The output model can only be as good as the data upon which it is based; the model is based largely on satellite-derived data and so is less reliable for deeper wells; the model does not consider variations of well water arsenic with time. Lastly, the arsenic content of well waters is known to change massively over very short distances, so for a particular well, the model will never be a better substitute for a good chemical analysis of the water produced from that well.

Nevertheless, the model does suggest new areas in India in which follow up sampling of well water and analysis for arsenic should be done; this will help save lives in those areas.

This internationally collaboration was largely built on a joint India-UK Water Quality project FAR-GANGA (www.farganga.org ) for which co-authors Professor David Polya, a researcher at The University of Manchester, and Mr Biswajit Charkavorty, a senior scientist at the National Institute of Hydrology, are the UK and India leads respectively.

Professor Polya said: “The model outputs are a good example of the benefits of international collaboration. The work would have been much more difficult to achieve without the joint India-UK Water Quality programme project, FAR-GANGA.”

Mr Chakravorty said: “The outcome of this open-access joint Indo-UK study will help create greater awareness of hazardous arsenic distribution in wells amongst the population.”

The lead author of the study was Dr Joel Podgorski, currently a senior scientist at the Swiss Federal Institute of Aquatic Science and Technology (Eawag), but who conducted much of the study whilst a Postdoctoral Impact Research Fellow at The University of Manchester. He said: “This study demonstrates how the increasing availability of data can be used to better understand the scope of public health crises.”

Ms Ruohan Wu, a postgraduate researcher at The University of Manchester, was also part of the research team.

The University of Manchester has strategic partnerships and collaborations worldwide and has a history of creating strong links with business, public authorities and students in India. For more information about our work with India visit www.manchester.ac.uk/india-partnerships