US sparks new development arms race with China – but can it win? 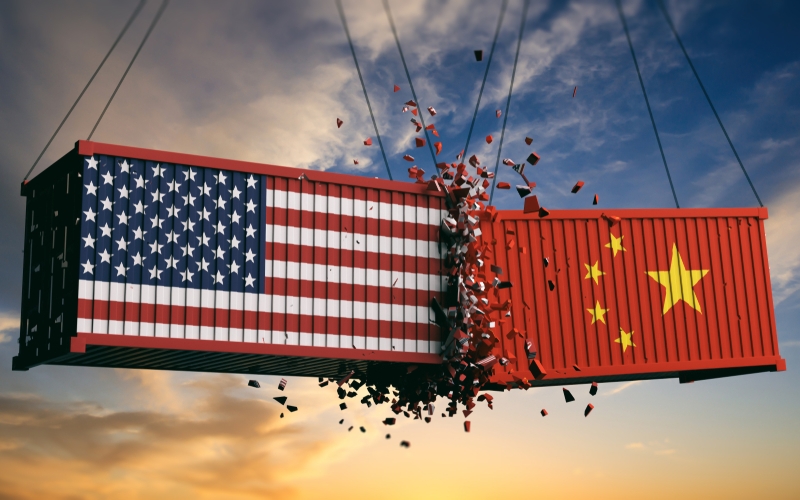 US sparks new development arms race with China – but can it win?

American lawmakers recently created the International Development Finance Corporation (IDFC) to finance infrastructure projects in low-income countries. The IDFC’s primary aim is to counter China’s growing influence, and it signals a dramatic new chapter in the fragile relationship between the US and China.

Tensions between the two countries have been high, as they struggle over trade, intellectual property rights and military control of the South China Sea. They are now also racing to connect the world by financing large-scale infrastructure projects such as highways, railways and ports.

The IDFC enjoyed bipartisan support, and was rushed through Congress as a matter of urgency. It was initially part of the BUILD Act, which was passed by the House of Representatives. The Senate then incorporated it into the FAA Reauthorization Act and passed it by a margin of 93-6 (with one abstention). The US president, Donald Trump, signed the IDFC into law while Capitol Hill was gripped by the bitter feud over the confirmation of Brett Kavanaugh to the Supreme Court.

The 2008 financial crisis destabilised the so-called Chimerica order of the global economy, which balanced China’s export-led growth with a period of overconsumption in the US. Following the financial crisis, the Chinese government countered slackening demand from the US by financing infrastructure projects in low-income countries. 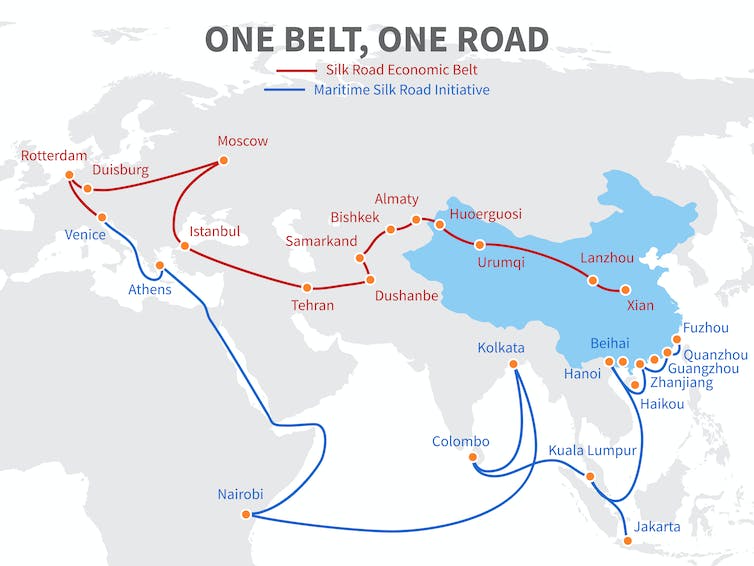 And so over the past decade, China has quietly become a leader in the construction sector and, according to some commentators, is poised to establish a global monopoly. Indeed, its signature Belt and Road Initiative (BRI) aims to integrate Asia, Africa and Europe via large-scale infrastructure projects. The World Bank has even suggested that the BRI may constitute “a new approach” to development.

The BRI is consistent with a global trend to enhance infrastructure-led connectivity. This prioritises long-distance and cross-border connections and infrastructure to link resource extraction, agribusiness and manufacturing with global markets and supply chains.

In addition to the BRI, examples from low and middle-income countries include the Greater Mekong Subregion in South-East Asia, and the Lamu Port, South Sudan, Ethiopia Transport Corridor (LAPSSET), in East Africa. While enhanced connectivity can indeed foster economic growth, it can also have harmful consequences, such as in South America where the extension of infrastructure networks in remote areas has caused rapid environmental degradation.

Nevertheless, from a realpolitik perspective, whichever country funds connective infrastructure initiatives can benefit by determining how territories are integrated into the global economy. Control of overseas ports, airports, railways and roadways can enable a country to align parts of the global economy with their own.

This explains why the race to connect the world is not limited to the US and China. The European Union has launched an initiative to invest in infrastructure that enhances its connectivity with Asia. Similarly, Japan, Australia, the UK and others in the G20 are active in the Global Infrastructure Hub, which was created to encourage private investment in connective infrastructure around the world.

The US strikes back

The American IDFC differs from the EU and G20 initiatives because it signals that US policymakers intend to contain rather than compete with China. It has been granted an initial budget of US$60 billion to invest in infrastructure projects in low-income countries, and this is designed to “provide countries a robust alternative to state-directed investments by authoritarian governments”.

So how does it work? The IDFC is loosely modelled on the Chinese approach to infrastructure finance. Chinese development assistance is typically bilateral and prioritises long-term political objectives over profit. This explains why China funds infrastructure projects that institutional investors in the OECD deem too risky. The US is now taking on China by allowing the IDFC to operate in a similar fashion. Unencumbered by shareholder demands, the IDFC’s mandate is “to complement and be guided by overall United States foreign policy, development, and national security objectives”. In other words, it is meant to put politics before profit.

The question is whether this strategy really will contain China’s expanding sphere of influence. 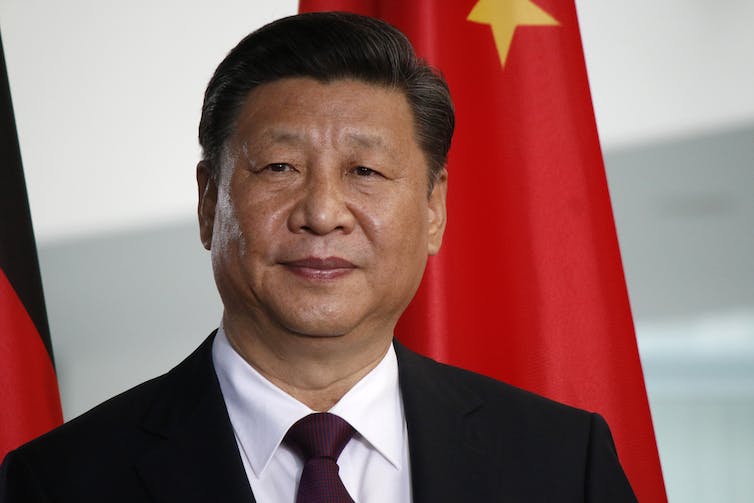 Certainly the IDFC needs a significantly larger budget to threaten China’s growing influence. After all, China finances multiple infrastructure projects beyond the BRI. In a recent summit with African leaders in Beijing, for example, Xi Jinping committed to invest US$60 billion in the continent, independent of the BRI. Furthermore, China is the largest shareholder in the Asian Infrastructure Investment Bank and enjoys influence in the New Development Bank – both of which also pursue objectives consistent with the BRI. Multilateral investment banks such as the World Bank have also already invested in infrastructure projects that complement the BRI.

Ultimately, then, the IDFC will be unable to limit China’s growing influence with a mere US$60 billion, and China’s sphere of influence will continue to expand regardless.

But the race to connect the world is significant because it will have tremendous impacts on emerging economies that suffer from inadequate infrastructure. Indeed, this scramble between the US and China will likely accelerate economic integration in places that have historically been isolated.

Both countries prioritise geopolitical objectives over developmental outcomes, so the challenge for recipient countries is to ensure such funding and initiatives foster sustainable, inclusive growth.

Chinese investment is required by Beijing to comply with local social and environmental laws, yet many low-income countries lack strong regulations. The IDFC, meanwhile, is required to “annually evaluate and report to the Board and Congress regarding compliance with environmental, social, labor, human rights, and transparency standards”. But it is unclear what standards the IDFC will embrace in any of these fields.

The quickening race between China and the US to connect the world does present opportunities for low-income countries held back by poor infrastructure. The question is whether the “beneficiaries” can ensure that the projects are sustainable and equitable in the long-run. If they can’t, much of the infrastructure will likely just further line American and Chinese pockets.