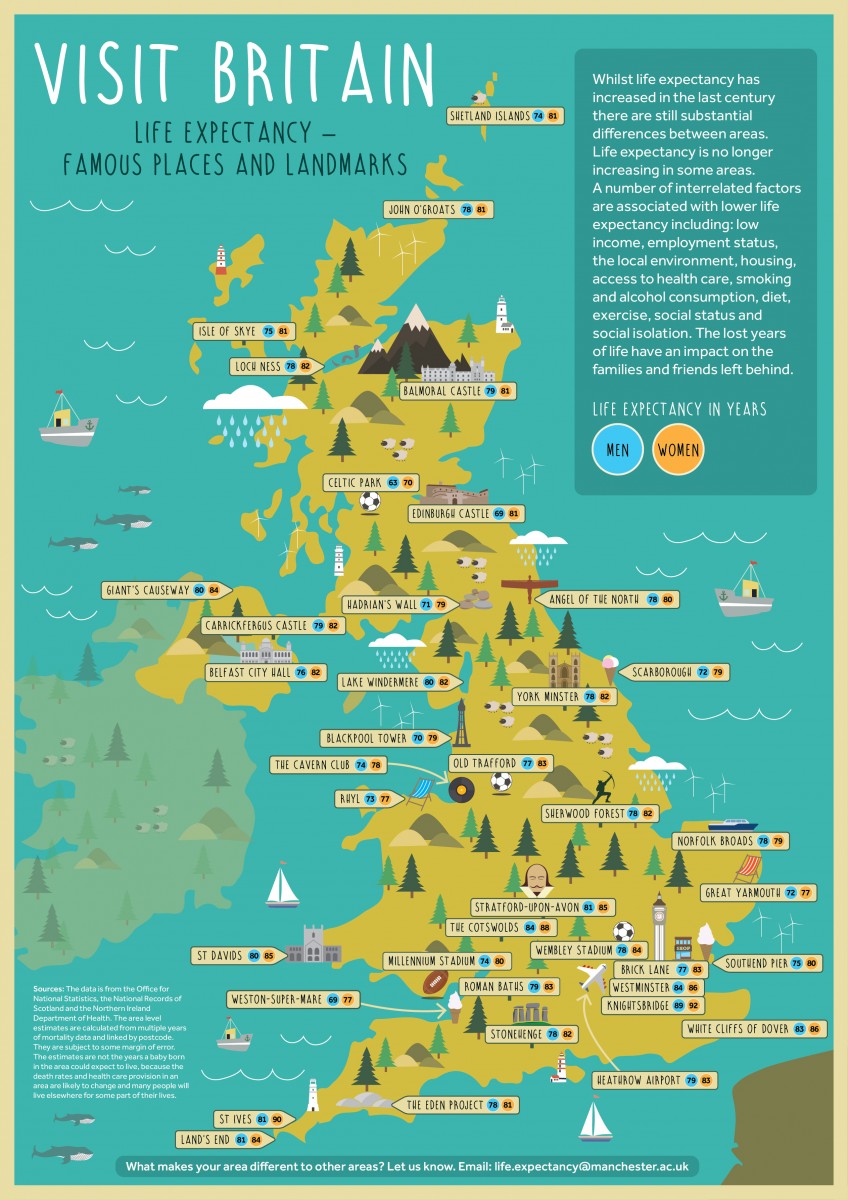 University researchers have highlighted the stark inequalities in life expectancy across the UK by producing a map of famous places and landmarks around the country.

Despite long-term increases in life expectancy in the UK since Victorian times, it is still lower than in many other countries with comparable levels of economic development.

Several studies have indicated that the life expectancy gap between economically deprived and prosperous areas is increasing, and evidence suggests that life expectancy has either stalled or began to decline in many areas of the country.

A decade of cuts to vital public services provided by local authorities and the National Health Service have been claimed to be impacting on health outcomes - for example, research by Age UK has highlighted how an estimated 1.8 million older people currently have unmet social care needs.

The deprivation level of an area is strongly linked with premature mortality, which shows that it is vital for the Government to recognise and address the ineqaulities in health outcomes.

The research has been published in the journal Environment and Planning A.