The idea of Sir Howard Bernstein – the man credited with spearheading the evolution of modern Manchester – being ‘the new boy’ is an odd one.

But having left with more than 45 years at Manchester City Council behind him, he has embarked on a new journey, one which includes an honorary professorship of politics at our University.

Sir Howard discusses change, pushing himself and why for him, when it comes to Manchester, it’s personal.

For 20 years Sir Howard Bernstein has been synonymous with a city on the up. Manchester’s rebirth after the 1996 IRA bomb, the 2002 Commonwealth Games, billions of pounds worth of international investment and a devolution agenda that has re-shaped the UK constitution: these are merely highlights of his celebrated tenure as Manchester City Council’s Chief Executive.

The city’s global standing as a place of business, study, enterprise and culture has soared under his watch – as, cheerfully for him, have the fortunes of Manchester City Football Club (where he is honorary president): the only thing that makes him as proud as family and Manchester itself.

His decision to step down from the city’s top civil service job marked a new chapter in his journey from town hall clerk in 1971 to chief executive, a role he held from 1998 till April this year. But Sir Howard is in the mood to look forward, not back.

"I’ve not been back inside the Town Hall since. That’s a promise I made when I left," he says as we sit down to talk on an early Manchester morning, the sun piercing through the city’s rain clouds.

Sir Howard meets us in the grand surroundings of The Refuge on Oxford Road, a few minutes from the University. He’s dressed in a grey suit, grey scarf and summer mac. At the age of 64 he has left the 5am starts, 18-hour days and seven-day weeks behind him, and the satisfaction he garners from re-introducing ‘life’ into his work-life balance is visible. He is more relaxed and open than ever, but his appetite for hard work remains undiminished.

"I’ve still got the buzz," he says. “My work ethic has never changed. Why should it?"

Energy in the tank

"The decision I took to step down wasn’t just right for Manchester (and an appropriate moment in Greater Manchester’s evolution) – it was right for me too. While there’s energy in the tank I still want to learn, do things; make a difference."

He splits his working week between the University and business consultancy Deloitte; a fine fit for a man whose model for boom-city Manchester blended the strengths of both its public and private sectors.

"When I started these new roles I had that new-boy feeling," he says, sipping tea. "People have invested heavily in me so I want to justify it; make the right impact. I’m in the office at 8am and I always answer emails.

"I can’t say I found the transition seamless. My self-confidence was tested. I’d worked in one place for over 40 years – to say I’d become institutionalised is the understatement of the year!" His gravelly laugh matches his distinctive, lived-in voice.

"Being taken out of my comfort zone was a challenge; but challenging yourself, constructively and positively, is how we grow as people. I feel better for doing it.

"I’ve learnt more about myself. I’ve demonstrated that I am a resilient character and have rethought working seven days a week, which I did for too many years.

"I worried I wouldn’t get the same kick at the end of a week, but I do. That sense of achievement, coupled with the knowledge I’m still making a difference, is very important to me.

"What’s hit me most is the people. I’ve been privileged to work with hugely talented people over many years. That keeps you young and inspired."

A professorship is not something he could have envisaged as a younger man, much like his knighthood, awarded in 2003.

"You can’t allow these things to overly complicate your life, but if I stop and think about it, I take them as recognition that I’ve made a contribution and that contribution is relevant," he reflects, then smiles.

"The only time being a knight makes any material difference is when you’re trying to get a table in a restaurant!"

The renaissance of a city

Sir Howard is energetic, obsessive and precise in his vision. Like Manchester, he prefers not to stand still. The city is resilient now, he says, but never without challenges.

“The University has been a central part of the city’s renaissance for as long as we can remember.

“You view any progressive, high-performing economy in the world and you’ll see a high-class research university at its heart. We now have real distinctive specialisms alongside one of the most attractive places for young people to come and study.

“One reason that we’re seeing so much interest from international companies and investors is because they see globally distinctive sectors of activity here.

“Sectors don’t appear in a city overnight, and the really successful places are the ones that not only harness the research and innovation potential of their universities, but also apply it, for example to manufacturing and other economic activities. That task is going to be even more important after Brexit.

“More graduates are staying in Manchester because they can work in a burgeoning commercial services sector, or a laboratory at the forefront of experimentation and research. We have developed the ecosystem which enables them to succeed. It wasn’t always like that.”

As someone who has sat on countless interview panels, he is clear on the qualities that graduates themselves must demonstrate.

“You look for balance, assuredness and maturity; awareness, a determination to succeed, ambition and aspiration; knowing where they’re trying to go and a willingness and responsiveness to succeed.

“I’ve never judged interviewees on self-confidence. People can look at me and say, ‘He’s self-confident.’ I can guarantee I wasn’t always like that.

“In my early career, I worried that I had to demonstrate I was a genius every time I opened my mouth, until a mentor held me back from a meeting and said ‘just a little bit of mediocrity, occasionally, would do’.”

The truth is there’s little that could be deemed mediocre about Sir Howard’s leadership style. He has a reputation for being able to negotiate with friends and foes alike.

“Not everyone is going to agree with you,” he says. “If you’re going to be a good leader in any field, you’ve got to be able to engage, inspire, persuade. If you're part of a team, you’ve got to demonstrate your own pragmatism and listen.”

That sense of achievement, coupled with the knowledge I’m still making a difference, is very important to me.

That pragmatism was never more present than in the robust constitutional strides made during the region’s devolution negotiations, including the transfer of Greater Manchester’s £6 billion health care budget from Westminster and a £450 million transformation pot to integrate health and social care.

“But for devolution, I would have gone earlier,” he says. “On a personal and public level, it felt like my duty.

“When the health devolution deal went live in April 2016, that’s when I started making plans. I’ve always been very passionate about the fact that health and social care, early intervention, are pivotal to reforming public services.

“If you’re genuine about a growing, successful economy it needs to be a productive one, and you cannot underestimate the impact of health and social care on life chances. I had to do that before I left.”

So what now for the man – and the city – that only looks forward?

“We’ve got to continue to develop and drive and articulate and champion the Northern Powerhouse strategy. That’s a responsibility for business and political leaders across the north of England. And we’ve got to hold government to account.”

Universities, too, face challenges following Brexit, but also have an important role to play. “In times like this, probably the most unpredictable political landscape we’ve seen in decades, those connected to a university can shed sense and light on what’s going on,” he says.

“Coming here gives me a broader perspective. I think I bring a little experience around political leadership and constitutional change. Debate and discussion of these will, I think, become increasingly important.

“And I want to continue to play a part in helping to shape regional and, where possible, national policy – although that’s not about getting in anyone’s face and saying, ‘I wouldn’t have done it quite like that’.”

For the past ten years Sir Howard has used the Christmas break to take stock, to ask himself if he can continue in the job he just left for another five years – for that, he says, is how long it takes to run a city on the up. This year, the pressure is off, publicly if not privately.

“It still riles me if I read something when someone’s having a go at this city, but equally I can be a bit more distanced,” he says.

“I will always take things that happen in Manchester personally.” 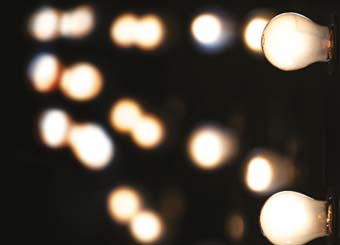 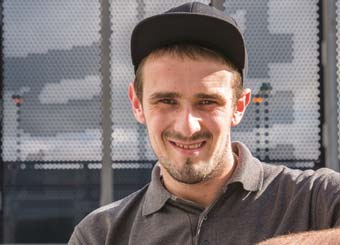