As the only university in the UK to make it a core strategic goal, it’s no secret that The University of Manchester is thinking big when it comes to social responsibility.

The University has just published Measuring the Difference, a report into the economic and social impact of the institution upon Greater Manchester and the UK as a whole. The numbers make impressive reading.

Our turnover, for example, is higher than both Manchester United and Manchester City’s combined. Almost 21,300 jobs in Greater Manchester are dependent on the University and our students. Across the UK as a whole, nearly £1.3 billion of the country’s gross domestic product can be traced back to the University.

However, the true weight of the University’s commitment to social responsibility can only really be appreciated when you look at the real people behind the big numbers.

“While it’s vital that we capture and measure the impact of our social responsibility programmes,” says Professor James Thompson, Associate Vice-President for Social Responsibility, “we must also tell the real-life stories of how we’re changing people’s lives.”

Choel Cartwright is a local resident committed to her community. She is a proactive member of the steering group for a new project to position the University as an ‘anchor institution’, bringing benefits to neighbouring Ardwick. She has also been working with the University on a range of projects after years of redevelopment in the area.

She says the reason Manchester’s social responsibility schemes work is “because you can tell they really care”.

“Working with the University has really built bridges with the local community,” she says. “It supports us to help ourselves, rather than just doing things for us, which I think is very important: it gives us control over what happens on our doorstep.

“It’s always struck me that Manchester is one of the top universities in the world, yet it’s next to one of the country’s most deprived areas. That’s not right.”

Choel believes new community-University partnerships such as helping to re-introduce green spaces in Ardwick have helped bring the two closer together.

“Historically, the University hasn’t really been connected with Ardwick,” she says. “Even the way the buildings are designed – they all have their backs facing us. Students also don’t tend to walk through the area, even though it’s often the most direct route to campus. By making Ardwick more attractive and introducing more green spaces, the two communities will be encouraged to integrate and move closer together.”

By positioning itself as an anchor institution, the University is making great strides as an organisation, improving connections with neighbouring communities and changing the lives of local people for the better.

Joe Beeso-Cope, a Project Administrator at the University, describes the philosophy behind it: “We have approximately 10,000 members of staff at Manchester, so if every one of our employees does just one small thing for the environment, we can multiply each act by 10,000 and make a huge collective difference. That’s the whole point of 10,000 Actions.”

All our initiatives aim to make a positive difference to people’s lives.

Joe oozes enthusiasm when it comes to the environment, and the programme has given him the tools he needs to make a difference in his everyday life. “I’m now taking the tram to work instead of driving,” he explains. “At work, rather than printing out posters, I create digital advertisements and send them via email – it turns out they’re actually much more effective!”

But he’s not satisfied with just making changes himself – Joe now supports other colleagues to take positive action. “I’ve unofficially become the sustainability lead in the building, so people ask me questions about how they can have a greater impact,” he says.

“It feels good. You can’t escape the small feeling of gratitude you experience every time you know you’re making a difference.”

The initiative with perhaps the most tangible impact on the lives of individuals is The Works, an innovative employment and training initiative working at the heart of local communities in Moss Side and Ardwick. The Works has so far helped more than 3,000 local residents access job opportunities with the University and other partner employers.

Alvin Bell is one of them. “Alvin came in for a two-day contract and impressed us that much we said come again next week,” recalls James Blackshaw, Alvin’s employer and Senior Construction Manager with our Bruntwood construction partner. “After that, we decided to take him on full-time. There wasn’t actually a position available, so we created one just to keep him on!”

Alvin’s broad smile is brimming with excitement, pride and gratitude – irrefutable evidence of the way his life has changed over the past year. “It feels good to have responsibility and complete a job that everyone’s happy with,” he says. “I’m still learning, but that’s what I want – something that challenges me.”

But it’s much more than a matter of pride for Alvin. Having this job has transformed his life and opened doors to a brighter future. “Before, I couldn’t see a way forward, but now I can,” he says.

“You don’t know what your future holds when you’re depending on short-term contracts. Now I have a secure job, my life has changed a lot. I have my own place and I’m seeing my kids more. I didn’t really have much contact with them before because I couldn’t afford to travel, so that’s brilliant. The Works has done a lot for me.”

It’s clear that by making a difference to individual’s lives, The University of Manchester can make a wider impact on society.

Indeed, Julian Skyrme, Director of Social Responsibility at the University, says: “All our initiatives aim to make a positive difference to people’s lives – whether it’s through research, students, staff or alumni, the offer of employment, or an inspirational encounter at one of our cultural institutions.”

So let’s try a new kind of statistic. Multiply the transformation of one life by the sheer scale and breadth of the initiatives the University is committed to, and the impact starts to become clear: it’s huge.

For more information on our social responsibility initiatives, explore: http://www.manchester.ac.uk/discover/social-responsibility/ 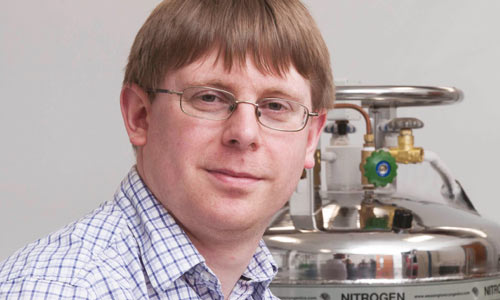