Images by iStock/sturti and academics' own

Right across the UK, normal life took a sudden twist in mid-March 2020. Around the same time, work for some University of Manchester staff from the Faculty of Biology, Medicine and Health entered uncharted territory too.

Just ahead of the UK entering lockdown to mitigate the accelerated spread of SARS-CoV-2, the new coronavirus sweeping its way through the population, several of our clinical academics were released from their usual duties to join the frontline. They teamed up with other NHS workers to tackle the disease and treat those entering hospital with serious COVID-19 symptoms.

As the peak of the pandemic approached, these academics’ research projects, laboratory work and teaching were held in suspension and exchanged for a new, high-pressured and emotionally charged working week. Normal activity was replaced by treating patients in acute need on a busy hospital ward and trying to win the battle against a brand new, and still little-understood, virus.

Two of our staff from the Division of Cardiovascular Sciences, Professor Maciej Tomaszewski and Dr Adam Greenstein, can share the experience of working at Manchester Royal Infirmary (MRI) during this unprecedented time.

Two things Dr Greenstein immediately mentions are the “complete privilege” of being able to do this work and the intensity of this period.

“It was the worst seven weeks of my life,” Dr Greenstein reflects. “Normally, I do research investigating why hypertension causes dementia. However, for the last two months I’ve worked as a Care of the Elderly physician on a COVID-19 ward. I have had unbearably sad conversations with patients and families that have been excruciatingly painful.

“However, I am incredibly proud to have used my skills to serve this wonderful country during this time of need.”

The doctors’ sense of duty, and the reward they find in their work, is evident. Dr Greenstein says that he wanted to volunteer where he could help the most. That’s how he found himself, alongside his colleague Professor Tomaszewski, overseeing a male and a female ward for elderly COVID-19 patients, working nights for the first time since 2009 and, on one occasion, an 80-hour week.

His role, as principal senior consultant, involved co-ordinating the wards and rotating staff with different specialities at fast pace. He had to ensure that the right people were in the right place at the right time and that they felt supported during anxious times.

Usually, half of Dr Greenstein’s time is spent conducting British Heart Foundation-funded research at The University of Manchester, with rest of the week at MRI looking after around 15 patients at a time. During this period, his work at MRI took over, with him having 55 patients in his care.

Sadly, although lower than comparative national average figures, he was often dealing with four to five deaths a day at peak times, compared to the pre-pandemic norm was around one to two deaths on his ward per week.

The emotional, mental and physical turmoil was intense. However, he believes his background and training in looking after patients with complex needs had prepared him as well as possible.

Professor Tomaszewski and Dr Greenstein saw not only the devastating impact of this novel disease on patients and their families, but also on NHS staff who became infected too.

Good quality care was provided for all patients. The vast majority pulled through, but for those for whom treatment couldn’t save them, the doctors and their teams were there to comfort and help them have as dignified an end to their life as possible. Pastoral care was arranged and importance was placed on communication with families, as well as emotional engagement with the patients.

One of several notes of gratitude written by patients’ relatives reads: “I wanted to tell you how much the compassionate and personal care my mum is receiving means to all of us. We’re so comforted that, as she approaches the end of her life, although we can’t be all with her, she’s in safe and loving hands.”

This is a story of compassion and humanity. Courage and hope. Friendship and teamwork.

“Seeing the impact on patients and their families was heart-breaking”, says Professor Tomaszewski, “Nothing in our prior medical career could prepare us for what we have seen. And yet, you see that the worst of times really does bring out the best in everyone.”

Professor Tomaszewski explains that, despite enormous pressure on them, in the most threatening environment health-wise, there were solid teams on the wards – nurses, doctors and other healthcare NHS professionals working together with kindness to help each other survive through the difficult times.

Professor Tomaszewski also said that both he and Dr Greenstein gave each other mutual support and were further helped by senior consultants, including Professor Tony Heagerty, Head of the University’s School of Medical Sciences, who was looking after patients at the acute medical unit from the very outset of the pandemic.

A home-baked cake rota was established, while food deliveries for NHS staff were welcomed from local chefs who, following their restaurants being closed, had turned their efforts to volunteering and keeping our vital workers going.

How did the doctors manage to keep things on an even keel? Going out for runs to clear his head was Dr Greenstein’s response – which were a “necessity”. Both relied on Netflix to offer a distraction away from the virus after a busy shift. A cycle of eat, Netflix, sleep, work, repeat was was the routine on most days.

But they also had other obligations to keep them occupied in whatever additional time they had available.

Academic commitments and leadership responsibilities at the University and beyond did not go away. So, they had to find time to continue with research, supporting their trainees and keeping the morale of their research associates and students up.

I’ve seen a lot of different disorders during my 20-year medical career but have never seen anything like this.

After a long day in hospital, and cooking and eating dinner, there was work on research papers to be done. For Professor Tomaszewski, this meant switching to a different gear at home.

One of his most recent papers, written together with his team, Dr Greenstein and Professor Heagerty during this time, was inspired by clinical discussions in the hospital.

The team outlined the lack of association between the tissue expression of the receptor for the virus and commonly prescribed blood–pressure-lowering medications. This confirmed the safety of taking blood pressure tablets – an important message for those who worried that specific types of blood pressure medications were increasing the risk of the infection and the severity of COVID-19.

“This disease is brand new to us,” Professor Tomaszewski explains, “and although deadly and dangerous, it’s a fascinating disease. I’ve seen a lot of different disorders during my 20-year medical career but have never seen anything like this.”

His intellectual curiosity is piqued by the prospect of potential new research breakthroughs to solve the biggest global challenge to present itself in decades. Discussions and scientific observations over coffee took place between him, Dr Greenstein and Professor Heagerty, allowing them to examine this disease more closely from a theoretical perspective.

Both academics have also been infected by the illness too, and have had to self-isolate for 14 days until fully recovered. The hope that this has given them immunity has helped keep them going.

At the same time, they’ve also been making steps to solve big challenges on longer-term projects which they were working on before COVID-19.

Dr Greenstein’s research team had been making significant progress in understanding Alzheimer’s before being forced to abandon their laboratories. His PhD students have been rearing to get back and pick up where they left off as feel they’ve cracked understanding a model of the illness. But things have had to wait while COVID-19 demanded attention and had taken over the national consciousness and hospital wards.

Dr Greenstein is hopeful that full energy can be shifted back to these other important areas soon and his clinical and laboratory research programme, investigating the relationship between hypertension and small artery function, can be once again picked up.

He describes the privilege of being able to represent the University he once studied at on the hospital wards and give back to the region that brought so much joy during his student days.

He remembers a lovely, sunny day in the height of the ‘Madchester’ scene in the mid-90s, travelling up to Manchester from London, falling in love with the city and deciding to train in medicine here.

When Dr Greenstein and Professor Tomaszewski return to their familiar labs on campus, they will continue research into keeping coronavirus and other conditions at bay. They have, however, already given so much to help improve so many lives. 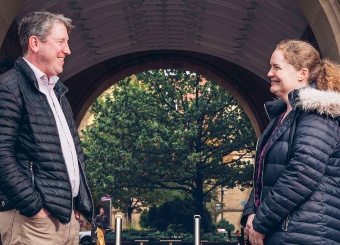 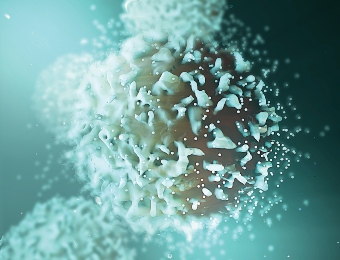 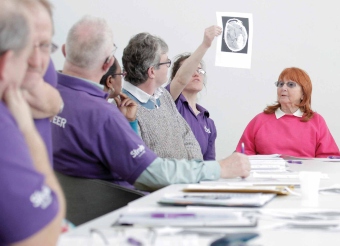