In ten years’ time, half the population of Europe will suffer from an allergy*, so the race is on to improve our understanding of allergies – with University scientists using citizens to find the answer.

Data on seasonal allergies is so limited that scientists have launched a unique new application called the #BritainBreathing app in partnership with the Royal Society of Biology and the British Society for Immunology.

The app will collect information on the symptoms experienced by thousands of ‘citizen sensors’ located nationwide, each one suffering from allergies such as hay fever and asthma, to understand why allergies are increasing in the UK.

Citizen science is a new way of engaging more closely with the public about science, whether they’re schoolchildren, patients, charities or policymakers.

“I see public engagement as our duty,” explains Dr Sheena Cruickshank, the University’s Academic Lead for Public Engagement. “We’re doing research that’s important for the public, so we should be sharing and even involving the public too.”

Dr Cruickshank’s Worm Wagon is one example of this, where interactive games and traditional Indian art (Rangoli) are used to raise awareness of how infectious diseases spread.

Work like this is leading the way in engaging people with scientific research, and Dr Cruickshank will also soon embark on a Public Engagement Fellowship with the American Association for the Advancement of Science (AAAS). She’s the only fellow to be selected from a UK university this year.

“Direct interaction with the public has really changed the way I do research,” says Dr Cruickshank. In fact, hearing directly from allergy sufferers sparked the #BritainBreathing project in the first place.

“I was working with migrant communities from countries where worm infections are common. Now they’re living in the UK they don’t have the infection, but we found they all still had a lot of allergies.

“There is this idea that we have more allergies in the UK because we’re cleaner and have less infections, but that means our immune systems aren’t challenged either,” says Dr Cruickshank.

“There’s a cocktail of events happening – pollens becoming more immunogenic and provoking an immune response, or pollutants damaging our airways. There are many hypotheses and strands of evidence but we want to try and pull it all together.”

In the pilot period alone, over 20,000 pieces of data were captured by the #BritainBreathing app showing when, where and how allergy symptoms strike.

In the long-term, it’s about unpicking the science: plotting the data alongside other data sets like weather and pollution to shed new light on why allergies are increasing in the UK and Europe.

If you suffer from allergies, you can take part by downloading the app from Apple’s App Store or Google Play.

Find out more at: 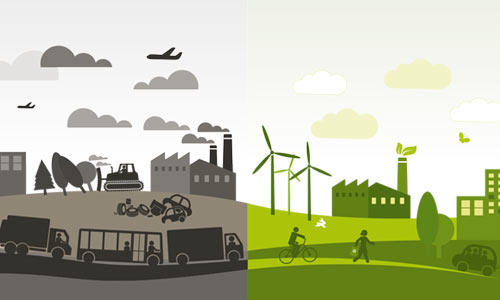