The University of Manchester and IntoUniversity have partnered on a new centre in north Manchester to help young people make the best of their talents and improve their chances of getting into university.

A few months ago, 12-year-old Paige hadn’t ever thought about university. Yet on this sunny Thursday afternoon, she’s flicking through an undergraduate prospectus at the new Manchester North IntoUniversity centre.

The centre, funded by donations, is a partnership between the University and educational charity IntoUniversity. The centre is an important part of the University’s widening participation strategy to address inequality of opportunity, complementing the University’s existing activity with an innovative approach that offers a constant presence in the local community.

“We aim to improve and increase young people’s aspirations,” explains Olivia McMurray, the centre’s team leader. “We talk to students from Year 3 or 4 all the way through to when they’re 18. Hopefully through this long-term relationship they can make an informed decision, whether that’s to attend university or another aspirational choice.”

The centre runs free sessions during the day and after school including academic support, mentoring, and post-16 guidance. Paige is currently doing the Future Readiness Programme, designed to improve skills like communication and teamwork.

Today, she’s compiling fact files on six different undergraduate courses of her choosing. She’s writing about what each course is like and what pathway she might have to take to study it.

“When I first came here I didn’t even think about university. I didn’t know what it was because I never talked about it. But when I started coming here and looking into it, I warmed to it.“

The centre is based at the Co-op Academy North Manchester in Blackley, an area of Manchester where rates of higher education participation can be less than half the national average.

We aim to improve and increase young people’s aspirations.

For Jack, an education worker at the centre and a Manchester graduate, the local area reminds him of where he grew up.

“Where I grew up in South Shields I really saw the need for widening participation schemes,” he says. “Spending on these can be hard to get right, but when I read through the literature it convinced me that this long-term approach really works.”

Students who come through IntoUniversity are nearly twice as likely to progress to higher education compared to the national average.

Jack often sees himself in the students he works with. “At our launch event I met a student who was in exactly the same place as me when I was his age,” he comments. “He loves school and just wants to get on. It’s fantastic that he’s got the centre here to give him a hand.”

As well as providing 50% of the funding, the University also invites young people on to campus and provides mentors for students at the centre.

“We’ve not done it at school yet, but I’ve been doing my own research.”

Since the centre opened in November 2018, Olivia has already seen big changes in the students attending the centre.

“Paige is a brilliant example of someone who has increased their confidence since coming here. It’s nice to see students flourish. I’m confident that’s only going to improve as we continue.”

Find out more about Manchester’s commitment to widen participation. 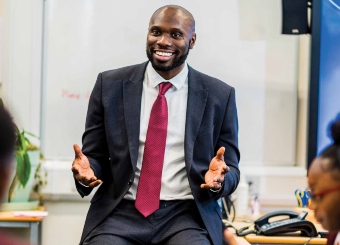 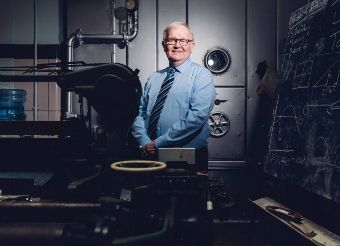