Albert Einstein’s general theory of relativity changed the world as we know it. A century after a Manchester alumnus proved the theory, Professor Camden Reeves is celebrating the moment through music.

Arthur Stanley Eddington, a physicist and mathematician who studied at Owen’s College – now The University of Manchester – led an expedition to the island of Principe in May 1919 to measure the stars around a solar eclipse. The measurements proved starlight shifted precisely according to Einstein’s equations, and proved that mass can warp space. Einstein was propelled to world fame.

Inspired by the centenary of Eddington’s experiment and what it meant to our understanding of light, time and space, Camden Reeves, Professor of Music in Manchester’s Faculty of Humanities, has composed a new orchestral piece Light Speed with Time Canons, which premiered on 6 November 2019 in a performance by the BBC Philharmonic Orchestra, led by Australian conductor Simone Young.

I think art reveals truths about the universe in a different way.

The composition has been masterminded by Camden to reflect the general theory of relativity, and is a celebration of Eddington, whose experiment changed everything, and yet is unfamiliar to many.

“I think art reveals truths about the universe in a different way and there's a lot of the parallels that manifest in the music that I've written – particularly rhythmically and harmonically,” Professor Reeves says.

A lifelong passion for science meant inspiration for his homage to the theory came easily, allowing music to complement the physical theory.

“I felt that this project is a kind of summation of all the compositional research I've been doing for about 20 years because I've been exploring canons as a musical principle,” he explains. “The piece seemed to be writing itself in a way that was quite odd because it’s normally really hard work but all these threads seem to come together neatly.”

Light Speed with Time Canons was commissioned by the BBC Philharmonic Orchestra in Manchester and is dedicated to Emeritus Professor of Music John Casken, “a constant and shining light of inspiration” to Professor Reeves.

Find out more about Creative Manchester. 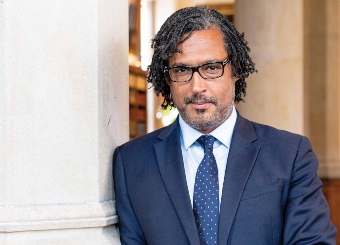 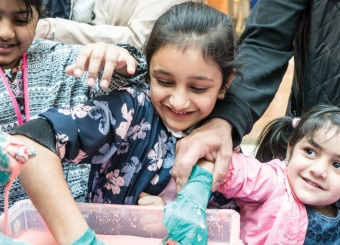