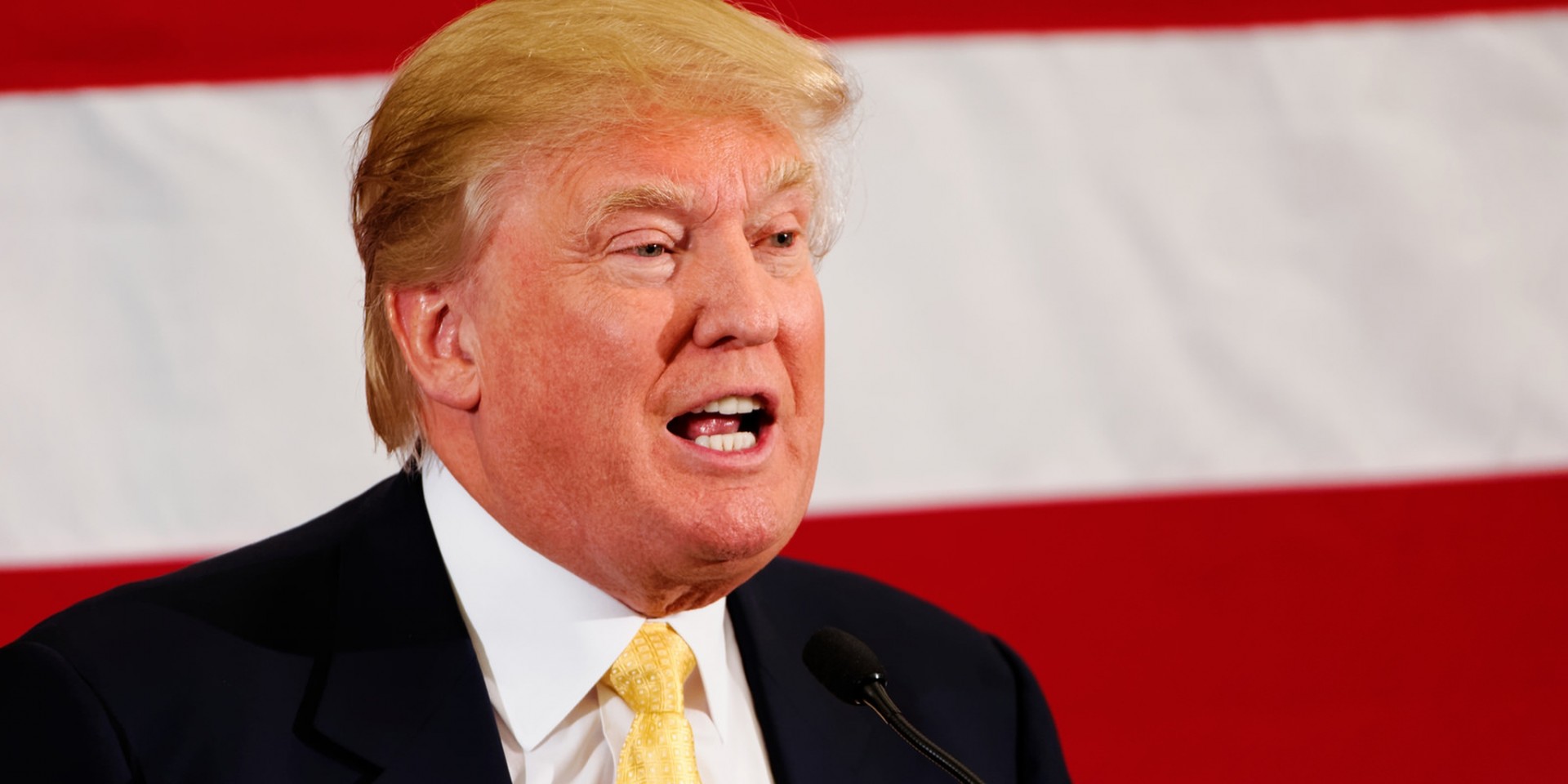 It has now been 100 days since Donald Trump became the President of the United States of America, and to mark this, a panel discussion took place this week where Dr Travis Gosa of Cornell University joined The University of Manchester's Dr Molly Geidel and Dr J. Michelle Coghlan. Here, they outline their opinions about Mr. Trump's impact at home and abroad. 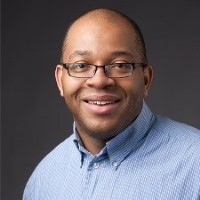 I have only one message for the Trump administration: “I'm already exhausted from so much winning!”

My assessment of the first 100 days of the Trump Presidency has nothing to do with the rapid dismantling of Obama-era mandates or the record number of executive orders signed so far. Mexico hasn’t paid for a wall and, it turns out after all, that healthcare reform is “complicated.” However, as a sociologist who studies the intersection of popular culture and electoral politics in the United States, I applaud Mr. Trump for succeeding in turning American democracy into the greatest reality show (circus) on earth.

While others have already critiqued the white nationalism, xenophobia, sexism, nepotism, militarism, and anti-science stance of the Trump administration, I will focus on the power of the “Trump Show.” A savvy master of mass-distraction, Mr. Trump has shown the ability to monopolize our already divided attention with controversy, propaganda, misinformation, conspiracy theory, and witty social media Tweets—all while vacation 33 of 94 days at his luxury resorts.

The Trump Show strategy of governing is an attempt to suppress normal political discourse and circumvent traditional political gatekeepers—including public opinion, party elites, and the Press (the so called “4th Estate”)—by exploiting weaknesses in the attention economy. The daily, non-stop Trump coverage that dominates our Facebook feeds, news media, and late-night comedy shows makes it difficult (if not impossible) for even engaged citizens to synthetize, assess, and respond to the administration’s actions.

America finds herself trapped by a vicious outrage cycle. One half of the nation, critical of Trump’s antics, spends most waking hours expecting World War III. The other half, amused by the political incorrectness and exaggerated victories, stay glued to Fox News and the President’s Twitter feed.

To be clear, political theatre with a lack of substance (or morality) isn’t a new feature of American politics. To recall, the stunts, exploits and scandals Bill and Hillary Clinton have consumed our time from 1992 until today. Whitewater to Monica Lewinsky to Benghazi to hacked email servers to “PizzaGate” is part of that long-standing circus, which distracted attention away from real and questionable domestic and foreign policies decisions made by the Clintons.

The scope of the Trump Show, though, is unprecedented. Besides the personal enrichment of the Trump family brand, the winners in this arrangement will certainly include everyone who profits from advertising revenue: the clicks, views, “likes,” and hate-retweets of the latest Trump stunt has become a boon to the media industries. What remains to be seen is whether or how we can continue to pay attention to the Trump Show for the next 2,820 days (or 8 years). Will we tune-out and log-off, and at what cost? 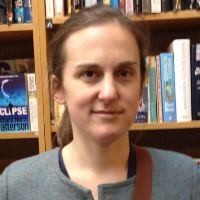 Perhaps surprisingly, Trump’s foreign and migration policies have followed the central assumptions and strategies of the Obama administration to their logical conclusions.

In foreign policy, Obama’s War on Terror policy was one of opening new fronts, and of targeted assassinations. The Obama justice department expanded on the Bush administration’s executive reach to create a framework for killing anyone, anywhere in the world, suspected of being a terrorist, even if they’re not plotting a terror attack. The logic here is dubious: just kill anyone who wishes you harm, without much thought to an endgame.

Trump was elected partly because he criticised Clinton’s interventionist record. But he’s so far pursued policies that look like an extreme version of Obama’s. Airstrikes in Syria and Mosul, and the “Mother of all Bombs” dropped on Afghanistan, reflect this same strategy of wiping out every single person in the world who wishes you ill.

On immigration policy, the Trump administration has followed the logic of the Obama administration in its criminalisation of immigrants. Obama promised in 2014 to deport “Felons, not families,” stepping up raids and border enforcement while clearing a path to citizenship for those who arrived “innocently” as children. This policy advanced the false assumption that criminal migrants are a problem in the United States. In fact, around 60% of those deported after 2014 were accused only of immigration crimes.

Trump has taken this idea of immigrant criminality and run wild with it: he invited families of victims who were “gunned down by illegal immigrants” to his address to Congress, he’s now instituted “victims of immigration crime” office, and he has even used this framework to deport activists, who are suddenly criminalised. This last strategy is not very smart, since activists tend to have resources and media contacts, but it’s another instance of carrying out a set of assumptions shared by the Obama administration to its logical, if inhumane, conclusion. But in contrast to Obama’s policies, Trump’s strategy on migration so far has failed, partly because of his targeting of activists and professionals.

This is what gives me hope: while the Obama administration could deport more than three million people without much public outrage, Trump is awakening more and more Americans to the injustice of uprooting people’s lives. Trump is much clumsier than Obama. And that gives us an opportunity. 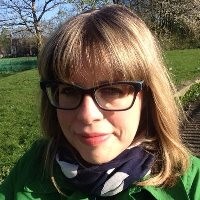 Many commentators in the US have rightly pointed to how often Trump has failed in his first 100 days office: the forced resignation of - and escalating allegations against - his national security advisor, Mike Flynn; his controversial travel ban halted by a judicial order; his much-discussed wall that will now, he admits, “eventually but at a later date” be paid for by Mexico; the stunning defeat of the repeal of the Affordable Care Act; and, of course, his approval ratings, which are currently the lowest on record.

But in one sense, at least, Trump has actually spectacularly succeeded: his presidency and his policies have catalyzed unprecedented levels of protest, direct political participation, grassroots organizing, and everyday forms of activism in the US. This growing anti-Trump movement has come to be known simply as “the resistance” and so far has staged a number of mass demonstrations across the country.

The biggest of these, the Women’s March, was held just one day after Trump’s inauguration, and drew some 500,000 to DC and 4 million across the US - a demonstration estimated to be the largest mass protest in US history.

But it’s worth remembering - not least because Trump has so vocally claimed these demonstrators have been “paid” to be there, much as Civil Rights-era protestors were once dismissed as “outside agitators” in the South - that what is perhaps most impressive about this emerging resistance movement is not its scale but instead the ways it is engaging Americans who never before considered themselves in any way “political.”

These newly energized, newly organized, not-at-all-the-usual-activist types have found themselves attending marches, but even more importantly involving themselves in local and national politics on a daily basis. They are calling the offices of their congressional representatives and voicing their views at congressional town hall meetings, often for the first time in their lives. And politicians are beginning to realize the battle for the 2018 mid-term elections has begun.

This new political movement is, however, best situated within a much longer, still-ongoing story of radical resistance in the US - the leftist past that Americans too often forget we’ve had. For as one newly “electoralized” resistance activist described it, that longer story is a reminder not only of how slow change can be in coming and how much work has gone into past fights for justice, but also that the tide can, even against all odds, turn.