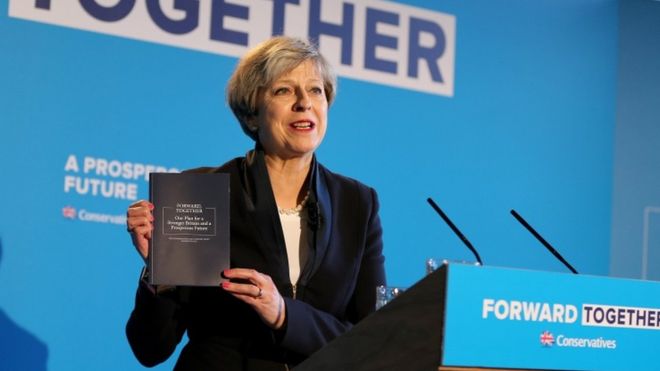 Tories failed to fulfil half of their 2017 manifesto pledges, research finds

The General Election campaign has reached the stage where the parties begin unveiling their manifestos. But does this even matter - and do parties actually follow through on their promises?

A new collaboration between academics from The University of Manchester and Civic Tech Platform GovTracker used sophisticated polling techniques to estimate how important voters perceived each promise in the 2017 Conservative manifesto to be. This data was then combined with information on the government’s progress, to calculate how well they had delivered on their campaign promises.

The Conservatives fulfilled a large proportion of the promises that the academics’ weighting system classified as ‘less important’. Once the importance of different promises is accounted for, the research found that the outgoing Conservative government achieved less than half of what it set out to do.

Many of the promises completed are not exactly what the average voter would think of when they consider the government’s platform. Promises such as "Use 3rd party identification to make accessing online government services more secure" and "Update the laws on selling pets" may be valuable policies, but they probably weren’t what anyone was thinking of when deciding whether to vote for the Conservatives in 2017.

“People thought the most important Conservative promise was to Leave the EU - they failed to do so. Whether or not this failure was their fault, it substantially impacts upon how we judge the success of their term in office” Jordan Urban of GovTracker noted.

This was compounded by failures on other key promises to reduce immigration, cut the deficit, balance the budget and lift the ban on new grammar schools.“Voters have long been sceptical that parties will fulfil their election promises, said Dr Chris Prosser of The University of Manchester. “The academic literature has generally rated governments a lot more sympathetically, finding that parties fulfil most of their campaign promises, but our new methodology produces a result that aligns more with the common-sense view. Our raw figures show that the Conservatives fulfilled 175 out of 257 promises, which sounds impressive, but it is questionable whether voters thought many of those 175 promises were important.”

So what does this mean for the 2019 General Election? “Voters aren’t always misguided in their scepticism about parties’ most eye-catching promises” said Adam Feldman of GovTracker.

The five most central Conservative promises were:

While the five least central Conservative promises were:

Many of these policies are looked on favourably by the public, but very few people associated them with the Conservatives’ agenda in 2017.

Tories failed to fulfil half of their 2017 manifesto pledges, research finds