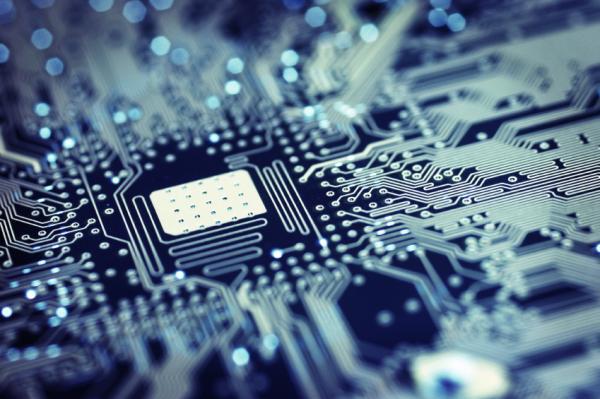 Researchers from The University of Manchester, with colleagues from the universities of Groningen and Utrecht in the Netherlands, say 3D curved microchip structures could be used to develop more powerful – and energy efficient – spin-based computers.

The work, published online in the journal Nano Letters, outlines the main challenges involved in creating 3D curved microchips that rely on the “spin” of electrons to carry and store information. According to Dr Ivan Vera-Marun, a lead researcher on the study, the key issue is that spin-based microchips are usually 2D structures. Therefore, a fundamental challenge when building 3D structures is transporting electrons without losing their unique spin properties. Collectively, the use of electron spin in electronics is known as “spintronics”.

To investigate this, the researchers used ion beams – a form of molecular sandblasting – to carve trenches in a piece of silicon, the material which forms the basis of microchips. They then grew nano-scale aluminium channels across these trenches, through which the electrons could travel. The movement of the electrons through these curved channels, and across the trenches, mimics the movement of electrons through a 3D structure with multiple layers of material. In doing so, the researchers hoped to discover what factors affect the spin and charge of electrons, characteristics which affect the efficiency and speed of electronic devices. 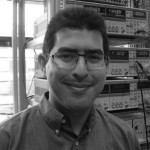 This could help to create more energy efficient electronics, as spintronics is an attractive way of creating low-power devices.

Arguably the most important finding to come from the paper is that the shape and varying thickness of the aluminium channels directly affected these characteristics. “What we discovered is that variations in the trench size would affect spin and charge transport in the channel differently,” explains Dr Kumar Sourav Das, then a PhD student supervised by Dr Vera-Marun. Dr Das added; “Thus, we could independently tune both spin and charge currents based on the channel geometry.” This could help to create more energy efficient electronics, as spintronics is an attractive way of creating low-power devices.

Spintronics are already used in memory storage, and the authors suggest a number of applications for this new research, including the possibility to use it as the basis for a new generation of quantum computer chips.

The study was performed under the umbrella of the FET European project “Curved nanomembranes for Topological Quantum Computation”. The experiments were initiated and supervised by Dr Ivan Vera-Marun, currently at The University of Manchester. Dr Kumar Sourav Das performed the experiments as a part of his PhD project in the group of Prof Bart van Wees, part of the Zernike Institute for Advanced Materials at the University of Groningen. The curved created by ion beam were designed at the HZDR Dresden by Dr. Denys Makarov. The theoretical model was created by Dr Carmine Ortix at Utrecht University, with colleagues from Italy.