Parkinson's is a complex disease to diagnose and relies on practitioners' ability to recognise a myriad of different symptoms. Professor Perdita Barran and Joy Milne are working on ways to improve Parkinson's diagnosis. 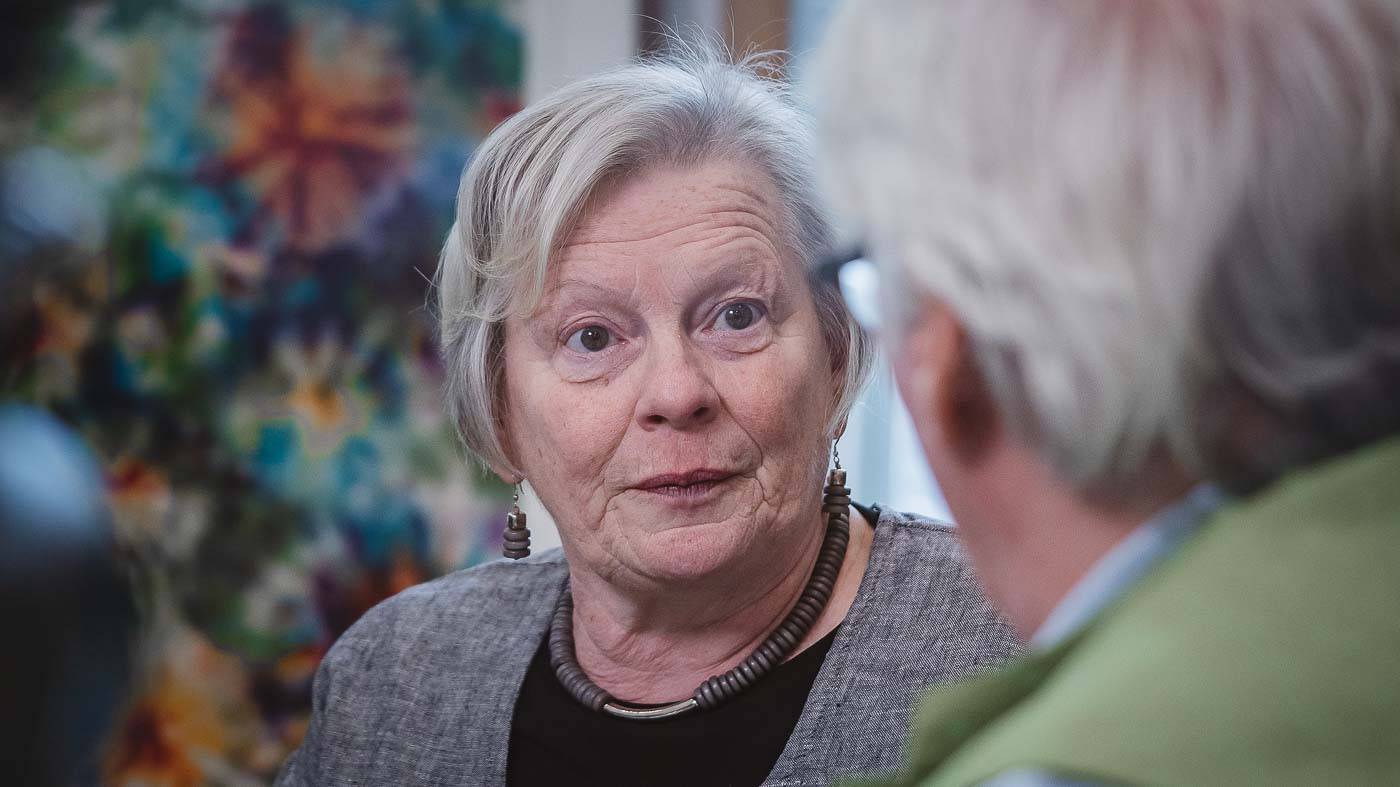 Joy Milne is a ‘super smeller’, she has a rare condition called hyperosmia that gives her an extremely sensitive sense of smell. Throughout her life she has experienced the world differently from those with a regular nose, so much so that when she became a nurse, she noticed people with different diseases had different smells. Initially she didn’t connect the smells to the diseases but when her husband, Les, was diagnosed with Parkinson’s Disease (PD) that’s when it all clicked into place.

“My husband’s smell changed when he was about 30, it went from a fairly standard musky-man-smell to quite an unpleasant musty smell”, she tells us. “He was diagnosed with Parkinson’s about 12 years later and it was when we attended a Parkinson’s support group that I realised everyone else there had the same smell”.

It is this unique ability that caught the attention of Perdita Barran, Professor of Mass Spectrometry in the Manchester Institute of Biotechnology at The University of Manchester. “We realised that if Joy could smell Parkinson’s, there must be something unique happening in people with Parkinson’s (PwP), and so we set about trying to identify what ever it was that created the smell”. 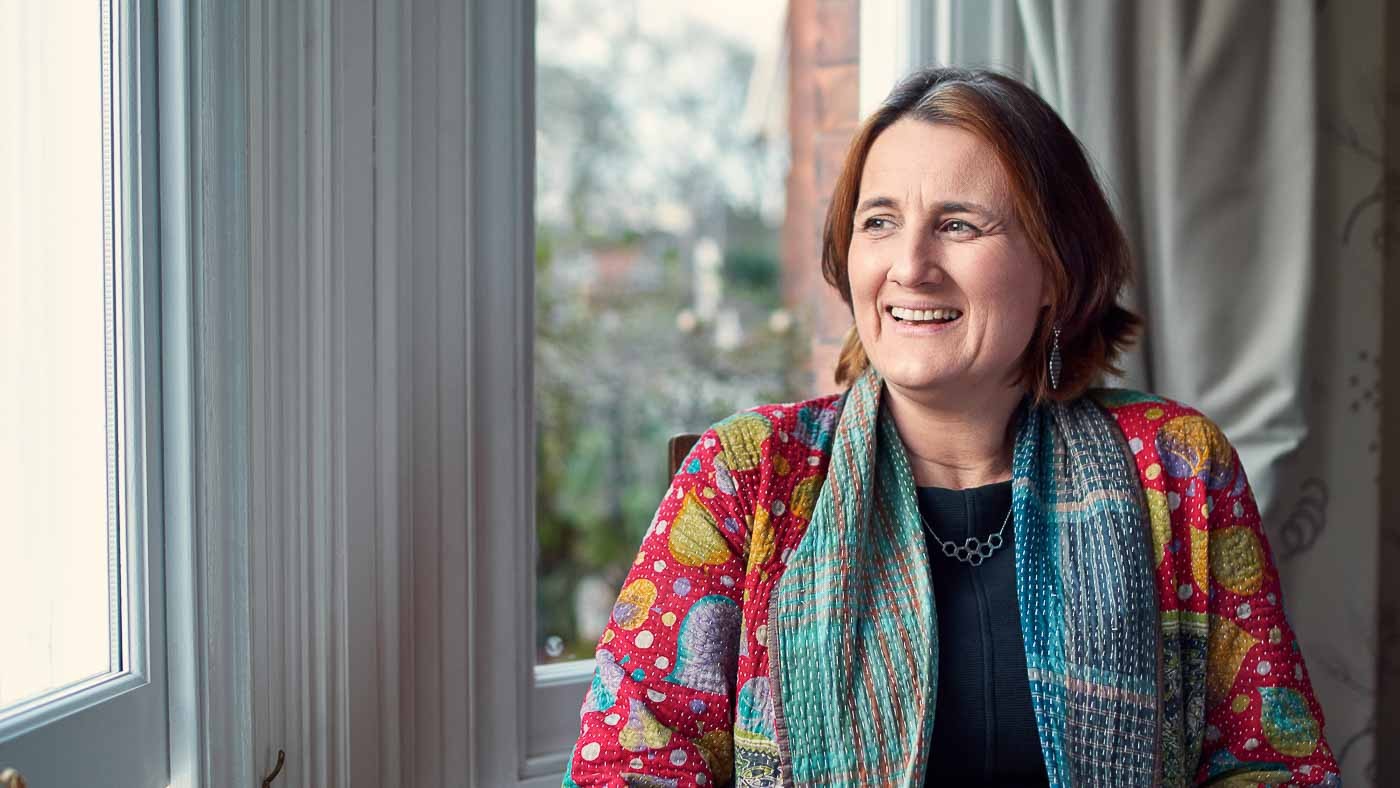 Perdita and Joy have worked closely together over the last few years to identify the particular molecules that give Parkinson’s its smell. By using mass spectrometry, a technique that measures the weight of molecules, they have found that there are distinctive Parkinson’s markers in sebum – an oily substance secreted from the skin.

This breakthrough has led them to develop a non-invasive swab test that can, in conjunction with the onset of early Parkinson’s symptoms, identify Parkinson’s disease with around a 95% accuracy. What’s even more astounding is the speed with which the test can return a result; around 3 minutes under lab conditions. A fast test is a cheaper test, a key factor if it is to be rolled out in a clinical setting, but it would also help to reduce patient wait times. Currently in the UK it can take many months to see a Parkinson’s disease specialist, which is the only way to receive an official diagnosis. But if the swab test could pre-select those who need to be referred for an official diagnosis, the number of people on the waiting list would decrease and so too would the waiting time.

“At the moment we rely on the, mostly, neurological symptoms that have physical manifestations to diagnose Parkinson’s,” Perdita explains; “these symptoms often don’t present until the disease is already well-progressed which obviously limits our treatment options”.

“If we can use a chemical diagnostic test, such as the one we’re working on, then it could open up a whole new array of treatment options to patients, it could also help close the gender gap in Parkinson’s diagnosis”.

The difficulty with diagnosis

Parkinson’s is difficult to diagnose due the myriad symptoms it can present with, and these symptoms can also vary widely from patient to patient. Additionally, many of the symptoms seen in Parkinson’s can be attributed to other conditions. To address this, there needs to be a greater awareness around the symptoms and how they present in patients. But following on from the Covid-19 pandemic, with increased demands on GPs, many patients do not get the diagnosis they need.

“Being a GP is difficult and you can’t possibly know everything about everything, but when Parkinson’s affects around 1 in 500 people in the UK, and has such a huge impact on a person’s life,  symptoms need to be identified quickly”, Joy says.

There are over 40 different symptoms for Parkinson’s, so to help healthcare professionals keep up-to-date Joy, also a retired nurse, has recently worked with Parkinson’s UK to develop an online learning course for health and care staff

“This course is for anyone who gives care to someone, whether that be a nurse or a family member. It’s there’s to guide them through all the information that’s currently available, tailored to their current level of knowledge,” says Joy. But of course, resources are only useful if they are known about and used.

Joy is on a mission to raise awareness around Parkinson’s diagnosis both for healthcare professionals but also for those living with the disease. Naturally her extraordinary gift, along with Perdita’s remarkable research has attracted a lot of media attention.

“This media interest has been incredible for raising the profile of the disease and its symptoms” Joy says, “I’m so glad that we’re starting to make it into the public consciousness and people are becoming more aware of their own symptoms, getting better at communicating those with medical professionals, and medical professionals getting better at understanding, recognising and diagnosing them”.

What the future holds

The future is improving for PwP, advances in diagnostics, pharmaceuticals and our general knowledge and understanding of the disease are producing better ways to treat and manage symptoms.

The diagnostic test will be a gamechanger if rolled out to hospitals and other primary care settings, not only reducing wait times but also providing more accurate and timely diagnosis. This is especially important for women and young people.

Awareness continues to build around the disease which helps to lessen the stigma attached to it, which in turn could help to reduce some of the mental health issues that accompany symptoms. And further research into the causes of Parkinson’s, along with pharmaceutical and lifestyle advancements are helping those with the disease to live more normal lives.

If you want to see more from Perdita and Joy, you will be able to see them on Tuesday 04 October 2022, in a new ITV documentary called ‘Putting up with Parkinson’s’. The show follows Jeremy Paxman as he talks about his experience living with Parkinson's and his journey around the country speaking with those who are at the forefront of fighting the disease.