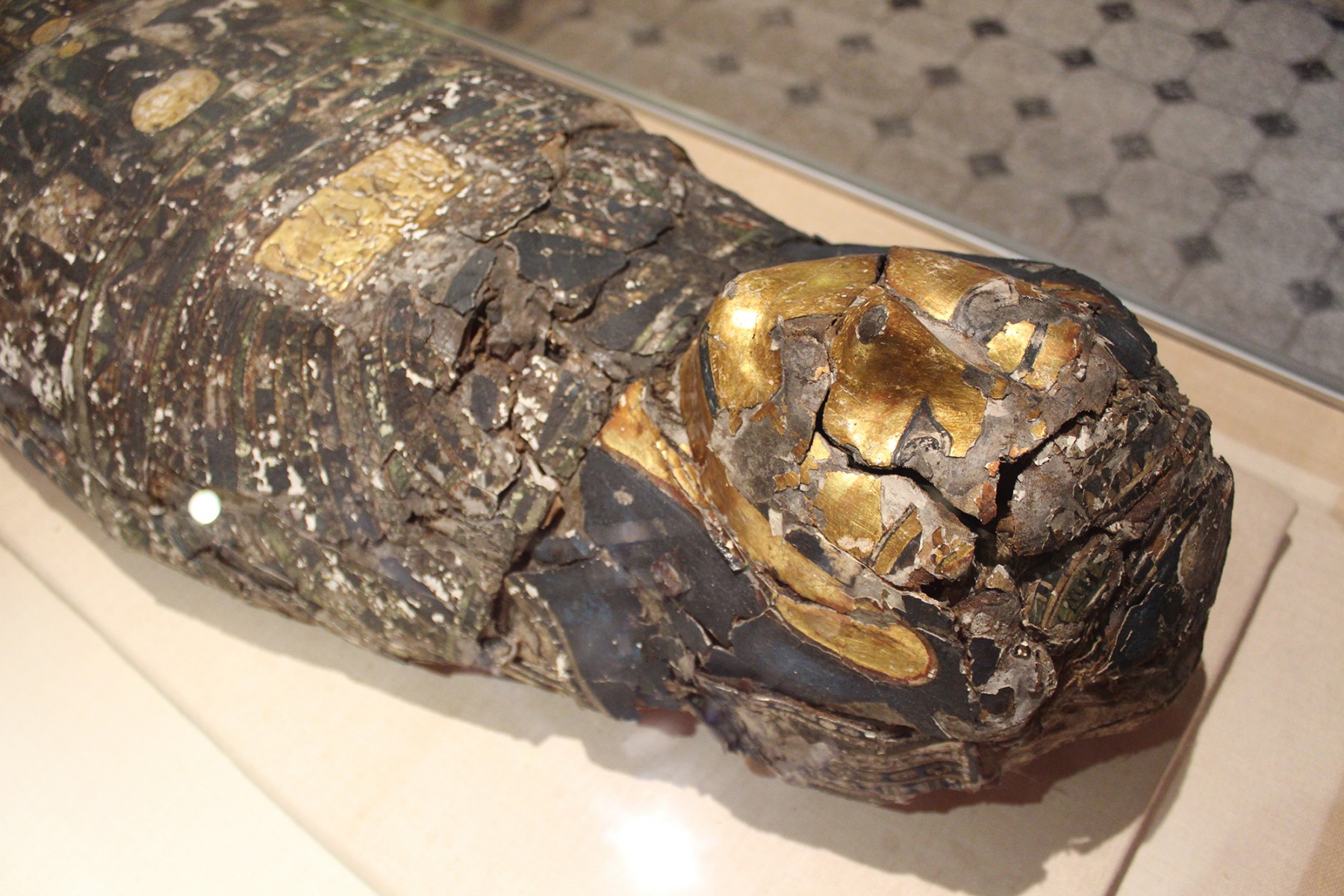 Two ancient Egyptian mummies have made an intrepid visit to Manchester for a state-of-the-art radiographic investigation, conducted by researchers at The University of Manchester.

The two human mummies, one of which has been identified as Pypy-Iw – a priest from the 23rd Dynasty of Ancient Egypt (837 – 728 BC) – travelled to Royal Manchester Children’s Hospital to be photographed, CT-scanned and digitally X-rayed to provide a comprehensive insight into the mummified remains. Their journey was documented by BBC News, and was broadcast on Monday 16.

The mummies are currently part of the Derby Museum and Art Gallery and have only left once in the last 140 years, when they visited Lincoln University in the early 1990s for cleaning, stabilisation and X-raying. It is hoped that modern imaging techniques, including CT-scanning, will reveal more about the mummies’ provenance and condition to help with future conservation efforts.

Dr Lidija McKnight, Research Associate at The University of Manchester, oversaw the imaging procedure at the Royal Manchester Children’s Hospital. “Although these two mummies were X-rayed many years ago, the clarity and resolution of the images is relatively poor, enabling little more than a basic assessment to be made.” she said.

“Imaging technology is so advanced nowadays, that even mummies studied as recently as 5-10 years ago, can benefit from repeated study. This new investigation will provide much clearer evidence on the lives and death of the two individuals.”

The mummies were imaged in the evenings when the hospital clinics finished, to minimise inconvenience to patients. They were then repackaged into their specially produced crates and couriered back to the museum. 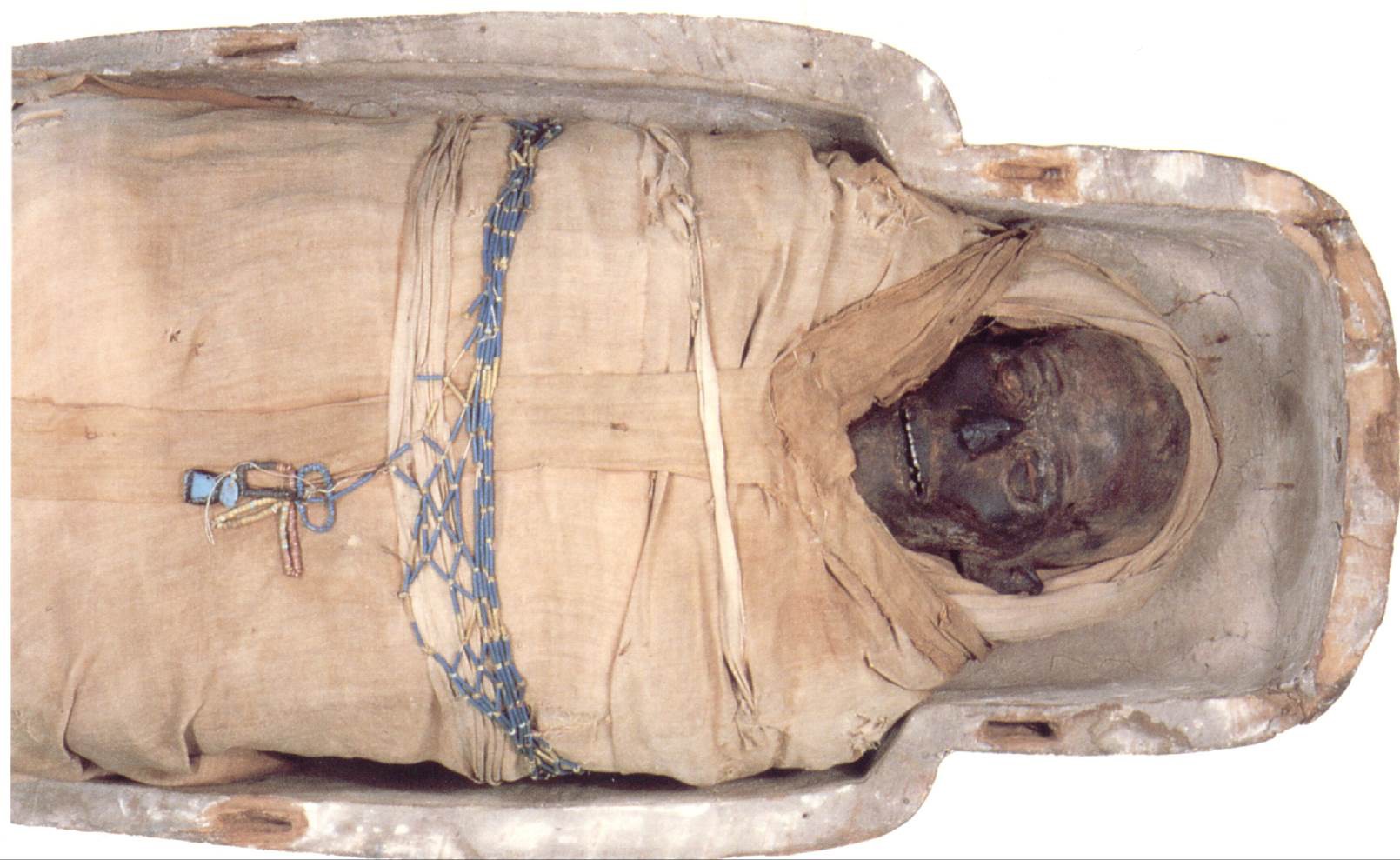 Imaging technology is so advanced nowadays, that even mummies studied as recently as 5-10 years ago, can benefit from repeated study. This new investigation will provide much clearer evidence on the lives and death of the two individuals

A re-examination of the hieroglyphic texts on the coffin and mummy wrappings was undertaken by Dr Campbell Price, Curator of Egypt and Sudan at Manchester Museum, to assess whether any personal details of the individuals were recorded. The team included Dr Iwona Kozieradzka-Ogunmakin, an osteologist who specialises in the study of bones and mummified human remains from Egypt and Sudan.

From the scans, the team discovered one of the mummies, a male, was Pypy-lw (pronounced Pee-Pee-EE-you), a priest at the Temple of Karnak in the 8th century BC. His position, along with his location at Karnak, a centre of the Ancient Egyptian economy, suggests Pypy-lw was very wealthy, representing the top of Egyptian society.

The other mummy was in worse condition, with the head, feet and much of the pelvis missing. However, based on the small amount of pelvic bone left, Dr McKnight believes that this mummy was female.

As part of an elaborate set of funerary rites, the ancient Egyptians believed that mummifying their dead would ensure entry to an afterlife. The process took around 70 days and would have been overseen by a priest.

The body would have been washed and purified, the organs removed, then stuffed and dried before being wrapped in long strips of linen for burial. Mummification was practiced throughout most of early Egyptian history from around 2600BC for well over 2000 years into the Roman Period (ca.30 BC–364 AD).

Rachel Atherton, Co-Production Curator for Human History at Derby Museums said: “We were delighted to work with The University of Manchester and the Manchester University NHS Foundation Trust (MFT) on this project, which will give us a much clearer insight into the two mummies in our collection.”