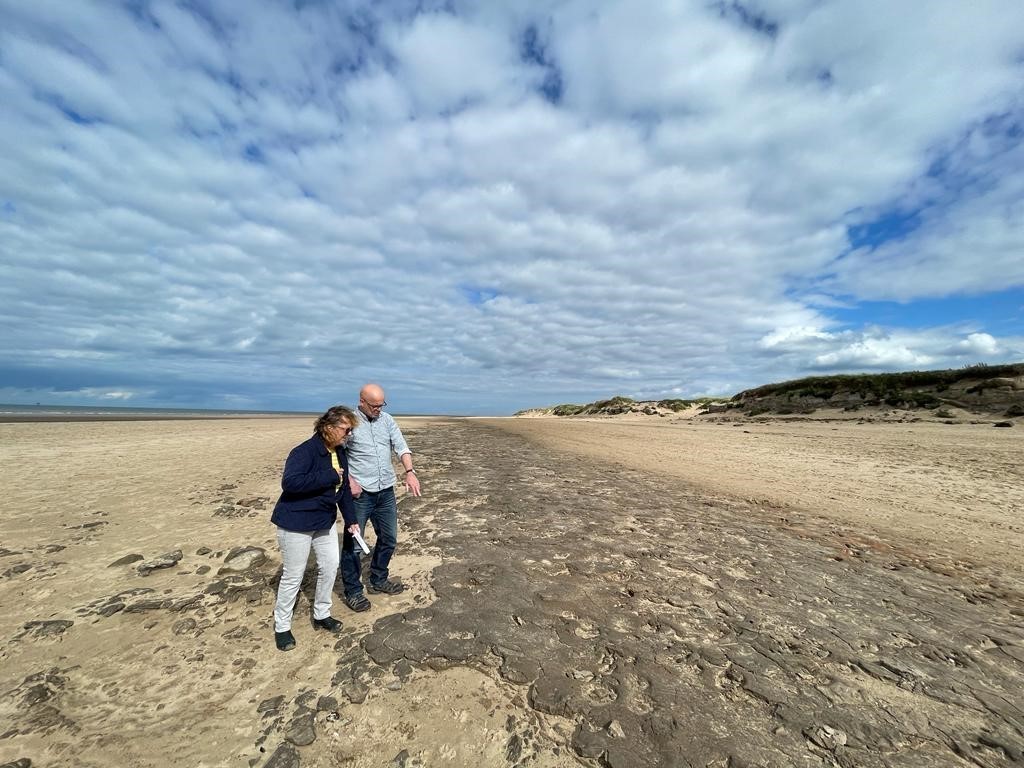 A team of archaeologists and geographers from The University of Manchester have discovered that hundreds of ancient animal and human footprints found on a beach in Merseyside record a major decline in large animal diversity in Ancient Britain.

Their new research, published in the journal Nature Ecology and Evolution, includes a new programme of radiocarbon dating which shows that the most species-rich footprint beds at Formby Point are much older than previously thought. The beds record a key period in the natural history of Britain from Mesolithic to Medieval times (9000 to 1000 years ago).

The footprint beds show that, as global sea levels rose rapidly after the last ice age around 9000 to 6000 years ago, humans formed part of rich intertidal ecosystems alongside aurochs, red deer, roe deer, wild boar, and beaver, as well as the predators wolf and lynx. On the other side of Britain, Doggerland was reclaimed by the North Sea in this period.

In the agriculture-based societies that followed, human footprints dominate the Neolithic period and later footprint beds, alongside a striking fall in large mammal species richness.

The researchers show that the area close to the modern shoreline was a hub of human and animal activity in the first few thousand years after the last glacial period. The vast coastal landscapes of the European Mesolithic were rich ecosystems teeming with large animals. This was a biodiversity hotspot with large grazers and predators – a northwest European Serengeti.

The observed decline in large mammals in the footprint record could be the result of several drivers including habitat shrinkage following sea level rise and the development of agricultural economies, as well as hunting pressures from a growing human population. This new record poses important questions of the conventional archaeological and fossil records.

The Formby footprint beds form one of the world’s largest known concentrations of prehistoric vertebrate tracks. Well-dated fossil records for this period are absent in the landscapes around the Irish Sea basin. This is the first time that such a faunal history and ecosystem has been reconstructed solely from footprint evidence.

“Assessing the threats to habitat and biodiversity posed by rising sea levels is a key research priority for our times – we need to better understand these processes in both the past and the present,” said Professor Jamie Woodward, who is an author of this study. “This research shows how sea level rise can transform coastal landscapes and degrade important ecosystems.”