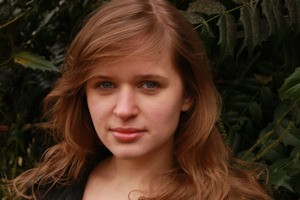 Astrid Tishler from The University of Manchester was named a runner-up in the International Student of the Year last night after reaching the finals of a prestigious competition.

Astrid, from Estonia, challenged for the title on Wednesday as one of 12 regional winners who travelled to London to meet a final judging panel.

Astrid, based in the University’s School of Earth, Atmospheric and Environmental Sciences, fought off competition from more than 1,300 students from 118 countries to reach the final of the annual awards, a major initiative from the British Council that shines the spotlight on international students and their contributions to life in the UK.

Astrid wasn’t the only Manchester student to make her mark this year – Mechanical, Aerospace and Civil Engineering student Muhanad Fakhri from Sudan and Asad Kamran Ghalib from Pakistan, based in the School of Environment and Development, were both named runners-up in the regional finals.

In a bid to take home the top prize, international students studying at universities, colleges and schools across the UK shared stories about their extra-curricular achievements.

To enter, each student was asked to write a personal ‘letter home’, detailing the out-of-class achievements that help make their time in the UK so rewarding. A judging panel decided Astrid’s letter was the North West’s most impressive, and she receives a £1,000 prize.  The ultimate winner of the title will receive a £2,000 prize at the finals in London on Wednesday.

As part of her winning entry, Astrid wrote: "The experience and opportunity I am the most grateful (for) is my research in the development of sustainable management in collaboration with BP for my bachelor degree dissertation. Being able to actually contribute to the knowledge base that builds up the reasoning for decision-making of such big corporations like BP is something I never expected to achieve during my undergraduate studies.

"I have had the opportunity to meet and talk to environmental experts from across the world who in turn are also interested in the research that I am doing.  For the first time, it feels like my work really matters and that I can make a difference."

Astrid also became President of the Estonian and Estonian Friends' Society during her time in Manchester.

Head of the University’s School of Earth, Atmospheric and Environmental Sciences, Professor Tom Choularton said: “I was delighted to hear that Astrid Tishler, a third year Environmental Science student, has been named the North West’s International Student of the Year 2010 . This is an honour for the School and for Astrid in particular.”

Martin Davidson, Chief Executive of the British Council, said, “Studying overseas is an incredibly exciting and rewarding experience, building life-long international friendships, understanding and trust. International students make a huge contribution to life here because they create a greater understanding of the world in the UK and they help create a greater understanding of the UK throughout the world. This competition is a fantastic opportunity for them to show the world what they’ve achieved and learnt while studying in the UK.”

The British Council is the UK’s international organisation for educational opportunities and cultural relations www.britishcouncil.org