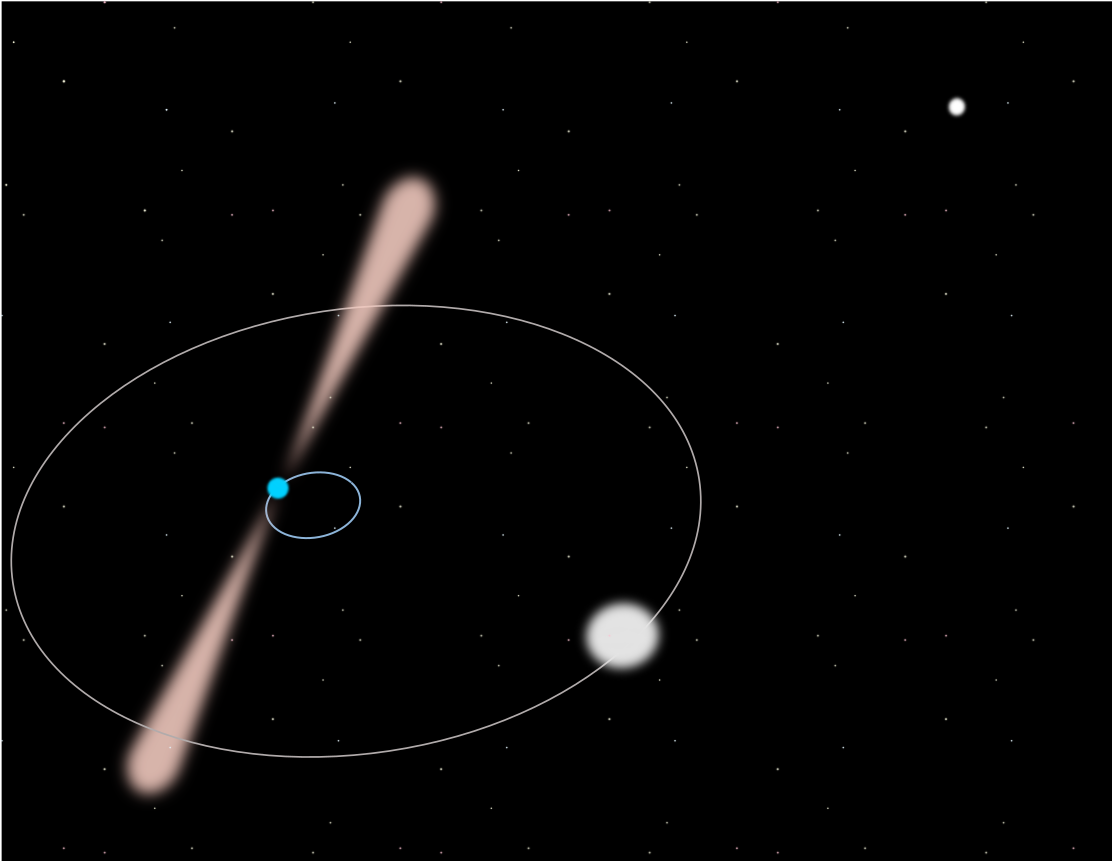 An international collaboration of scientists has recorded the most accurate confirmation to date for one of the cornerstones of Einstein’s theory of general relativity, ‘the universality of free fall’.

The new research shows that the theory holds for strongly self-gravitating objects such as neutron stars. Using a radio telescope, scientists can very accurately observe the signal produced by pulsars, a type of neutron star and test the validity of Einstein’s theory of gravity for these extreme objects. In particular, the team analysed the signals from a pulsar named ‘PSR J0337+1715’ recorded by the large radio telescope of Nançay, located in the heart of Sologne (France).

The universality of free fall principle states that two bodies dropped in a gravitational field undergo the very same acceleration independently of their composition. This was first demonstrated by Galileo who famously would have dropped objects of different masses from the top of Pisa's tower to verify that they both reach the ground simultaneously.

This principle is also at the heart of Einstein's theory of general relativity. However, some hints such as the inconsistency between quantum mechanics and general relativity, or the conundrum of the domination of dark matter and dark energy in the composition of the Universe, have led many physicists to believe that general relativity might not be, after all, the ultimate theory of gravity.

The observations of Pulsar J0337+1715, which is a neutron star with a stellar core 1.44 times the mass of the Sun that has collapsed into a sphere of only 25km in diameter, shows that it orbits two white-dwarf stars which have a much weaker gravity field. The findings, published today in the journal Astronomy and Astrophysics, demonstrate the universality of free fall principle to be correct.

Dr Guillaume Voisin from The University of Manchester who led the research said: “The pulsar emits a beam of radio waves which sweeps across space. At each turn this creates a flash of radio light which is recorded with high accuracy by Nançay's radio telescope. As the pulsar moves on its orbit, the light arrival time at Earth is shifted. It is the accurate measurement and mathematical modelling, down to a nanosecond accuracy, of these times of arrival that allows scientists to infer with exquisite precision the motion of the star.

“Above all, it is the unique configuration of that system, akin to the Earth-Moon-Sun system with the presence of a second companion (playing the role of the Sun) towards which the two other stars ‘fall’ (orbit) that has allowed to perform a stellar version of Galileo's famous experiment from Pisa's tower. Two bodies of different compositions fall with the same acceleration in the gravitational field of a third one.”

The pulsar emits a beam of radio waves which sweeps across space. At each turn this creates a flash of radio light which is recorded with high accuracy by Nançay's radio telescope. As the pulsar moves on its orbit, the light arrival time at Earth is shifted. It is the accurate measurement and mathematical modelling, down to a nanosecond accuracy, of these times of arrival that allows scientists to infer with exquisite precision the motion of the star.

The measurements were recorded by a collaborative team from The University of Manchester, Paris Observatory - PSL, the French CNRS and LPC2E (Orléans, France), and the Max Planck Institute for Radio Astronomy. The pulsar orbits two white-dwarf stars, one of which orbits the pulsar in only 1.6 days at a distance about 10 times closer to the pulsar than the planet Mercury is from the Sun. This binary system, a bit like Earth and Moon in the solar system, orbits with a third star, a white dwarf of 40% the mass of Sun, located slightly further than the distance separating the Earth-Moon system from the Sun.

In the solar system, the Lunar-laser ranging experiment has allowed to verify that both Moon and Earth are identically affected by the gravity field of the Sun, as predicted by the universality of free-fall (orbital motion is a form a free-fall). However, it is known that some deviations to universality might occur only for strongly self-gravitating objects, such as neutron stars, that is objects the mass of which is significantly made of their own gravitational energy thanks to the famous Einstein’s relation E=mc2. The new pulsar experiment carried out by the team fills the gap left by solar system tests where no object is strongly self-gravitating, not even the Sun.

The team has demonstrated that the extreme gravity field of the pulsar cannot differ by more than 1.8 part per million (with a confidence level of 95%) from the prediction of general relativity. This result is the most accurate confirmation that the universality of free fall is valid even in presence of an object which mass is largely due to its own gravity field, thus supporting further Einstein's theory of general relativity.

The paper, 'An improved test of the strong equivalence principle with the pulsar in a triple star system' by Voisin et al is published in Astronomy and Astrophysics.