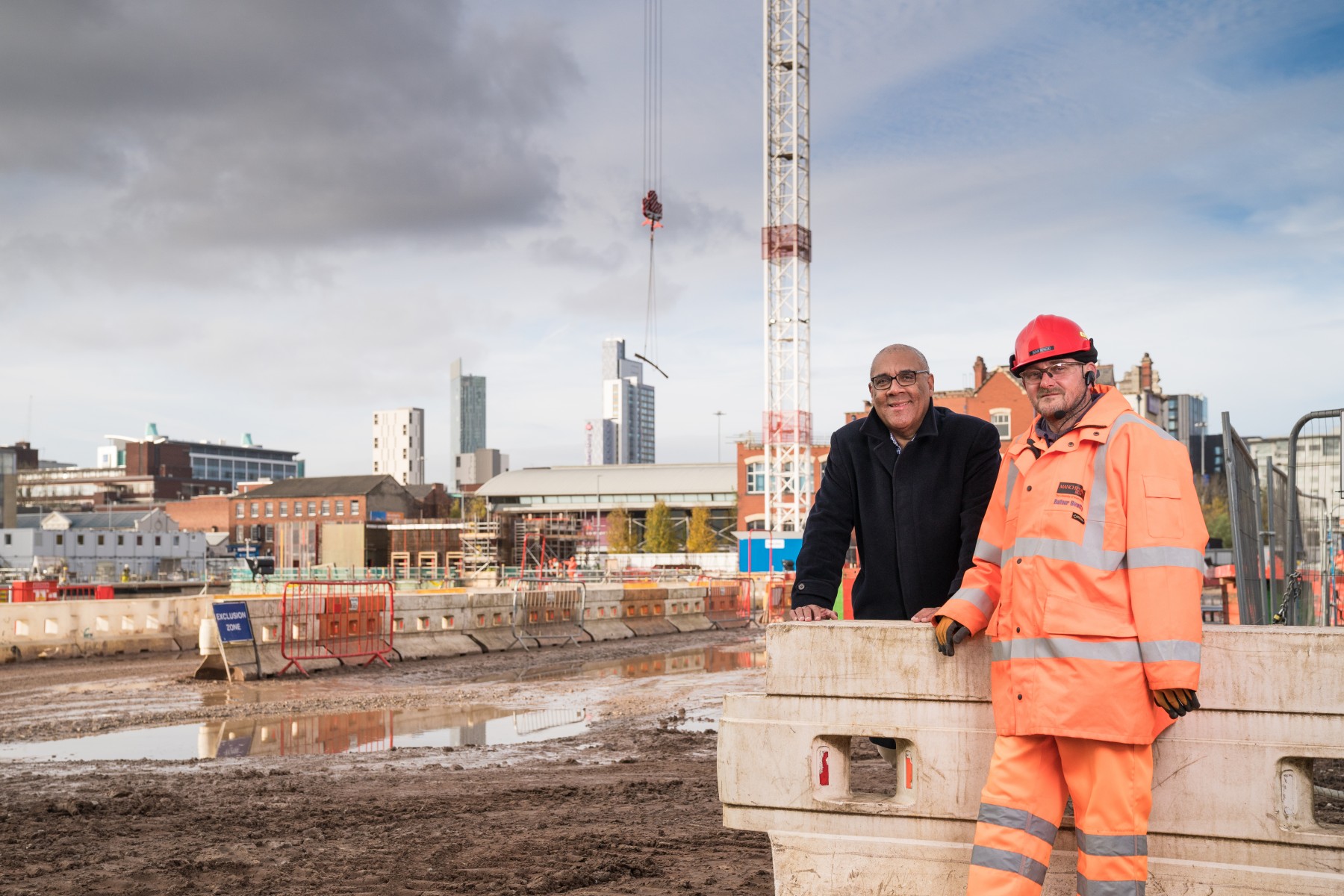 Led by The University of Manchester and delivered by the Growth Company, The Works helps support local people to find jobs, develop skills and access training and is now celebrating placing the 4,000th person into employment.

David Seville, who is 47 and from Middleton, had been unemployed for 13 years when he was referred to The University of Manchester Construction Academy which operates from The Works.

David had worked in construction before, but recognised that he needed to update his skills and obtain the appropriate accreditation.

He is now employed full-time by Balfour Beatty on the Manchester Engineering Campus Development, the largest single development ever undertaken by the University and the cornerstone of its Campus Masterplan. When completed, it will be one of the biggest buildings in UK higher education history.

David said: “Being unemployed for 13 years made me a recluse. Having this job has made me more active, more sociable, and I am really enthusiastic about my future.

“It’s been better than anything I have ever done before, and it’s led me into full-time secure employment, which means I can save, and make plans. My life is finally back on track.”

It’s been better than anything I have ever done before, and it’s led me into full-time secure employment, which means I can save, and make plans. My life is finally back on track

The University’s Assistant Director of Human Resources, Steven Grant was instrumental in setting up The Works, and was awarded an MBE in the 2017 New Year Honours List for services to unemployed people in Greater Manchester.

Steve said: “David is a wonderful example of what can be achieved when an individual, even someone who has been unemployed for a very long period, is given the right support to enable them to move in to work and forward in their lives.

“We established The Works in 2011 so that we could have a direct influence on programmes designed to have a positive impact on communities closest to us which suffer high levels of unemployment. Six years later the Works attracts jobseekers from across Greater Manchester and its success evidences the need to have employers leading the skills agenda working in partnership with training providers such as the Growth Company.

“The University is committed to ensuring that Greater Manchester residents benefit from the skills development and employment opportunities the expansion of our campus will provide. Raising skill levels and delivering sustainable job opportunities enhances the lives of individuals, families and communities and contributes to a strong regional and national economy.”

Andrea Holt, Social Sustainability Advisor with Balfour Beatty said: “I am sure that if we hadn’t engaged with The Works David would not be working with us today. He has proved to be a great asset to the team delivering the MECD project for the university. Within months of joining us David was nominated for and won an award and I am sure that his career will go from strength to strength.

“We are committed to working with the University to ensure that we are able to maximise training and employment opportunities for people from across Greater Manchester.”