Bare cupboards and nobody to help buy food: the forgotten welfare gap in older age
Newsroom

Bare cupboards and nobody to help buy food: the forgotten welfare gap in older age 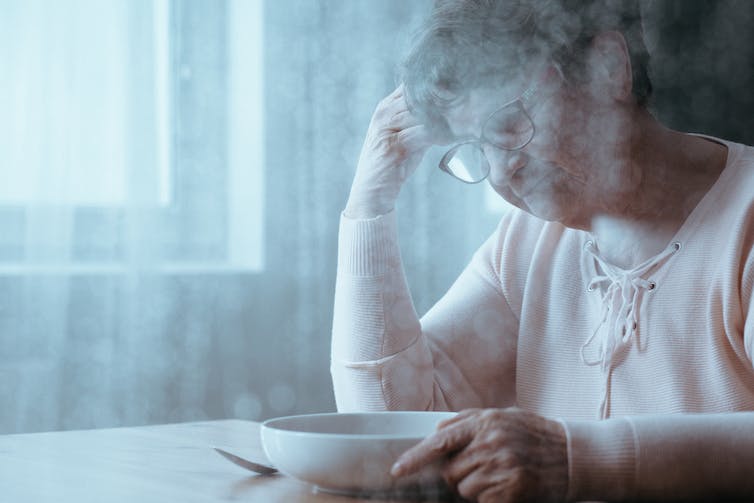 Poverty and isolation is leading to nutritional problems for older people. via shutterstock.com

Welfare reform and austerity in the UK has led to reductions in public spending on services that support older people. Age UK has highlighted how nearly one million older people have unmet social care needs. This is of particular concern as the winter months approach.

In ongoing research on food insecurity in older age, my colleagues and I have analysed survey data and interviewed older people who use foodbanks. We’re finding that many older people are at risk of under-nutrition because of poverty, or because they don’t get the support they need to shop, cook and eat.

While many older people have been less affected by the recent recession than other age groups, in part because of the triple lock protection for pensions, poverty can persist in old age. Data from 2015 shows that 1.6m pensioners live below the relative poverty line, and 8% of pensioners are in persistent poverty – defined as having spent three years out of any four-year period in a household with below 60% of median income.

Around 20% of older people have little or no private pension, housing or material wealth and retiring with debt is also a growing problem. There are 3.8m people aged 65 and older living alone in the UK and evidence from Age UK suggests that nearly one million people in this age group always or often feel lonely.

Older people living alone tend to eat less. This can lead to under-nutrition – a major cause of functional decline among older people. It can lead to poorer health outcomes, falls, delays in recovery from illness and longer periods in hospital, including delayed operations.

Evidence from the National Nutrition Screening Survey suggests that an estimated 1.3m people aged over 65 in the UK are not getting adequate protein or energy in their diet. On admission to hospital, 33% of people in this age group are identified as being at risk of under-nutrition.

Data we are analysing from the 2014 English Longitudinal Study of Ageing suggests that for around 10% of people aged 50 and over “too little money stops them buying their first choice of food items” and this has increased consistently since 2004. Evidence from the Poverty and Social Exclusion Survey in 2012 found that 12% of people aged over 65 had often or sometimes: “skimped on food so others in the household would have enough to eat”.

The Health Survey of England consistently highlights the issue of unmet need among some older people. For example, 6% of people aged over 65 reported that they had not received help from anyone with shopping for food in the last month. In addition, 19% of this age group reported needing help to leave their home.

Evidence suggests that as food insecurity has increased in the UK, many older people have become reliant on food banks. In 2016, the food redistribution charity FareShare said that 13% of its clients were aged over 65.

Our interviews with older people using food banks have highlighted the challenges many older people can face. Some were having food parcels delivered by the food banks as they were unable to go themselves or did not want to be seen going.

Embarrassment and stigma were also a concern for one 69-year-old man who told us how he preferred coming to the food bank than asking family or friends for help. “I don’t believe in asking others, I don’t want to upset people,” he said. Another 65-year-old man told us: “My family would help but I don’t like to ask them, they have their own families to look after.” Others, however are either unable or too embarrassed to visit a food bank.

One 54-year-old man said: “I can go for a couple of days without food… the gas is cut off and I get hot water from the kettle to wash.” There was also evidence that some older people were not fully recognising their nutritional needs. As one 60-year-old woman said: “When you are on your own… sometimes I don’t cook, depends how I feel.” Another 65-year-old man revealed his poor diet, stating how when he had no food he would: “Just eat cornflakes.” 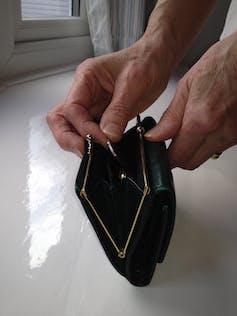 Other people chose to cut back on food during the winter due to the costs of heating their home – suffering the cold as a result. As one 72-year-old woman stated: “Sometimes I just go without putting the heating on.”

An increasing number of older people are constrained in their spending on food, many are skipping meals and are not getting the social care support they need. Emergency food parcels are an inadequate and unsustainable way of addressing the issue of food insecurity.

There are currently 10m people in the UK aged over 65, but this is expected to increase to 19m by 2050 – that’s one in every four people.

As the size of the older population continues to grow, the reductions in local authority spending on social care raise concerns about their long-term welfare. Given the follow-on costs to the public purse, including in terms of healthcare, the government must do more to combat food insecurity amongst older people.