Exploring the migration stories of Manchester is the goal of a brave, award-winning music education project. 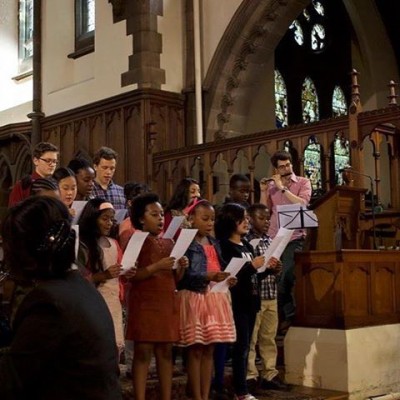 Olympias Music Foundation was awarded £22,650 from Arts Council England to form the collaborative music education scheme Making Manchester to give 60 secondary school pupils a platform through music to tell their migration stories.

The collaborations between school children and creatives will culminate in two performances at the Niamos Radical Arts Centre on 27 and 28 June 2019, followed by an additional performance at the Royal Northern College of Music on 30 October as part of its New Music Manchester festival.

Some 60 unique family stories emerged as a result of the workshops, all researched and written by the students at DTA. The next stage of the project is to develop this material into a multi-media performance.

Jo Yee, Director of Olympias Music, said: “In true keeping with the charity’s spirit, the entire work is rooted in the ideas and experiences of the 60 pupils from DTA. At a time when migrants’ experiences are still often mis-portrayed and/or underrepresented, and access to arts education is increasingly scarce, I think this project is really important in highlighting the problems created by an ‘us and them’ mentality.”

The final performance will be divided into three sections - ‘Home’, ‘Travelling’ and ‘Arriving’ - delineated by a large-scale poem by Shamshad Khan with performances by Kabantu, Vonnegut Collective, four actors, and directed by Emma Doherty. The show culminates in a 60-strong choir of the pupils from DTA, performing the words and music that they have devised from their own stories.“This dialogic form of collaboration is so important for growing confidence, trust, and openness in a community,” said James Whittle, Making Manchester composer.

“Whenever you work with a group, you understand that everyone involved is an individual artist. I think it's absolutely right that the next generation have platforms to tell their stories and tackle contemporary issues.”

Two performances of Making Manchester will take place at the Niamos Radical Arts Centre at 7.30 pm on 27 and 28 June. Tickets are £5 and are available online from Skiddle, Tickets For Good, or on the door. For more information, visit www.olympiasmusicfoundation.com/making-manchester.