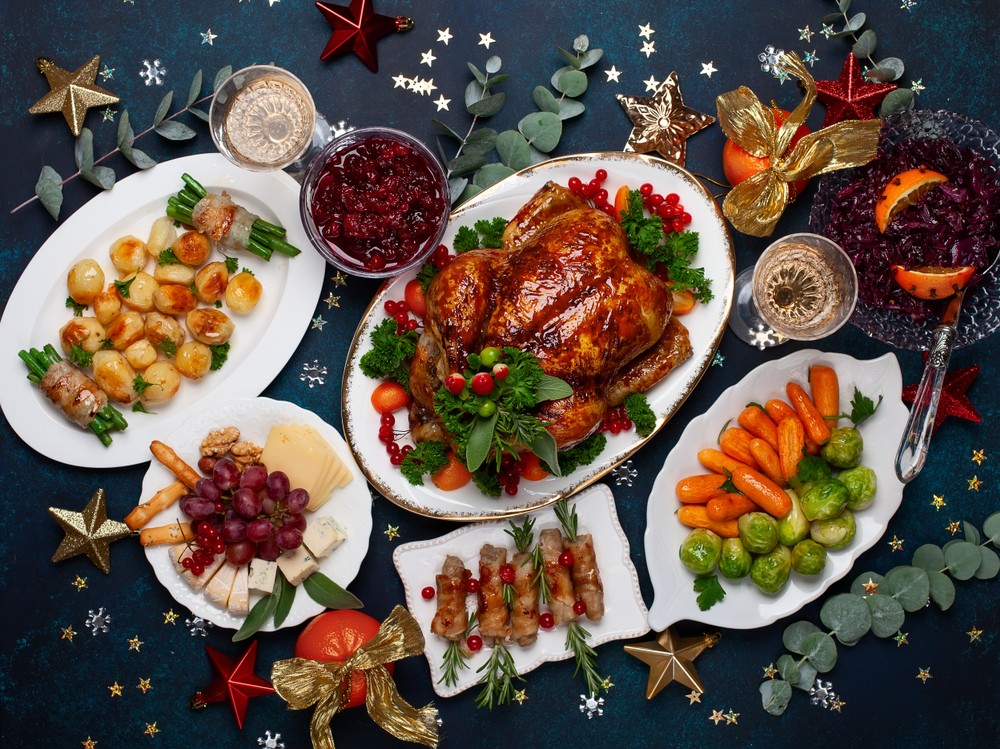 Can your Christmas dinner help save the planet?

Christmas Day is going to look very different for a lot of people this year, but there are also positive changes to indulge in, especially when considering what to eat for Christmas dinner and how to cook it.

Sustainable dietary advice recommends reducing the consumption of meat and an increase in consumption of locally sourced and in-season plant-based proteins, fruits and vegetables we eat. These small changes people can make to their diet are already known to benefit the environment, as well your health.

However, new research from The University of Manchester, in partnership with Brunel University London, University of Sheffield’s Institute of Sustainable Food and City, University of London, published today (Friday 11 December 2020) in Nature Food, found that food can also have a major effect on the environment due to the greenhouse gas emissions (GHG) produced through various methods of cooking.

Professor Sarah Bridle from The University of Manchester, said: "A lot of people are thinking carefully about what type of food to eat, or how it's packaged or transported but, in terms of climate change, it is sometimes more important to consider how the food is cooked.

“Our research showed that up to 60 per cent of the climate impact of foods can come from cooking - particularly for the most climate-friendly foods like vegetables, when baked in the oven. Whereas appliances like microwave ovens and pressure cookers are generally used for less time, and so use less energy and contribute much less to climate change."

Dr Christian Reynolds, a visiting researcher at the Institute of Sustainable Food and Senior Lecturer at the Centre for Food Policy, City University, said: “Estimates of food-related GHG emissions usually only consider the supply chain up to the retail and purchase stages, but our research has found that consumption can contribute up to around 60 per cent of the overall emissions for the complete life-cycle of specific foods. So reducing these processes can reduce the damage they do to the environment.”

Our research showed that up to 60 per cent of the climate impact of foods can come from cooking - particularly for the most climate-friendly foods like vegetables, when baked in the oven. Whereas appliances like microwave ovens and pressure cookers are generally used for less time, and so use less energy and contribute much less to climate change.

As a traditional roast Christmas dinner is a valued tradition for many families around the world, this new research has found ways in which it could be made just a little more sustainable to indulge in those favourite festive foods, all whilst saving the planet:

Christmas dinner is not cancelled just yet, but the production and consumption of one kilo of protein from meat products can cause more greenhouse gas emissions than a passenger flying from London to New York.

A kilogram of beef protein reared on a British hill farm can generate the equivalent of 643 kg of carbon dioxide, but a kilogram of lamb protein produced in the same place can generate even more at 749 kg, mostly due to their long oven-roasting cooking times.

Scientists don’t suggest throwing out the whole turkey, however, as the good news for traditionalists is that turkey creates less GHG emissions than other types of meat, so is still a better choice for Christmas dinner. Of course trying one of the many meat free alternatives now available has an even bigger impact.

Is a whole turkey required? Maybe not for a small family, but one solution is to keep portion sizes small, with minimal left overs, and try not to be too ambitious with the number of dishes made as food waste also has a major impact on environmental damage.

One of the recommendations includes purchasing smaller mini-roasts or turkey crowns and split portions of dark and light meat as smaller roasts also cook faster, lowering the environmental impacts of roasting meat in an oven.

Reduce the time you spend cooking

It's not just the food, it's also how you cook it that affects GHG emissions, with ovens being the worst culprits of the kitchen, mostly due to the long cooking times and high-energy demands involved in roasting meat.

Reducing cooking time can help reduce GHG emissions. Part-cooking some foods in a microwave first can decrease the time required to cook food in the oven without substantially affecting the taste or texture. The research found that the impacts of cooking in a microwave, steaming and boiling are comparable for reheating, defrosting and preparing vegetables, fruits, eggs and fish; whilst preserving more of the water soluble vitamins and minerals.

There is also a way you could half the environmental impact of roasting a turkey on Christmas Day. ‘Sous vide’, which means “under vacuum” in French, involves placing the roast in a vacuumed plastic pouch or bag, and submerging it in a heated water bath for eight hours until the internal temperature of the joint is between 55°C (white meat) to 75°C (dark meat). The roast is then unwrapped and placed in a hot skillet to sear its surface., preserving the texture and flavour.

Dr Reynolds’ added: “Our results underscore the importance of looking at the whole lifecycle of food when assessing the environmental impact of our supply chains, as consumption alone is such a significant contributor to the damage GHGs do to the environment.

“But for those not brave enough to try ‘boiling’ their turkey the fancy French way, investing in an electric pressure or slow cooker, both incredibly energy efficient ways to cook but still not widespread in the UK, can have a similar result and substantially reduce the environmental impact of more traditional cooking practices.

“Just pop the roast in the slow cooker on its ‘low’ setting with some water and cook for eight hours. Best to start on Christmas Eve though so you don’t forget!”

Can your Christmas dinner help save the planet?