Chancellor’s £20m to use cities’ data to improve healthcare
Newsroom

Chancellor’s £20m to use cities’ data to improve healthcare 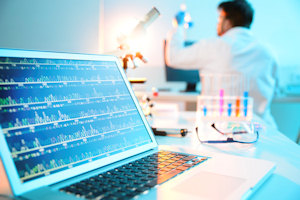 The Northern Health Science Alliance of leading northern universities, including The University of Manchester; teaching hospitals and Academic Health Science Networks (AHSNs) will set up the world’s first partnership using large-scale data to drive public sector reform in health and social care across a 15 million strong population in the North of England.

The Chancellor has announced £20 million in the Budget to fund four health and social care information projects, “Connected Health Cities”, which will be the first investment of the Government’s “Health North” programme, proposed in January to unlock healthcare innovations in the English regions with the greatest health challenges.

The Connected Health Cities will also enable new medical discoveries by working with the national Farr Institute of Health Informatics Research. The Northern branch of this, the Health e-Research Centre is hosted by The University of Manchester with spokes at the Universities of Lancaster, Liverpool and York, and NHS partners across North England.

This collaboration will ensure that the benefits can be rapidly shared across other regions.  By replicating emerging research findings across a variety of well understood local populations, the UK will be able to perform more powerful studies than are currently possible with national databases, which lack information about local environments, services and other contextual factors.

The overall programme of work, which will be delivered by the Northern Health Science Alliance (NHSA), will assemble data, experts and technology in secure locations to generate new information that shapes health and social care services to deliver better outcomes for patients and communities.

By analysing integrated information and feeding this back to NHS practitioners, service managers, commissioners, public health professionals, local authority planners, researchers and policy makers, the project teams will be able to identify variations in care and needs.

In each of the areas where this will be developed there will be a focus on at least two high priority NHS care pathways, such as: