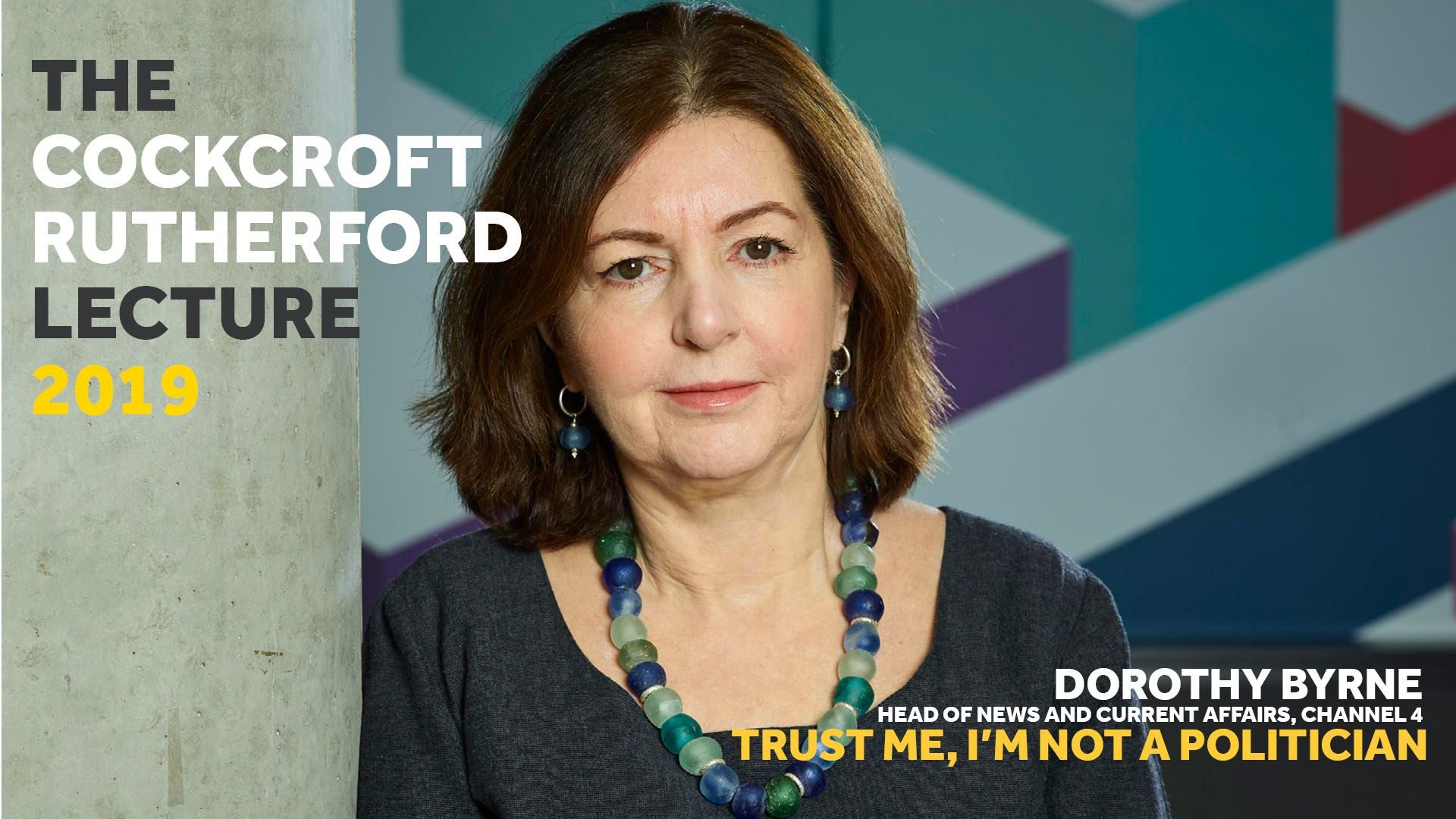 A former Manchester undergraduate who is now the Head of News & Current Affairs at Channel 4 Television is to deliver this year’s Cockcroft Rutherford Lecture on Thursday 30 May.

The Cockcroft Rutherford Lecture is the flagship annual event for alumni and friends of The University of Manchester. We have the largest global alumni community of any-campus based university in the UK - we have graduates in over 190 countries.

In this year’s lecture, Dorothy Byrne will explore how in the UK and across much of the Western world, many voters are saying that politicians have failed them. She will ask how faith and trust in democracy can be restored, and whether journalists - condemned by some politicians as purveyors of fake news - are key players in finding the solutions.

During Dorothy’s tenure at Channel 4 News, their programmes have won numerous BAFTAs, RTS Awards, Emmy Awards and others. She was made a Fellow of The Royal Television Society in 2009, and received the Outstanding Achievement in Journalism Award from the Society in 2018.

She has received a BAFTA Scotland award for her services to television, and has also won the Factual Award given by Women in Film and Television.

She is a trustee of the Ethical Journalism Network, which supports the development of ethical codes in journalistic organisations across the globe.

Dorothy is a former World In Action producer, and editor of ITV's The Big Story. Before joining Channel 4, she produced art and history programmes for the channel.

She completed her undergraduate studies in Philosophy in Manchester in 1973, and is a visiting professor at De Montfort University where Channel 4 supports an MA in Investigative Journalism.

Professor Dame Nancy Rothwell, President and Vice Chancellor of The University of Manchester, will chair the lecture, which will be followed by an audience Q&A.

The lecture can be streamed live on Facebook from 6pm on Thursday 30 May - join the event by using this link. If you are unable to watch it live, it will be available afterwards on the Alumni Facebook page.