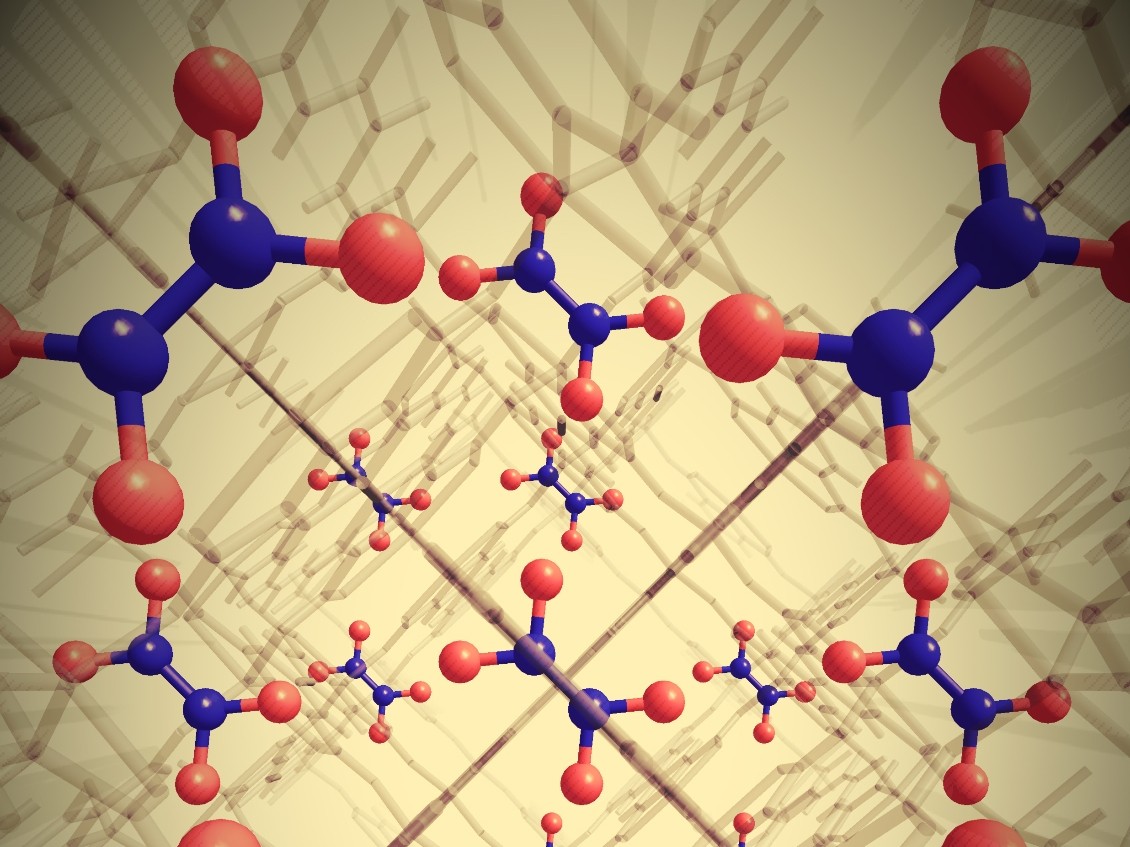 A toxic pollutant produced by burning fossil fuels can be captured from the exhaust gas stream and converted into useful industrial chemicals using only water and air thanks to a new advanced material developed by an international team of scientists.

New research led by The University of Manchester, has developed a metal-organic framework (MOF) material that provides a selective, fully reversible and repeatable capability to capture nitrogen dioxide (NO2), a toxic air pollutant produced particularly by diesel and bio-fuel use. The NO2 can then be easily converted into nitric acid, a multi-billion dollar industry with uses including, agricultural fertilizer for crops; rocket propellant and nylon.

MOFs are tiny three-dimensional structures which are porous and can trap gasses inside, acting like cages. The internal empty spaces in MOFs can be vast for their size, just one gram of material can have a surface area equivalent to a football pitch.

The highly efficient mechanism in this new MOF was characterised by researchers using neutron scattering and synchrotron X-ray diffraction at the US Department of Energy’s Oak Ridge National Laboratory and Berkeley National Laboratory, respectively. The team also used the National Service for Electron Paramagnetic Resonance Spectroscopy at Manchester to study the mechanism of adsorption of NO2. The technology could lead to air pollution control and help remedy the negative impact nitrogen dioxide has on the environment.

As reported in Nature Chemistry, the material, named MFM-520, can capture nitrogen dioxide at ambient pressures and temperatures—even at low concentrations and during flow—in the presence of moisture, sulfur dioxide and carbon dioxide. Despite the highly reactive nature of the pollutant, MFM-520 proved capable of being fully regenerated multiple times by degassing or by treatment with water in air—a process that also converts the nitrogen dioxide into nitric acid.

The global market for nitric acid in 2016 was USD $2.5 billion, so there is a lot of potential for manufacturers of this MOF technology to recoup their costs and profit from the resulting nitric acid production. Especially since the only additives required are water and air.

“This is the first MOF to both capture and convert a toxic, gaseous air pollutant into a useful industrial commodity.” said Dr Sihai Yang, a lead author and a senior lecturer at The University of Manchester’s Department of Chemistry. “It is also interesting that the highest rate of NO2 uptake by this MOF occurs at around 45 degrees Centigrade, which is about the temperature of automobile exhausts.”

Professor Martin Schröder, Vice-President and Dean of the Faculty of Science and Engineering at The University of Manchester, said: “The global market for nitric acid in 2016 was USD $2.5 billion, so there is a lot of potential for manufacturers of this MOF technology to recoup their costs and profit from the resulting nitric acid production. Especially since the only additives required are water and air.”

As part of the research, the scientists used neutron spectroscopy and computational techniques at ORNL to precisely characterize how MFM-520 captures nitrogen dioxide molecules.

“This project is an excellent example of using neutron science to study the structure and activity of molecules inside porous materials,” said Timmy Ramirez-Cuesta, co-author and coordinator for the chemistry and catalysis initiative at ORNL’s Neutron Sciences Directorate. “Thanks to the penetrating power of neutrons, we tracked how the nitrogen dioxide molecules arranged and moved inside the pores of the material, and studied the effects they had on the entire MOF structure.”

“The characterisation of the mechanism responsible for the high, rapid uptake of NO2 will inform future designs of improved materials to capture air pollutants.” said Jiangnan Li, the first author and a PhD student at The University of Manchester.

In the past, capturing greenhouse and toxic gases from the atmosphere was a challenge because of their relatively low concentrations and because water in the air competes and can often affect negatively the separation of targeted gas molecules from other gases. Another issue was finding a practical way to filter out and convert captured gases into useful, value-added products. The MFM-520 material offers solutions to many of these challenges.