Clean liquid fuel could reduce our reliance on non-renewable energy 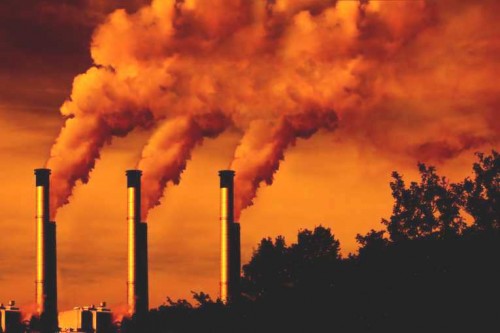 For the first time, scientists have overcome the challenge of breaking down raw biomass without the need for chemical pre-treatment, and have produced record high amounts of clean liquid hydrocarbon fuel as a result. This brings us one step closer to lessening our dependence on fossil fuels, and is an important development in our shift towards renewable energy.

The ability to produce sustainable fuel from renewable biomass is becoming increasingly important as we move away from our dependency on fossil fuels. The production and utilisation of biomass, or plant material, offers an energy alternative that is almost carbon neutral, as the carbon dioxide is recycled in plant photosynthesis.

In plants, the woody material that is used to produce fuel consists of three different components: cellulose, hemicellulose and lignin. Lignin is a challenge to the production of biofuels, as it is difficult to break down and convert into useful fuel, often requiring high levels of energy or the use of corrosive chemicals. Therefore, up to a third of plant material can go to waste or be burned as low-value fuel.

A team of scientists from The University of Manchester and East China University of Science and Technology stewed a catalyst - made up of the metal complex niobium phosphate, with small particles of platinum dotted across the surface - with raw wood sawdust for 20 hours at 190 degrees Celsius, and a pressure of 50 atmospheres. The results, published in Nature Communications, show that the catalyst was able to directly break down and convert the lignin, which potentially offers the future development of catalysts for converting biomass into fuel.

Dr Yang used the Science & Technology Facilities Council’s ISIS Neutron and Muon source - often described as a ‘super-microscope’ - to study the biomass and catalyst at the molecular level. Using an instrument called TOSCA, Dr Yang and ISIS scientist Dr Stewart Parker used neutrons to see how a model of lignocellulose interacted with the surface of the catalyst to produce useful fuel.

“The conversion of biomass into fuels typically requires separations and pre-treatments to the raw biomass, thus suffering high energy penalties. This catalyst showed exceptionally high activity in splitting the carbon-oxygen bonds, the most challenging step in the conversion of lignocellulosic biomass. This new catalytic process can therefore directly convert raw biomass to liquid fuels without separations or chemical pre-treatments, leading to significant potential energy savings.”

Clean liquid fuel could reduce our reliance on non-renewable energy