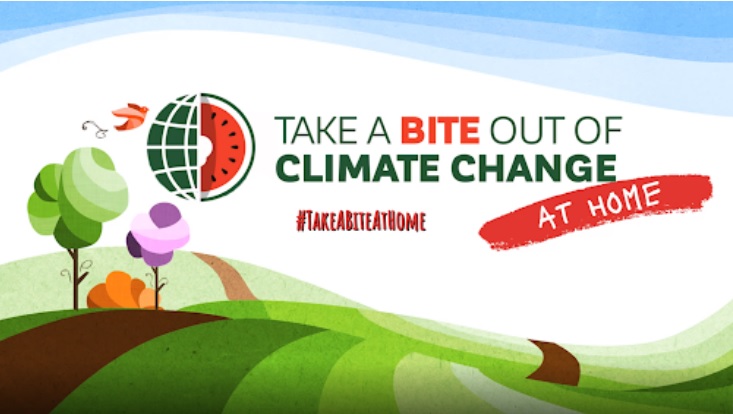 Take A Bit Out Of Climate Change

Climate facts to chew on at home-school lunchtime

Can you fit 6 kilograms into your school bag and lift it up? That’s the equivalent weight of greenhouse gas emissions caused by producing the food each person eats in one day, on average.

A group of University-based researchers are sharing free online content for children to learn about how food contributes to climate change. Each week day in June they are putting out new materials aimed at 7 to 14 year olds, including videos, activity worksheets and interviews with experts. They will also be answering questions and showcasing the work sent in by children.

The Take a Bite out of Climate Change team won a place at the Royal Society Summer Science Exhibition 2019, and since then they have been spreading fun facts around the world, from Brazil to India. The programme is encouraging scientific creativity from home during a time when many pupils are unable to attend their schools due to the ongoing COVID-19 pandemic.

The worksheets are available one week in advance, so schools can include them in their “learning from home” content, and at 12 noon Monday to Friday each day of June families can make and eat their lunch while chewing on some food for thought from the Take a Bite out of Climate Change team.

The video from the first day kicked off asking questions about how food compares with other contributions to climate change. It raised awareness that food contributes a quarter of all greenhouse gas emissions and this can be reduced by eating more vegetables and beans as well as less meat and dairy.

Professor Sarah Bridle, The University of Manchester, is the Take a Bite out of Climate Change team lead and part of the N8 AgriFood partnership. “With COVID-19, we’re all thinking about food more than ever before, and we’re more aware than ever before about how dependent we humans are on the natural world” said Bridle.

“We’ve had such fun over the past year talking with school students and other members of the public about the impact of food on climate change, and we wanted to bring something online, that people can easily do at home.

“These resources come at an ideal time for schools,” says Zoe Woffenden, a primary school teacher in Stockport, who has been advising on the project. “The children are asking lots of questions about climate change and what they can do about it, and it’s great to be able to connect them with experts from universities across the UK to consider how different foods contribute.”

With COVID-19, we’re all thinking about food more than ever before, and we’re more aware than ever before about how dependent we humans are on the natural world We’ve had such fun over the past year talking with school students and other members of the public about the impact of food on climate change, and we wanted to bring something online, that people can easily do at home. 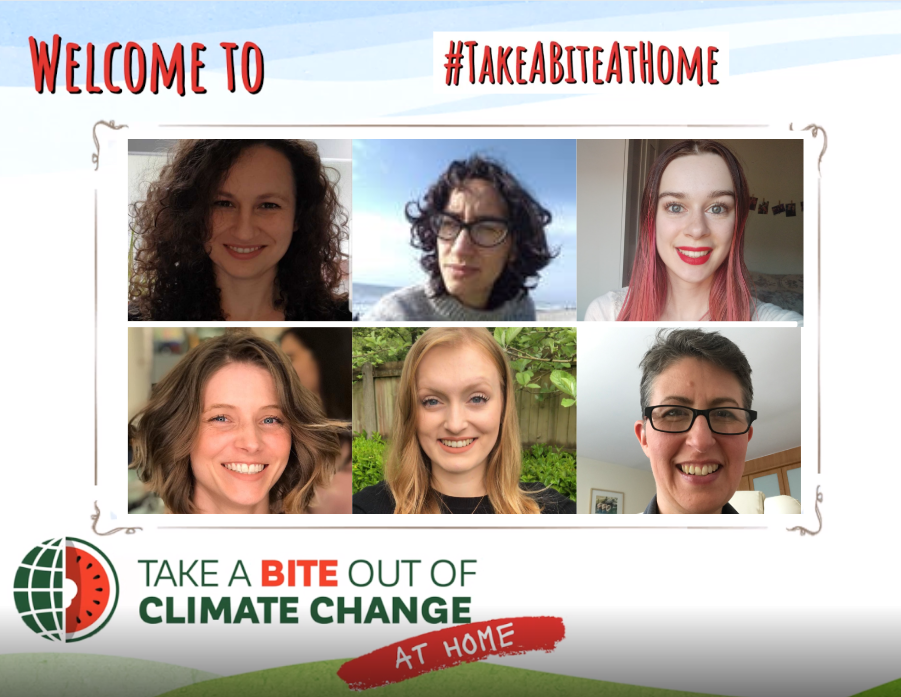 Each week launches with a 3 minute video introducing members of the team and the theme for the week. The team has recorded videos talking through the worksheets, which will be available each Tuesday. Kids can learn from interviews with experts on Wednesdays. On Thursdays, the team will be answering questions sent in via Twitter, Instagram and email, and Fridays will be a showcase of what people came up with at home.

“In this first week, we’re putting the climate impact of food in the context of other emissions and comparing them to driving a petrol car,” says Bridle. “Before heading over to the farm to learn about emissions from animals and fertilizer in the second week. Then in week 3, we’ll talk about transporting food by ship and air, as well as packaging. Finally, we’ll focus on decisions we make at home about what to eat, and food waste, in the last week of June.”

Throughout the month you’ll hear from a range of different scientists who are passionate about the potential for making the world a better place through learning and sharing information on food and climate change. “I changed my career direction from astrophysics to this topic because, when we stop burning fossil fuels, food will be the biggest contributor to climate change” says Bridle. “I love talking with people about it because it’s such a lightbulb moment, when people realise there’s so much they can do to make a difference. This period of home-learning is a fantastic opportunity to engage with children, who are the future of our planet, and hopefully stimulate them to discuss with their families how to make a better future for everyone.”

“Changing our diets is important from so many perspectives.’’ says Prof Tim Benton, who is Research Director for emerging risks at The Royal Institute of International Affairs at Chatham House in London. “In 2019, the School Strikes for Climate had a major role in raising the priority of climate change with world leaders, meanwhile COVID-19 has created a huge shock, but is an example of the sort of problem climate change will throw at us increasingly in the years ahead. As we invest in recovering from COVID-19 we must introduce measures to cut emissions and incentivise climate-friendly behaviours, including around food choices. To achieve that, we need the public demanding changes from politicians, which is where projects like this one are so important.”

Take a Bite out of Climate Change has been funded and supported by The University of Manchester, N8 AgriFood, the Science and Technology Facilities Council’s (STFC) Food Network+, and a Wellcome Trust Institutional Strategic Support Fund award. The team works in partnership with N8 AgriFood, LEAP, the LSHTM Centre on Climate Change and Planetary Health.

Climate facts to chew on at home-school lunchtime