The Centre for New Writing at The University of Manchester is welcoming its 2023 Burgess Fellows, Dr Adelle Stripe and Joe Carrick-Varty.

The Fellowships introduce two new, published writers to each year’s new Creative Writing MA cohort at the Centre, and are given special access to the archive of the International Anthony Burgess Foundation in Manchester.

As well as working with the MA Creative Writing cohort, the Fellows also work with undergraduate students, bridging the BA to MA gap. They are integral to the Centre’s commitment to introducing a broad range of mentors for its students, and for increasing student contact with the practical contexts of the publishing industry by working with writers who are publishing new work during the course of their appointment. 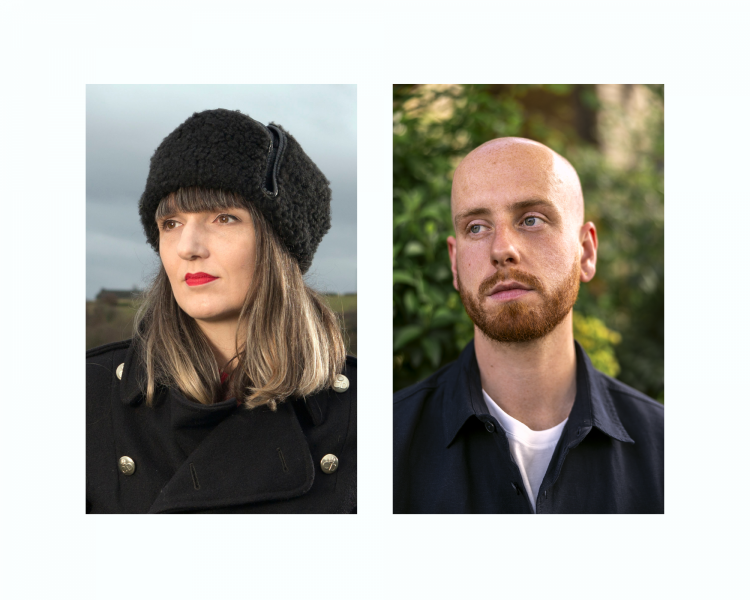 About the 2023 Burgess Fellows

Dr Adelle Stripe was born in York in 1976. Her books include the recent Sunday Times bestseller, Ten Thousand Apologies, and Black Teeth and a Brilliant Smile and she was shortlisted for the Gordon Burn Prize and Portico Prize for Literature.

Her writing has featured in Excavate: The Wonderful and Frightening World of the Fall, Flashback: Parties for the People by the People and Common People: An Anthology of Working-Class Writers. Recently, she has recorded an audio essay on Bradford Ice Rink for ‘New Postscripts’, a BBC Sounds podcast based on JB Priestley’s classic wartime broadcasts. Adelle is a former MA student at the Centre for New Writing, and has lectured at MMU, Leeds Trinity and York St John. Her forthcoming book, Base Notes, is a perfume memoir that explores the connections between scent and memory. It will be published by White Rabbit Books in 2024.

Joe Carrick-Varty is a British-Irish poet, writer and founding editor of bath magg. His work has appeared in the New Statesman, Granta and POETRY. He won an Eric Gregory Award in 2022. His debut collection of poetry, More Sky, was published by Carcanet in January.