The Book of Shanghai is the first book of the China Cities series, initiated and edited by Karen Wang, Deputy Director of Manchester Confucius Institute. 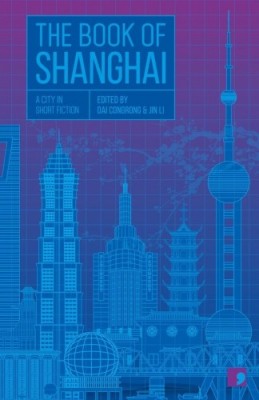 In this literary exploration of one of the world’s biggest cities, the characters are all on a mission. Whether it is responding to events around them, or following some impulse of their own, they are defined by their determination – a refusal to lose themselves in a city that might otherwise leave them anonymous, disconnected or alone.

From the neglected mother whose side-hustle in collecting sellable waste becomes an obsession, to the schoolboy determined to end a long-standing feud between his family and another, these characters show a defiance that reminds us why Shanghai – despite its hurtling economic growth – remains an epicentre for individual creativity.

This anthology intends to give readers a more rounded impression of Shanghai through the chosen short stories featuring individuals living and working there.

"Shanghai is known for the largest ex-pat communities and the highest number of international travellers in China. I hope that this book allows an insight into the present concerns and thoughts of local residents." - Karen Wang

The Manchester Confucius Institute has been a long-term partner of the Manchester Literature Festival and has introduced over a dozen Chinese writers to the UK. Two of the contributing authors of the book, Wang Anyi (2012) and Chen Qiufan (2019) were amongst those and with the help of the institute, managed to build contacts with UK publishers and academic communities. This is the 2nd time the institute has collaborated with Comma Press to publish stories on China. Previously, the CI contributed to the publication of Shi Cheng - Short Stories from Urban China.