Contaminated chicken in UK supermarkets - one year on 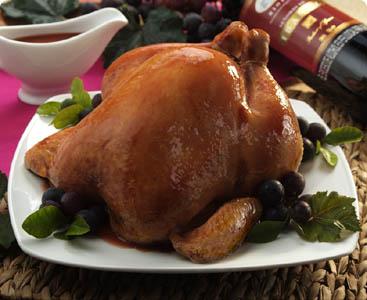 The Food Standards Agency is, tomorrow (THURS), due to publish the results of its latest UK supermarket survey, testing for the deadly bug campylobacter in chickens on sale.

A study led by Professor Dan Rigby at The University of Manchester found that almost three-quarters of consumers still do not associate the pathogen – the most common cause of food poisoning - with the chickens that they buy.

Professor Rigby said: “Following the headlines - one year ago - about the amount of contaminated chicken on supermarket shelves, we surveyed 900 people and found that only 28% associated Campylobacter with poultry and most still significantly underestimated the rate of contamination of chickens for sale in the UK .

“These findings show there is still a huge amount of work to be done to reduce the problem of Campylobacter infection; a problem which costs the UK around £900m annually.”

There is still a huge amount of work to be done to reduce the problem of Campylobacter infection; a problem which costs the UK around £900m annually

Other key findings include:

The study was carried out as part of Enigma Project.

Professor Dan Rigby is available for interview. Full findings are available on request.

Campylobacter is the most common cause of food poisoning, responsible for more than 250,000 cases each year. It causes more than a hundred deaths a year and costs the UK economy about £900 million. About four in five cases of campylobacter poisoning in the UK result from contaminated poultry.

% Associating each pathogen with Chicken:

Integrating Cancer Imaging Biomarker Clinical Research Across the UK
ID Manchester partner selection process progresses to final stage
Coronavirus: urban parks can be a lifeline if we respect lockdown rules
Underwater avalanches are trapping microplastics in the deep ocean
Coronavirus: latest Library information
Experts call for rejection of Coronavirus policy based only on age
Some modules are disabled because cookies are declined. Accept cookies to experience the full functionality of this page.
ACCEPT COOKIES
We use cookies to optimize the website, no personal information is stored. Learn more
DECLINE COOKIES ACCEPT COOKIES