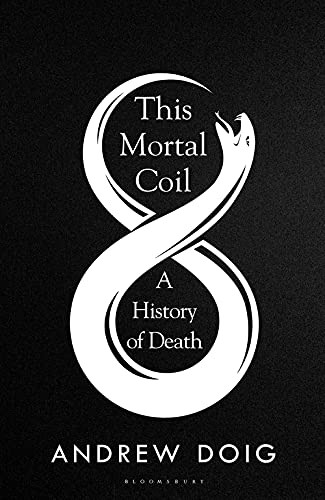 Covid safe? It’s our ancestors we should be thanking

We owe a vote of thanks to our ancestors for inventing some of the most important measures to keep us safe during the Covid 19 pandemic, argues a University of Manchester scientist in a new book.

Andrew Doig, a professor of biochemistry, says today’s lockdown quarantines used to tackle Covid-19 mirror methods used as long as 500 years ago to combat the Black Death in Croatia, France and Italy.

Other measures that saved lives during the Covid-19 pandemic - including vaccines, drug discovery and germ theory, he adds, have changed little in broad terms from at least a century ago.

The book – ‘This Mortal Coil. A History of Death’ - published by Bloomsbury this month - charts the untold history over 10,000 years of what killed us - and what kept us alive.

Professor Doig said: “Many of the measures used to combat infectious disease today, such as Covid-19, would be very recognisable to people living 100 or even 500 years ago.

“From quarantine and drug discovery to vaccination and hand washing, not much has  changed fundamentally in 100 years, it’s just that we’re just better at applying this knowledge.

“Vaccination was invented 200 years ago, drug discovery in the 1900s, and the importance of cleanliness to stop the spread of deadly microbes was first shown in the Victorian era.”

Many of the measures used to combat infectious disease today, such as Covid-19, would be very recognisable to people living 100 even 500 years ago

Even though its cause remained a mystery, the Black Death -  a deadly bubonic plague pandemic in Europe from 1346 to 1353 - lead to the creation of a system used in Southern Europe called quarantine.

Quarantine emerged from the authorities’ legally enforceable 40-day isolation period designed to stop infectious diseases from spreading. The word itself is derived from the Italian word for forty.

In 1843, American professor Oliver Wendell Holmes urged obstetricians and midwives to purify their instruments and routinely wash their hands to stop them infecting new mothers.

In 1796, an English doctor called Edward Jenner extracted some pus from the blisters on a milkmaid’s hand which he injected into eight-year-old James Phipps, the son of his gardener, giving him a mild case of cowpox. When James was later deliberately infected with smallpox, he was unharmed.

Jenner published his findings and named his procedure ‘vaccination’, after the Latin word for cow: vacca. Within ten years of his discovery, the smallpox vaccine had travelled the world.

In the late 19th century scientists showed that infectious disease is caused by transmission of microorganisms, not by foul air, promoting the importance of sanitation .

And in 1907 German Paul Ehrlich began a search for a magic bullet, a chemical that might kill disease-causing microbes, but not human cells.

Derived from his earlier work staining different cells with dyes, Ehrlich modified promising chemicals to increase their activity against target cells, while reducing their toxicity.

Initially testing on mice, Ehrlich used the approach to develop a drug based on a compound called Atoxyl to treat African sleeping sickness and later syphilis.

Professor Doig added: “Causes of death have changed hugely over the centuries: 10,000 years ago the most common cause of death was likely have been violence and in the Middle Ages it was famine, plague and childbirth.

“In the 19th Century people died from infectious diseases such as smallpox, typhoid and measles; all of these are now thankfully rare.

“That is why my book pays tribute to the pioneers from as long as 500 years ago who made possible the knowledge which has undoubtedly saved lives during the Covid-19 pandemic.”

Covid safe? It’s our ancestors we should be thanking