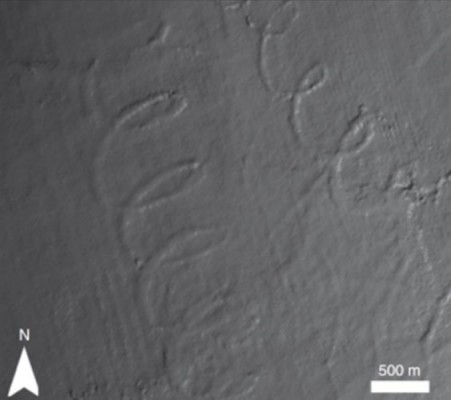 A researcher from The University of Manchester has discovered 430,000 year-old spiral-shaped landforms beneath the seafloor of the North Atlantic Ocean, which may help scientists to improve their predictions of future climate change.

Over the last 2.8 million years, Northwest Europe has been subjected to the repeated growth and decay of large ice sheets. These fluctuations in ice sheet extent are recorded in glacial sediments preserved off the coast of Norway, which are over 1 km thick in places. When these ice sheets reached the sea, they released icebergs whose keels sometimes scraped across the seafloor, sculpting the sediments into distinct landforms. Some of these were preserved by sediment burial, and can be used to reconstruct environmental conditions during past glaciations.

Andrew Newton and his team used 3D seismic reflection data to build models of the buried ancient seafloor. They found spiral-shaped landforms caused by icebergs moved by the combination of an ancient version of the North Atlantic Current (NAC) and the tide. These date from a period of glacial melting 430,000 years ago. By using the landforms to reconstruct the speeds of these currents, they were able to show for the first time that as the European ice sheets began to decay, the NAC was about 50% slower than it is now. This is important, because the NAC plays a significant role in helping to transport heat from the tropics to Northwest Europe, and any change in its strength would have an important influence on our climate.

The vast majority of scientific work carried out in these areas has tended to concentrate on the most recent glaciation, which is already well-documented. By investigating older records of glaciation, scientists will be better equipped to reconstruct the longer-term history of glacial fluctuations and climate change, and the rates at which these environments changed. 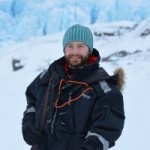 We hope that the documentation of these spiral iceberg scours and the methodology we have developed will lead to the discovery of similar landforms around the Arctic, and will allow for better reconstructions of ancient ocean currents. The more we understand about the ancient environments around the Arctic and Northwest Europe, the more capable we will be of predicting future climate change.