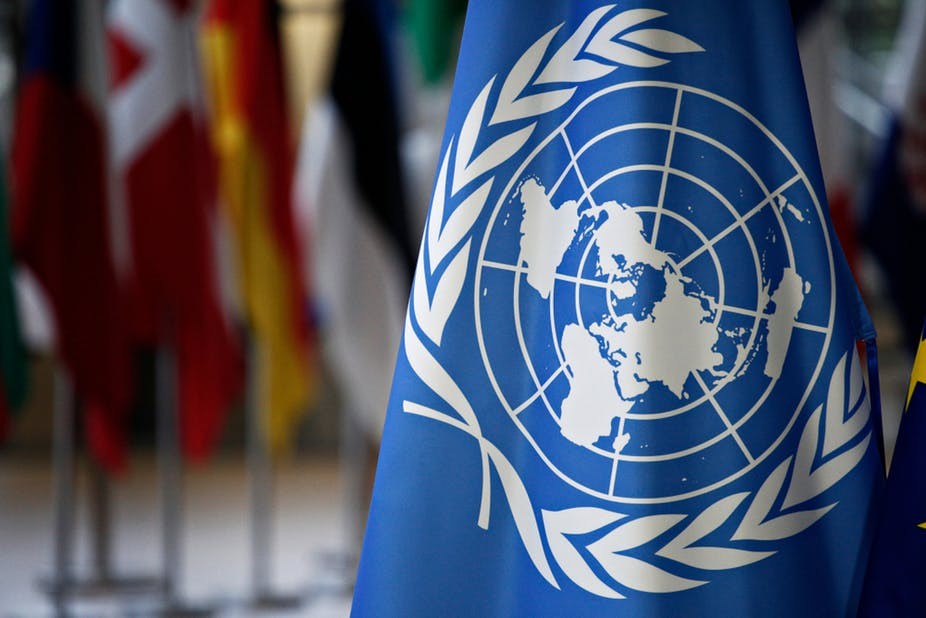 We’re constantly encouraged to think of the next big climate summit, conference or protest as the most important one, the one that is about to make the all-important breakthrough. The UN’s Climate Action Summit on September 23 in New York is no different. The UN’s Secretary General António Guterres is calling on world leaders to come with concrete and realistic plans to bring their national net carbon emissions down to zero by 2050.

But amid the hype, it’s worth putting this UN summit in context against the history of 30 years of such international meetings. Is it a vain hope for 197 countries to agree on any meaningful climate action at all, especially when it involves so much money and power?

Scientists knew from the late 1950s that carbon dioxide was building up and that this could be a problem. By the late 1970s, they knew it would be – it was just a question of when. By 1985, at a workshop of scientists in Villach, Austria, the answer became “sooner than we thought”.

Scientists and activists mobilised and in 1988 the stars aligned. An American drought, a NASA scientist called James Hansen willing to stick his neck out and an international conference in Toronto meant politicians had to respond.

On the 1988 American presidential campaign trail, George Bush Senior promised to convene a global conference on the environment at the White House to “talk about global warming”. But when it finally happened it wasn’t truly global.

The Intergovernmental Panel on Climate Change (IPCC) was born the same year, endorsed by the UN general assembly, and produced its first report in 1990. By then, there had been fine declarations of motherhood-and-apple-pie in various European cities, such as the Hague and Bergen. However, negotiations towards an international treaty to do something about climate change itself did not begin until February 1991. The world’s media largely ignored them, as the 1991 Gulf War was underway.

Whether the world can a transition to sustainability – the stated aims of both the UNFCCC and the UN’s Sustainable Development Goals – remains to be seen. But the stakes could not be higher. If political, economic, technological and cultural solutions aren’t now found, the outlook for humanity – and the other species we share this planet with – is exceptionally bleak. 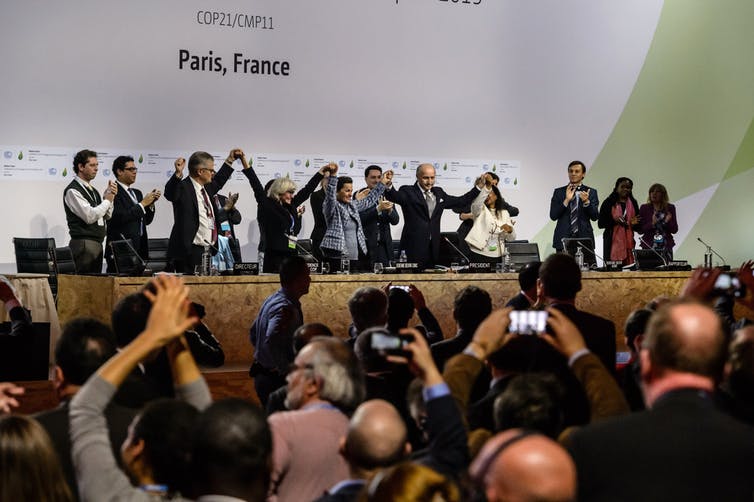 Very little progress was made – a sign of things to come – and with a hard deadline of May 1992 approaching, a month before the world’s nations were to gather in Rio de Janeiro for an “Earth Summit”, powerful countries were at loggerheads.

The birth pangs of this search for an international UN treaty on climate change still shape what is and isn’t possible today.

The sticking point was – and still is – what the US government, and the business lobbies behind it, would find acceptable. The French government was keen that any treaty include actual commitments to reduce CO2 emissions, with targets and timetables for the rich nations. The Bush government warned that if these were included in the text they would not attend the Rio summit, leaving any treaty languishing. The French blinked, the UK acted as a middleman, and a deal was done.

The French, and others, had hoped that once the UNFCCC was signed and ratified, they could quickly address the question of rich country commitments to reduce CO2 emmissions. But this didn’t happen.

When the Kyoto Protocol, which extended the UNFCCC, was agreed in 1997, despite the fact that carbon trading and other economic instruments within it were designed to keep the Americans happy, no serious commitment to reductions was made. The Americans then pulled out of the implementation process of the Kyoto Protocol in 2001, when George W Bush became president.

The process staggered on and there was another helping of motherhood-and-apple-pie at Copenhagen in 2009. Finally, in 2015 a non-binding Paris Agreement was cobbled together, based on a previously discarded “pledge and review” mechanism, which has created an endless round of promises that haven’t been met.

The scientist who had warned that climate change was upon us in 1988 – James Hansen – called the Paris Agreement a fraud, and since 2015, many nations are failing to meet their Paris commitments. Even if they did, global average temperature rise this century would be far in excess of the two degrees above pre-industrial levels that the deal is supposed to ensure.

The US pulled out of the Paris agreement in June 2017. A clear pattern has emerged.

The role of the UN

Some would argue that trying to get 197 countries to agree on anything is a fool’s errand. For 20 years, critics such as the international relations expert David Victor have questioned whether the UN is the appropriate venue for climate negotiations. Victor argues that such a forum is inevitably going to lead to gridlock. He’s not alone in this – as early as 1983 some policy analysts in the US were saying that such a global problem could not be solved because of the complexity of its politics.

The counter argument is that if a deal is agreed outside of the UN process, between the world’s major emitters – the EU, US and China – then it will be perceived as illegitimate, and will likely involve an even greater reliance on speculative technologies than the current Paris Agreement.

Ultimately, it becomes a matter of trust: do those already suffering the impacts of climate change trust those who have caused it to sort it out.

In my experience of talking to people who work in and around the UNFCCC’s bodies, many speak knowledgeably without hesitation, deviation or repetition about the alphabet soup of climate change acronyms, but are completely oblivious of much of this awkward history. Yet what happened – straightforward veto power by the US of anything that would look like real action – remains with us today, and it doesn’t help to pretend otherwise.

Whether the world can a transition to sustainability – the stated aims of both the UNFCCC and the UN’s Sustainable Development Goals – remains to be seen. But the stakes could not be higher. If political, economic, technological and cultural solutions aren’t now found, the outlook for humanity – and the other species we share this planet with – is exceptionally bleak.

Marc Hudson, The University of Manchester, is co-founder of Climate Emergency Manchester, which is trying to get Manchester City Council to turn its many fine words about 'zero carbon' into meaningful action. This article is republished from The Conversation under a Creative Commons license. Read the original article.