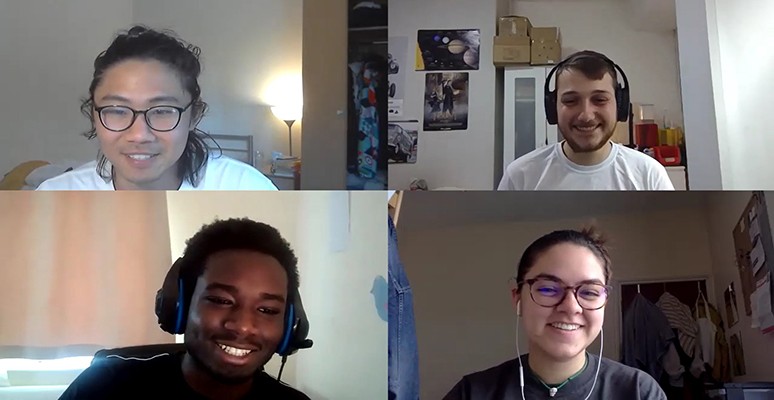 Peer-Assisted Study Sessions (PASS) students in the Department of Electrical and Electronic Engineering (EEE) have been recognised at the Education Awards in partnership with Peer Support and The University of Manchester Students' Union.

Held on 14 June 2021, the 26th annual Peer Support Awards celebrated a year of online peer support mentoring. Olivia Del Pino Herrera was presented with an Outstanding Contribution Award, and was described as the "MVP of EEE PASS" and even "a living god".

The final award of the evening was the Outstanding Scheme Award for the Unsung Scheme. The standard in this category was very high, with six nominated schemes in the running. The award is presented to the scheme that has shown resilience and endurance through challenges.

As the winners, the EEE PASS Scheme was said to have "never given up where others might, and always strived to achieve its goals when it has faced resistance. The winning scheme has demonstrated unwavering commitment to focussing their support on the needs of their students".

The presenter of the award, Director of Teaching, Learning and Student Development Louise Walmsley, added the scheme has "run innovative debriefs in areas such as careers and placements". She said: "One line in their application summed it up for me - PASS means one thing, family."

Congratulations to Olivia Del Pino Herrera, Joshua Bettles, Minh Vu, Szabolcs Arnodi and Toluwani Soboyejo, and all others involved in EEE PASS, on this excellent achievement.

Watch a recording of the virtual ceremony.