Egyptians, not Greeks, were true fathers of medicine

Egyptians, not Greeks, were true fathers of medicine 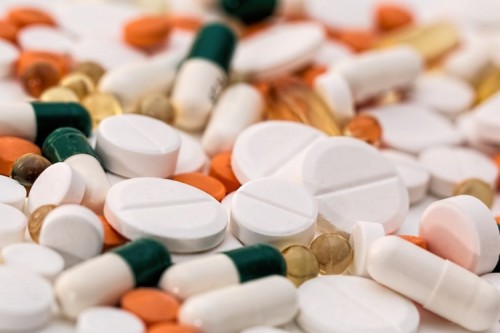 Scientists examining documents dating back 3,500 years say they have found proof that the origins of modern medicine lie in ancient Egypt and not with Hippocrates and the Greeks.

The research team from the KNH Centre for Biomedical Egyptology at The University of Manchester discovered the evidence in medical papyri written in 1,500BC - 1,000 years before Hippocrates was born.

"Classical scholars have always considered the ancient Greeks, particularly Hippocrates, as being the fathers of medicine but our findings suggest that the ancient Egyptians were practising a credible form of pharmacy and medicine much earlier," said Dr Jackie Campbell.

The medical documents, which were first discovered in the mid-19th century, showed that ancient Egyptian physicians treated wounds with honey, resins and metals known to be antimicrobial.

The team also discovered prescriptions for laxatives of castor oil and colocynth and bulk laxatives of figs and bran. Other references show that colic was treated with hyoscyamus, which is still used today, and that cumin and coriander were used as intestinal carminatives.

Further evidence showed that musculo-skeletal disorders were treated with rubefacients to stimulate blood flow and poultices to warm and soothe. They used celery and saffron for rheumatism, which are currently topics of pharmaceutical research, and pomegranate was used to eradicate tapeworms, a remedy that remained in clinical use until 50 years ago.

"Many of the ancient remedies we discovered survived into the 20th century and, indeed, some remain in use today, albeit that the active component is now produced synthetically," said Dr Campbell.

"Other ingredients endure and acacia is still used in cough remedies while aloes forms a basis to soothe and heal skin conditions."

Fellow researcher Dr Ryan Metcalfe is now developing genetic techniques to investigate the medicinal plants of ancient Egypt. He has designed his research to determine which modern species the ancient botanical samples are most related to.

"This may allow us to determine a likely point of origin for the plant while providing additional evidence for the trade routes, purposeful cultivation, trade centres or places of treatment," said Dr Metcalfe.

"The work is inextricably linked to state-of-the-art chemical analyses used by my colleague Judith Seath, who specialises in the essential oils and resins used by the ancient Egyptians."

Professor Rosalie David, Director of the KNH Centre, said: "These results are very significant and show that the ancient Egyptians were practising a credible form of pharmacy long before the Greeks.

"Our research is continuing on a genetic, chemical and comparative basis to compare the medicinal plants of ancient Egypt with modern species and to investigate similarities between the traditional remedies of North Africa with the remedies used by their ancestors of 1,500 BC."

The research is being funded by the Leverhulme Trust.