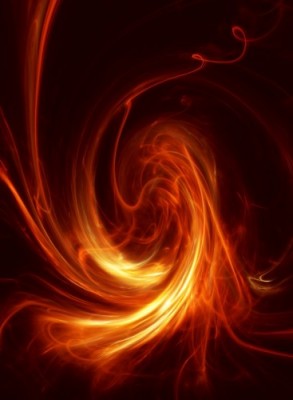 Electrons which act like slow-pouring honey have been observed for the first time in graphene, prompting a new approach to fundamental physics.

Electrons are known to move through metals like bullets being reflected only by imperfections, but in graphene they move like in a very viscous liquid, University of Manchester researchers have found.

The possibility of a highly viscous flow of electrons in metals was predicted several decades ago but despite numerous efforts never observed, until now as reported in the journal Science.

The observation and study of this effect allows better understanding of the counterintuitive behaviour of interacting particles, where the human knowledge and developed mathematical techniques are lacking.

One-atom thick material graphene, first explored a decade ago by a team at The University of Manchester, is renowned for its many superlative properties and, especially, exceptionally high electrical conductivity.

It is widely believed that electrons in graphene can move ‘ballistically’, like bullets or billiard balls scattering only at graphene boundaries or other imperfections.

The reality is not quite so simple, as found by a Manchester group led by Sir Andre Geim in collaboration with Italian researchers led by Prof Marco Polini.

They observed that the electric current in graphene did not flow along the applied electric field, as in other materials, but travelled backwards forming whirlpools where circular currents appeared.Such behaviour is familiar for conventional liquids such as water which makes whirlpools when flowing around obstacles, for example, in rivers.

The scientists measured the viscosity of this strange new liquid in graphene, which consists not of water molecules but electrons. To the researchers surprise, the electron fluid can be 100 times more viscous than honey, even at room temperature.

Graphene cannot stop amazing us. Now we need to think long and hard how to connect such contradictory behaviour... A strong adjustment of our understanding of the physics is due

The scientific breakthrough is important for understanding of how materials work at increasing smaller sizes required by the semiconducting industry because such whirlpools are more likely to appear at micro and nanoscale.

The observation also questions our current understanding of the physics of highly conductive metals, especially graphene itself.

The simultaneous existence of such seemingly incompatible properties, with electrons behaving like bullets and a liquid in the same material prompts a fundamental rethinking about our understanding of materials properties.

Professor Polini commented: “Giving decades long efforts to find even minor signs of a viscous flow in metals, we were flabbergasted that graphene exhibited not just some small blip on an experimental curve but the clear qualitative effect, a large backflow of electric current.”

Sir Andre Geim, who received a Nobel Prize for graphene, added: “Graphene cannot stop amazing us. Now we need to think long and hard how to connect such contradictory behaviour as ballistic motion of electrons, which is undoubtedly seen in graphene, with this new quantum weirdness arising from their collective motion. A strong adjustment of our understanding of the physics is due.”