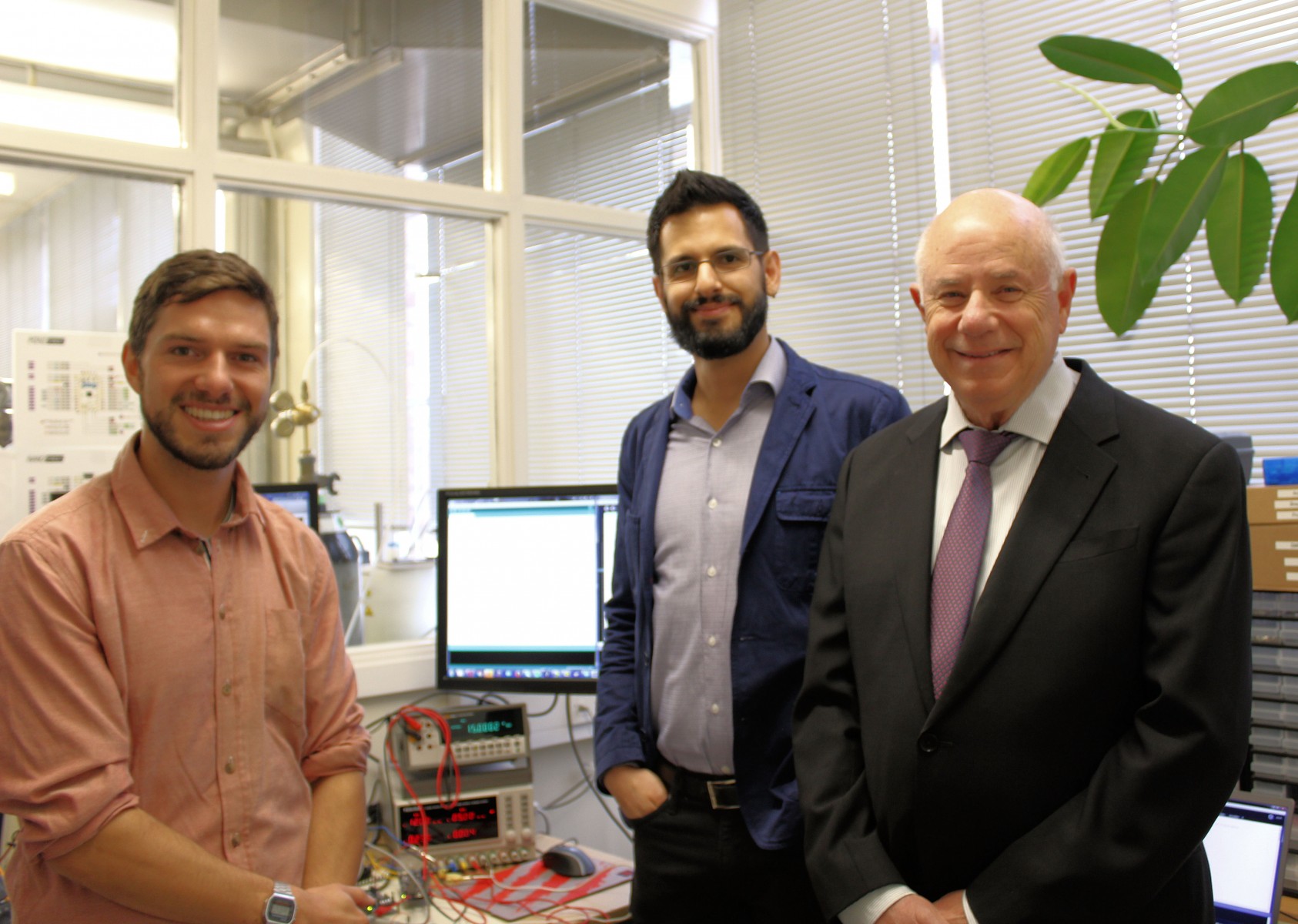 An annual prize worth £50,000 has been awarded to two young Manchester researchers to help set-up a new graphene business venture.

The Eli and Britt Harari Graphene Enterprise Award is awarded each year to help the implementation of a commercially-viable business proposal from students, post-docs and recent graduates of The University of Manchester based on developing the commercial prospects of graphene.

This year’s competition was promoted and supported through the use of on-line resources, information sessions and business planning workshops by the Manchester Enterprise Centre, Alliance Manchester Business School.

Christian Berger and Daniel Melendrez are this year’s joint winners of the grant and ongoing business support following a decision made by a select panel of judges. Their winning entry tackles growing usability problems faced by the increasing number of over 65s who are new to using smartphones and similar touch devices.

Nearly 60% of these users report real problems when using touchscreen devices due to age related issues. Users who experience tremors or reduced perception of pressure application can often find touch screen interfaces difficult to use.

Usability problems such as touch accuracy when making on-screen selections and accidental unintended pressing have been raised as issues of frustration by many users. Christian and Daniel are seeking to address these problems by developing a transparent film overlay made using graphene.

The transparent flexible force-touch interface (MEMS-TI) is capable of measuring the force applied to film and correcting for any perceived errors. The technology could be used for a wide range of applications including; mass market consumer electronics (haptic devices, touch screens, entertainment/gaming), education, digital arts and media, materials handling and control, augmented reality and healthcare.

The newly developed film utilises graphene’s multiple superlative properties. Graphene is a perfect material for this new technology as it is transparent, flexible and extremely conductive, meaning that there is no loss in existing functionality.

The inspiration and expertise provided by Eli Harari combined with the scientific excellence of our graphene research gives today’s winners the opportunity to have a jump-start on the path to creating a significant business. I wish them every success

In awarding this year’s prize the judges were particularly impressed with the way in which Christian and Daniel were able to combine an assured knowledge of the technology with a credible application that provided real value to a specific set of users.

Professor Luke Georghiou, Deputy President and Deputy Vice-Chancellor of The University of Manchester and one of the judges for this year’s competition said: “Our commitment to student entrepreneurship is a vital part of our approach to commercialisation of graphene.

“The inspiration and expertise provided by Eli Harari combined with the scientific excellence of our graphene research gives today’s winners the opportunity to have a jump-start on the path to creating a significant business. I wish them every success!”

Christian has just successfully completed his 4 year PhD researching into Graphene-based sensors with a particular focus on pressure sensors and fabrication techniques and provides the manufacturing and material expertise. While Daniel, who is in his final year of his PhD also researching graphene-based sensors, is able to bring this and 6 years’ worth of experience in electronic instrumentation to the design of the electronics and processing that will be needed.

The winners are looking to develop an innovative range of new sensors and actuators based a patented technology of single layer graphene films supported by a thin flexible polymeric membrane.

The new technology has a range of applications beyond the one presented to the judges and in order to start explore the full potential of this exciting technology, Christian and his PhD supervisor, Dr Aravind Vijayaraghavan setup Atomic Mechanics Ltd, a spin-out company from The University of Manchester. Daniel has since joined the company as Lead Engineer.