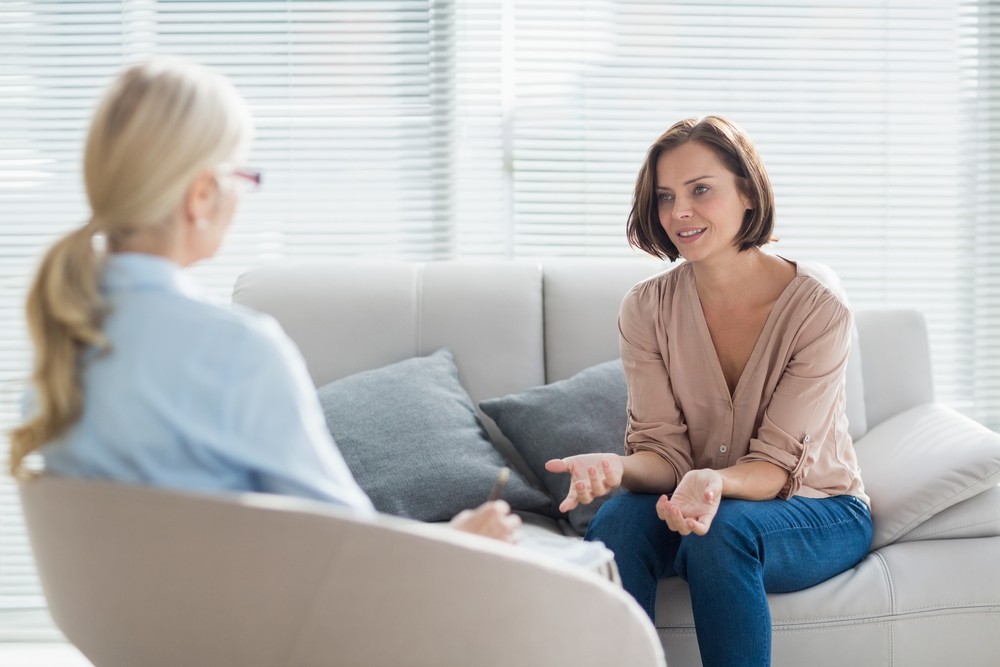 stock-photo-woman-talking-to-therapist-on-sofa-at-home-454809184.jpg
Woman talking to therapist on sofa at home

Enhanced versions of the most commonly used talking therapy for depression significantly reduces the illness beyond six months, a meta study of over 15,000 people has concluded.

The study compared CBT alone and with one or two additional components such as social skills training, assertiveness training, relaxation techniques and psychoeducation.

All three protocols, they found, reduced depressive symptoms by a substantial 8.44 points on the Beck Depression Inventory, a 21 item self-reporting scale which measures symptoms of depression.

However only CBT with one or two additional components sustained the effects in the long-term, reducing depression to at least 5 or 8 points respectively after 6 months when compared to CBT alone.

In addition, CBT given with two extra components was more effective when delivered by non-mental health specialists such as nurses.

Age also appeared to affect the effectiveness of CBT: participants younger than 30 and younger than 59 responded better to CBT with two or one extra components respectively.

And the analyses also demonstrated that participants from lower socio-economic status responded better to CBT with two or one extra components.

Our study shows that CBT can significantly reduce depression after treatment, however when given with one or two extra components it becomes effective in the long term

“It impacts negatively on people’s quality of life and is very costly for health and care systems, so understanding how to best to treat it is paramount.

“Our study shows that CBT can significantly reduce depression after treatment, however when given with one or two extra components it becomes effective in the long term.”

He added: “When enhanced CBT is given to younger people, policy makers should also focus on supporting non mental health professionals in giving this extra help.

“That could explain why enhanced CBT seems more effective when they deliver it however more research is needed to understand this more fully.”