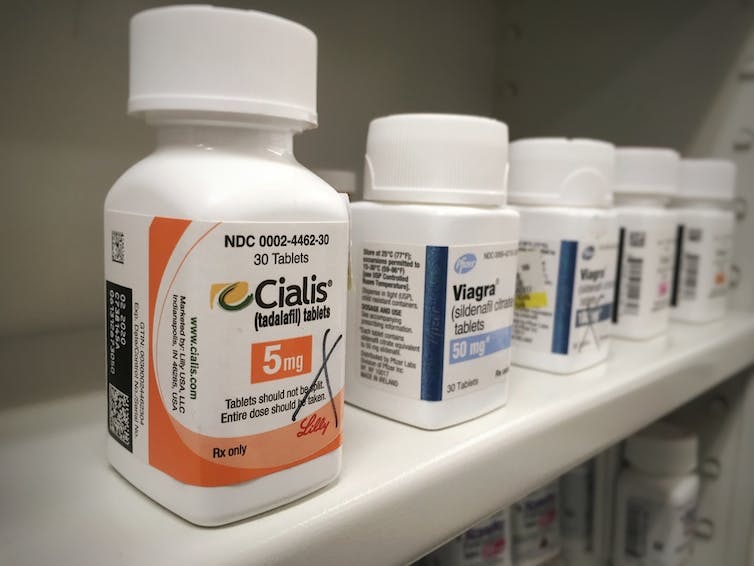 In the 1990s, the US drug firm Pfizer was developing drugs to treat angina. During early trials of these drugs, male participants reported a striking side effect: they were getting erections. This discovery led to the development of drugs to treat erectile dysfunction. Our latest study shows that one of these erectile dysfunction drugs (Cialis) is very effective at treating a particular type of heart failure in sheep.

Heart failure is a devastating condition that occurs when the heart is too weak to pump blood around the body. People with heart failure often cannot complete basic tasks without becoming breathless and developing a cough. It is also a condition where survival is worse than for many of the common forms of cancer. The high rates of heart failure and the fact that survival is poor highlights the need for newer and more effective treatments for this condition. 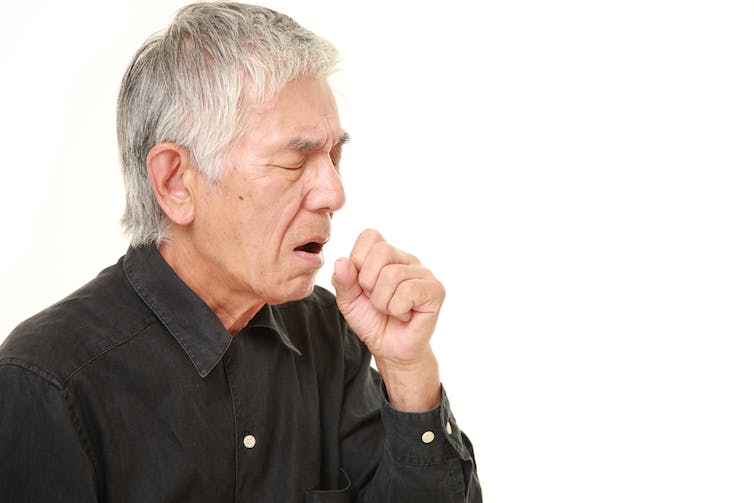 Coughing brought about by even light activity is one of the signs of heart failure. UV70/Shutterstock

We discovered that tadalafil (the generic name for Cialis) was very good at stopping heart failure getting worse. It was also surprisingly effective at reversing some changes that had already occurred in the failing heart before the drug was given. In particular, the heart could again respond properly to adrenaline and contract harder. Also, tadalafil reversed changes that had occurred to the structure of the muscle cells in the heart during the development of heart failure.

The findings from this study, published in Nature, Scientific Reports, may also help explain why people who have been intermittently taking drugs to treat their erectile dysfunction seem to be less likely to have a heart attack or die following a heart attack. Our research adds to the small number of clinical studies that have been performed in patients with heart failure where the related drug sildenafil (Viagra) was reported to improve the patients’ ability to exercise, but the mechanisms behind these positive effects remained elusive.

Despite the encouraging results from our study and the fact that drugs to treat erectile dysfunction are now available without a prescription, we need to remain cautious. The RELAX trial, which reported results in 2013, showed no improvement in exercise capacity in patients receiving sildenafil.

Still, the experimental findings in our study using tadalafil and those clinical trials in patients with systolic heart failure offer new hope for an effective treatment for heart failure.

While the work in our study was done using sheep, the strong similarities between the sheep and human hearts in the way they work and respond to disease gives us confidence that these findings will be replicated in humans. Indeed, clinical trials using tadalafil in patients with heart failure are a next step in the process of adding tadalafil to our toolkit to treat patients with heart failure, and we hope to be able to begin these in the near future.