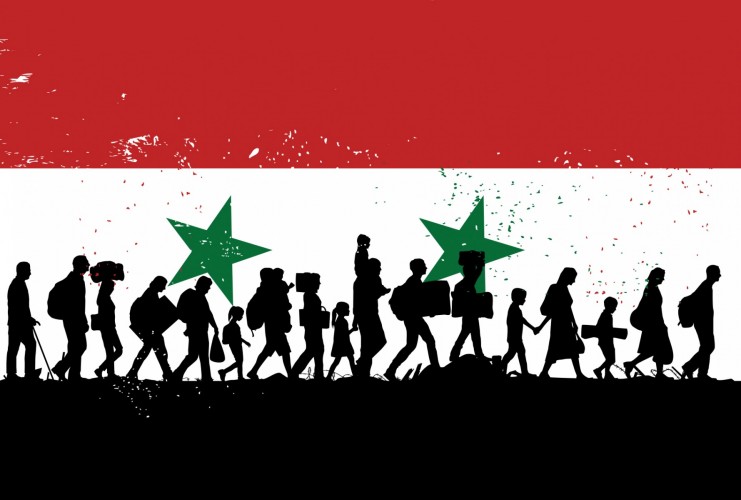 On 30th November the Humanitarian and Conflict Response Institute (HCRI) at the University of Manchester will bring together academics, aid workers, policy-makers and activists to reflect on the recent attacks in Syria and debate what can be done next.

Ahead of this event, HCRI Executive Director and Professor of Cultural History, Bertrand Taithe reflects on the historical context of the current situation in Syria.

The news that the UN might have given positions to associates of the Damascus government shocks when so much of the conflict has been read through the prism of the revolt against its atrocious repression of the Syrian ‘Arab Spring’, yet civil wars are messy affairs and find messy resolutions when one side fails to win outright.

The Spanish civil war of 1936-9 ended in the Franco regime total victory, a distinct possibility for the Assad regime, while the Lebanon civil war of 1975-1990, which mirrored some of the fundamental ethnic and confessional diversity of Syria, ended in a messy negotiated settlement – but only after the will to war had been thoroughly exhausted – many atrocities having taken place.

Ending a civil war is always confused and confusing – leaving no room for high minded moral judgements and realists and pragmatic diplomats will not be choosy when it comes to finding partners. The losers are the people who are torn asunder in the tug of war between politicians and, in Syria, the proxy wars that regional and global rivals fight with Syrian sufferings.

What policy should the Syrians, Western, Eastern and regional parties in this conflict embrace? This question is almost impossible to answer.

During the interwar years, Syria was under the very harsh French mandate. Much of Damascus was destroyed in that war of 1925-1927 and Syrian sufferings were brought to the League of Nations, the ancestor of the UN, but to no avail. History is not repeating itself; there are many more interested parties in this war than in the 1920s.

Our seminar is an opportunity to reflect on the options people have when they become pawns in the great games local and international players engage in.

Join in the discussion:

At the event: What next for Syria?