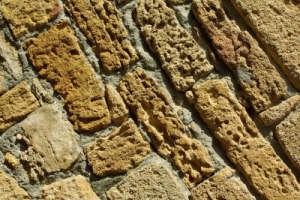 Scientists at The University of Manchester have developed a new way of dating archaeological objects – using fire and water to unlock their ‘internal clocks’.

The simple method promises to be as significant a technique for dating ceramic materials as radiocarbon dating has become for organic materials such as bone or wood.

A team from The University of Manchester and The University of Edinburgh has discovered a new technique which they call ‘rehydroxylation dating’ that can be used on fired clay ceramics like bricks, tile and pottery.

Working with The Museum of London, the team has been able to date brick samples from Roman, medieval and modern periods with remarkable accuracy.

They have established that their technique can be used to determine the age of objects up to 2,000 years old – but believe it has the potential to be used to date objects around 10,000 years old.

The exciting new findings have been published online today (20 May 2009) by the Proceedings of the Royal Society A.

The method relies on the fact that fired clay ceramic material will start to chemically react with atmospheric moisture as soon as it is removed from the kiln after firing. This continues over its lifetime causing it to increase in weight – the older the material, the greater the weight gain.

In 2003 the Manchester and Edinburgh team discovered a new law that precisely defines how the rate of reaction between ceramic and water varies over time.

The application of this law underpins the new dating method because the amount of water that is chemically combined with a ceramic provides an ‘internal clock’ that can be accessed to determine its age.

The technique involves measuring the mass of a sample of ceramic and then heating it to around 500 degrees Celsius in a furnace, which removes the water.

The sample is then monitored in a super-accurate measuring device known as a microbalance, to determine the precise rate at which the ceramic will combine with water over time.

Using the time law, it is possible to extrapolate the information collected to calculate the time it will take to regain the mass lost on heating – revealing the sample’s age.

The researchers also tested a ‘mystery brick’, with the real age only revealed to them once they had completed their process. This known age was between 339 and 344 years – and the new technique suggested the brick was 340 years old.

During the course of their research, the team also found that ceramic objects have their internal date clocks reset if they are exposed to temperatures of 500 degrees Celsius.

Used on medieval brick from Canterbury, the technique repeatedly dated a sample as being 66 years old. Further investigation revealed that Canterbury was devastated by incendiary bombs and fires during a Second World War blitz in 1942. The intense heat generated by the bombing had reset the dating clock by effectively re-firing the bricks.

The results also proved accurate enough to show that a brick sample from the King Charles building in Greenwich came from reconstruction carried out in the 1690s and not from the original building which was constructed between 1664 and 1669.

Lead author Dr Moira Wilson, Senior Lecturer in the School of Mechanical, Aerospace and Civil Engineering (MACE), said: “These findings come after many years of hard work. We are extremely excited by the potential of this new technique, which could become an established way of determining the age of ceramic artefacts of archaeological interest.

“The method could also be turned on its head and used to establish the mean temperature of a material over its lifetime, if a precise date of firing were known. This could potentially be useful in climate change studies.

“As well as the new dating method, there are also more wide-ranging applications of the work, such as the detection of forged ceramic.”

The three-year £100,000 project was funded by the Leverhulme Trust, with the microbalance - which measures mass to 1/10th of a millionth of a gram – funded by a £66,000 grant from the Engineering and Physical Science Research Council (EPSRC).

Researchers are now planning to look at whether the new dating technique can be applied to earthenware, bone china and porcelain.

The paper, entitled ‘Dating fired-clay ceramics using long-term power-law rehydroxylation kinetics’ has been published online and is due to appear in a future edition of Proceedings of the Royal Society A. A copy of the paper is available on request. DOI:10.1098/rspa.2009.0117

The full research team comprised Dr Moira Wilson, Dr Margaret Carter, Prof William Hoff, Ceren Ince, Shaun Savage and Bernard McKay from The University of Manchester, Professor Chris Hall from the School of Engineering and Centre for Materials Science and Engineering at The University of Edinburgh and Ian Betts from The Museum of London.