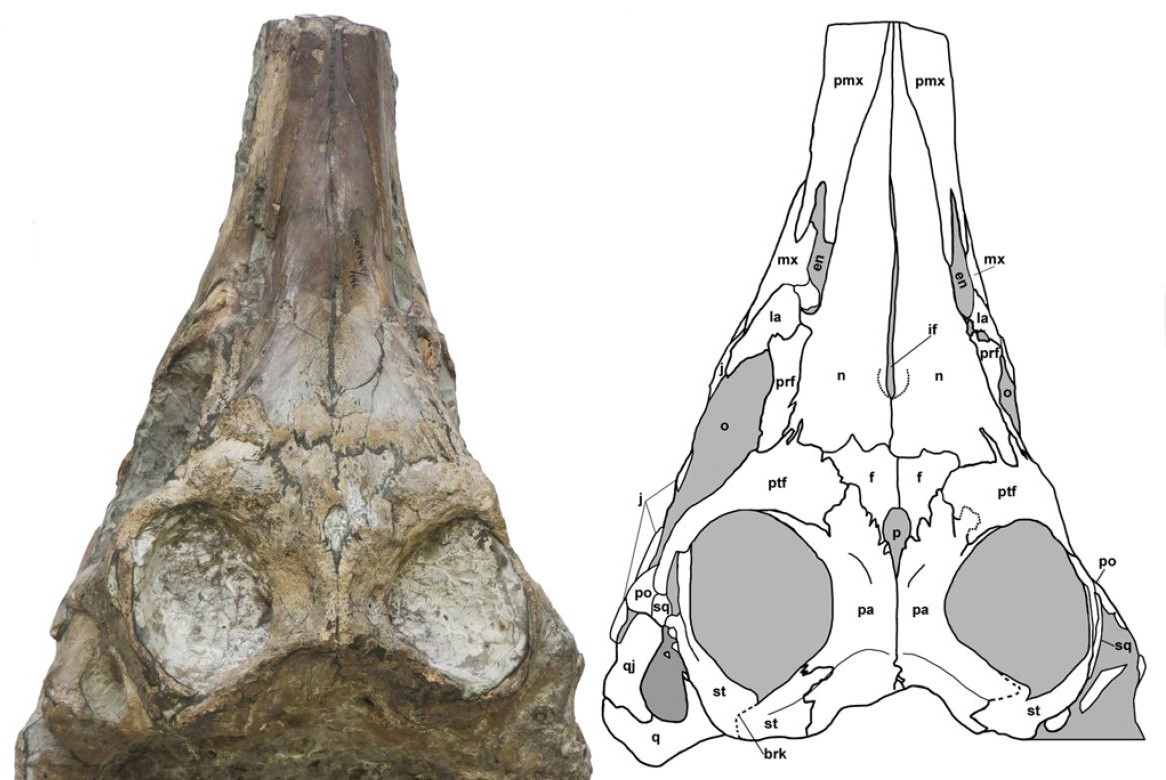 A new scientific study led by researchers at The University of Manchester has re-examined a series of fossil skulls from the UK, providing new insights into two species of extinct marine reptiles.

Whilst researching the fossil collections of the New Walk Museum, Leicester, England, the team studied an almost complete skull of an ichthyosaur with all of the bones of the skull roof preserved, in exceptional detail.

The find provided new information about the anatomy of the skull in a species known as Protoichthyosaurus.

Previously, many Protoichthyosaurus fossils had thought to be the same as a closely related, but contemporary species called Ichthyosaurus. However, in 2017, Lomax and his team found that the two species differed greatly in the number of fingers on each limb, which has been the key characteristic used to tell them apart.

In the new study, the researchers have identified a further difference between Protoichthyosaurus and its close cousin, based on the skull at New Walk Museum and Art Gallery, Leicester. They found that the two ichthyosaurs vary in the shape of the skull, and particularly how the individual skull bones fit together.

Despite hundreds of skulls of Early Jurassic ichthyosaurs being known, many of them are often poorly preserved, damaged or crushed, or simply are not exposed in the right view. As such, finding a specimen that shows how all of the skull bones fit together adds considerably to our understanding of ichthyosaur skull anatomy. 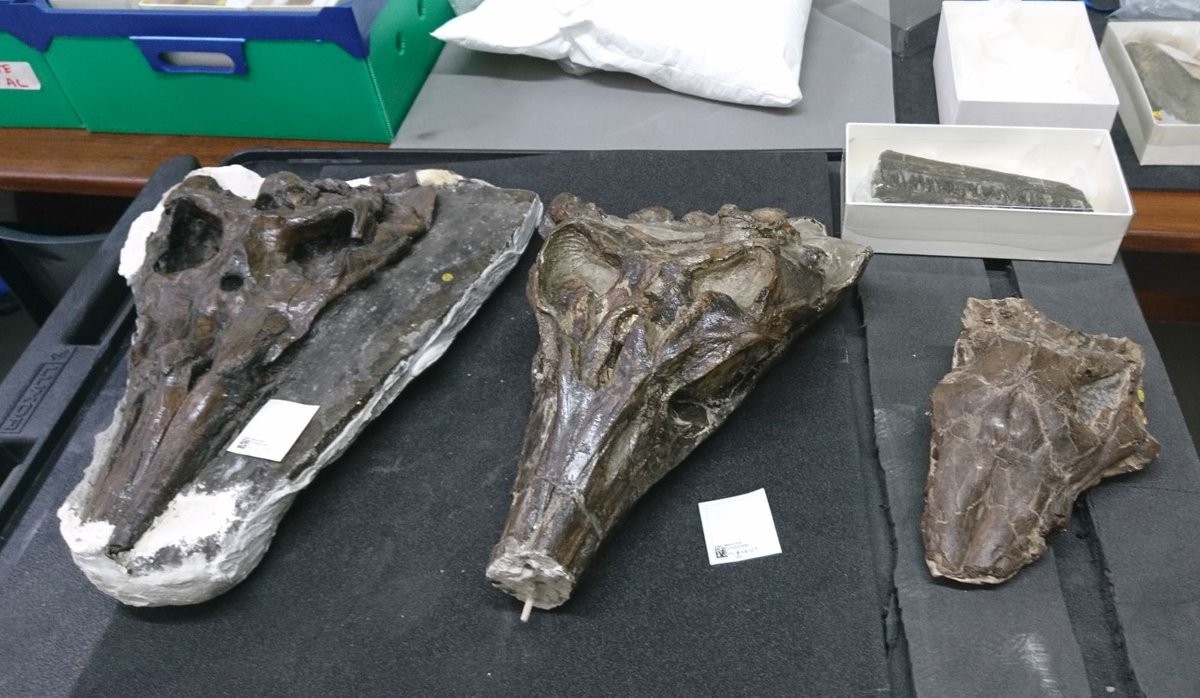 Dr Mark Evans of the University of Leicester’s Centre for Palaeobiology Research said: “This skull was discovered in the nineteenth century at the village of Barrow-upon-Soar in Leicestershire. The Early Jurassic rocks from this area were extensively quarried to make cement, and many fossils were discovered in the process. The fossils from Barrow are frequently preserved in three dimensions, as was the case with the skull we studied; unfortunately all the old quarries have now disappeared and been built on.”

Dr Lomax said: “Despite hundreds of skulls of Early Jurassic ichthyosaurs being known, many of them are often poorly preserved, damaged or crushed, or simply are not exposed in the right view. As such, finding a specimen that shows how all of the skull bones fit together adds considerably to our understanding of ichthyosaur skull anatomy.”

He continued: “In addition, with the identification of this new skull, we compared it with as many other good skulls of Ichthyosaurus as possible, most of which were first found over 150 years ago; our findings support that the two species are distinct in the skull as well as in other parts of the skeleton.”

Dr Lomax is a renowned ichthyosaur expert, having started his career by identifying a new species of Ichthyosaurus at the Doncaster Museum and Art Gallery, which was misidentified as a plaster cast. He is a visiting scientist The University of Manchester, where he completed both his MPhil and PhD. Recently, he gave a TEDx Talk about his unorthodox journey into academia and palaeontology.