Organisations of Hope: Building a Creative Consortium for Health Equity in Greater Manchester explores how creativity, culture and heritage can address inequities. 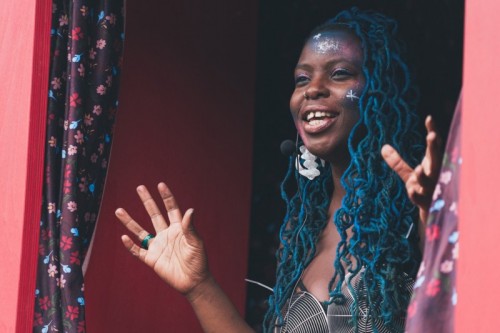 The Arts and Humanities Research Council (AHRC) has awarded researchers at The University of Manchester funding to partner with local communities to tackle health inequalities across the UK.

The award comes as part of a new wave of research projects announced to investigate the role of community assets such as parks and galleries in improving health outcomes. The projects are funded as part of the second phase of the £26 million, UK Research and Innovation (UKRI) Mobilising Community Assets to Tackle Health Inequalities investment. This multi-year research programme is funded primarily by the Arts and Humanities Research Council (AHRC) and aims to use existing local resources to create a fairer and healthier society.

Building on previous success;
The first phase of the programme was announced earlier this year and funded projects which looked at how to scale up small, local approaches to tackle health inequalities. This second phase is a consortia-building phase, which will fund 16 projects up to £250,000 each to facilitate cross-partner collaboration, incorporating relevant non-academic partners, including community groups and health system organisations.

These consortia will conduct new research and develop community asset hubs with the aim of coordinating large-scale projects for their communities as part of the final phase of the programme to be launched in 2023.

Organisations of Hope, led by Principal Investigator, Dr Simon Parry, explores how creativity, culture and heritage address inequities in Greater Manchester, with an initial focus on mental health and dementia.  It will build a creative health coalition in Greater Manchester from a diverse group of organisations and individuals that represent communities, cultural organisations, charities, health and care providers and local government. The partners will work together to understand how existing creative health assets can improve health and wellbeing and increase equity by tackling the social determinants of health.

The initial group includes researchers from The University of Manchester and King’s College London; key staff from the Greater Manchester Integrated Care Partnership, its flagship organisation Dementia United and the Greater Manchester Combined Authority; as well as charities who work with communities like Cartwheel Arts, Action Together and 42nd Street.