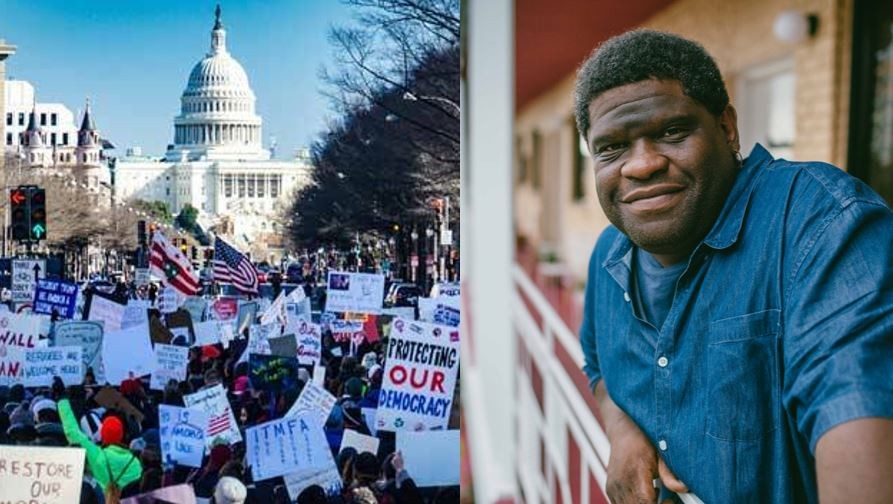 Gary Younge, the multi award-winning journalist who recently joined The University of Manchester as Professor of Sociology, will analyse the recent US election in a live streamed public lecture and Q&A on Thursday 19 November.

Donald Trump's presidency has been widely criticised for violating democratic norms - but the USA was a slave state for more than 200 years, an apartheid state for a century, and has only a been non-racist democracy for just over 50 years.In his lecture, Gary will ask how robust those democratic norms were, to what extent they were undermined by its racial history, and what this means for Biden's America.

Gary joined The University of Manchester earlier this year from The Guardian, where he was appointed US correspondent in 2003, before becoming their editor-at-large in 2015. He has won several prizes for his journalism, including the David Nyhan Prize for political journalism from Harvard’s Shorenstein Center.

He has written extensively on inequality, race, immigration, identity and politics in the US, with titles including Another Day in the Death of America, A Chronicle of Ten Short Lives; The Speech - The Story Behind Martin Luther King’s Dream and No Place Like Home - A Black Briton’s Journey Through the Deep South.

His books have received considerable acclaim, with several of his titles either winning or being shortlisted for major literary awards. In 2017, Another Day in the Death of America won the J. Anthony Lukas Book Prize from Columbia Journalism School and Nieman Foundation.

The lecture will be followed by a Q&A session chaired by Professor Angelia Wilson. Angelia is a Professor of Politics at The University of Manchester, where she specialises in American Politics. She is the Chair of the Political Studies Association of the UK, having previously served on the Council of the American Political Science Association.

She is also an experienced political commentator, having appeared on BBC Breakfast, BBC World Service, The Big Question and many other media outlets.

The event, which will be introduced by Brian Heaphy - Professor of Sociology and Head of the School of Social Sciences - will be livestreamed over Facebook on Thursday 19 November at 6pm GMT.