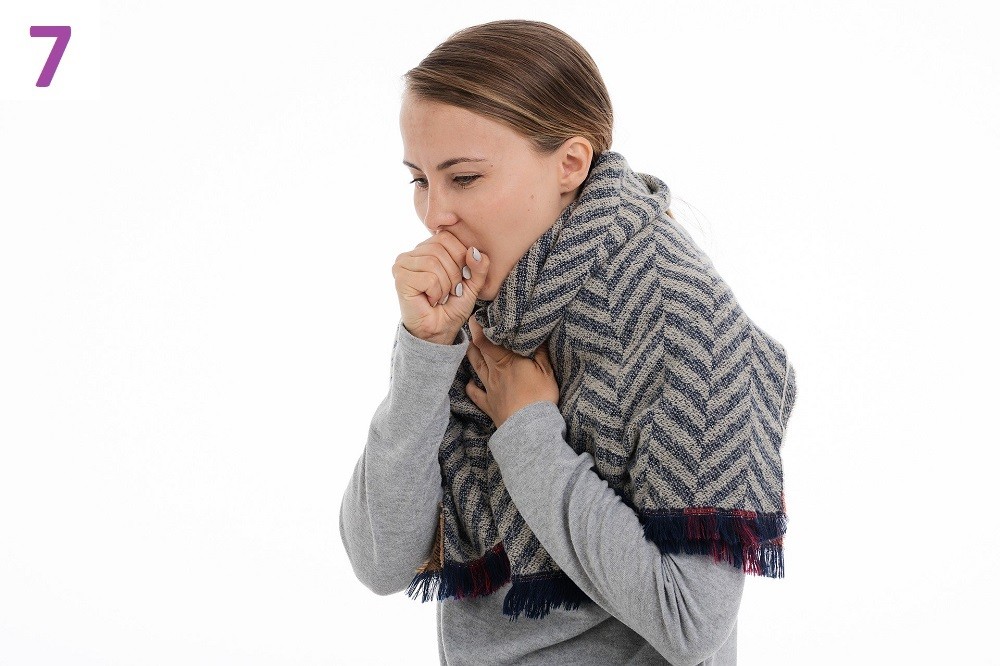 The world’s first phase three trials of a new drug have shown that it can ease the often distressing symptom of chronic cough with few side effects.

Principle researcher Jacky Smith, Professor of Respiratory Medicine at The University of Manchester and Honorary Consultant at Wythenshawe Hospital, Manchester University Foundation Trust and Director of NIHR Manchester Clinical Research Facility (CRF), says Gefapixant has the potential to have a significant impact on the lives of thousands of sufferers.

The two Phase 3, randomised, double blind 52-week trials - called Cough 1 and Cough 2 recruited 2,044 participants from 156 sites in 17 countries who had been suffering from chronic cough for an average of 11 years.

The drug is being developed in collaboration with the pharmaceutical company MSD, who funded the trials.

The study published in The Lancet today shows that Gefapixant 45 mg demonstrated an 18.5% reduction in 24-hour cough frequency relative to placebo in COUGH-1 and a 14·6% reduction in COUGH-2.

Over 52 weeks, some patients experienced to mild or moderate taste disturbances in the gefapixant 45 mg group which reversed while on the treatment or after discontinuation. More serious side effects were rare.

Chronic coughing - defined as a cough lasting over 8 weeks - is thought to affect between 4% and 10% of the population, some of whom cough thousands a time a day over many years.

While many patients improve with treatment of associated conditions such as asthma, gastroesophageal reflux disease and nasal disease, many do not.

The condition can cause abdominal pain, urinary incontinence in women, as well as anxiety, depression and difficulty sleeping.

Professor Smith said: “These global trials have confirmed that this drug has exciting potential for patients who suffer from chronic cough, an often distressing condition.

“Effective treatments for cough are a significant unmet clinical need and no new therapies have been approved in over 50 years.

“Billions of pounds are spent annually on over-the-counter cough and cold medicines despite a lack of evidence to support their efficacy, concerns about the potential for abuse and risk of harm in overdose.”

The study monitored the impact of Gefapixant - which can target P2X3receptors in the nerves that control coughing - using a special cough monitoring system originally developed in Manchester to counts coughs.

These global trials have confirmed that this drug has exciting potential for patients who suffer from chronic cough, an often distressing condition. Effective treatments for cough are a significant unmet clinical need and no new therapies have been approved in over 50 years. Billions of pounds are spent annually on over-the-counter cough and cold medicines despite a lack of evidence to support their efficacy, concerns about the potential for abuse and risk of harm in overdose.

The drug was initially developed as a pain killer, until the researchers discovered it had a significant impact on chronic cough.

Some unlicensed drugs have also been shown to improve chronic cough, but their use is limited by unpleasant side effects.

It is thought a chemical called adenosine triphosphate (ATP), released as a response to inflammation in airways, may be an important mechanism for patients with chronic cough.

Professor Smith added: “We can’t say this drug is a cure for chronic cough, but it can and often does reduce the frequency of coughing substantially.

“Now these the phase 3 trials have been successful, we feel this is a major step towards this treatment becoming available for our patients with chronic cough.

““That could make a big difference to patients who often struggle with this condition which can make such a big impact on their lives.”

Retired journalist Nick Peake, from Warrington, who was a television director at ITV and the BBC, has been suffering from chronic cough for 25 years.

He said: “Coughing has blighted my life : every day without fail I cough for the first two hours, soon after I wake up often every 30 seconds. It wears me out.

“It comes and goes through the day: usually after a meal, or when I have a change of atmosphere - out of warm into cold, or if I exercise too hard.

“It often stops me getting to sleep at night, but then I might wake up at 3 or 4 in the morning and start coughing.

He added: “The coughing interferes with conversations, sometimes it stop me singing which I love to do. It’s embarrassing when I’m with people - I find myself apologising a lot, and I have no control over it.

“So I’m often in despair about it and it can make me miserable. How my wife has put up with it all this time I don’t know.

“It’s been going on for so long and I’m thoroughly fed up with it, and desperate for a cure to be found.”

Nick Peake’s blog Cough Up can be found at http://coughup.blogspot.com

The paper Efficacy and safety of gefapixant, a P2X3 Receptor Antagonist, in Chronic Cough (COUGH-1 and COUGH-2): results from two double-blind, randomised, placebo-controlled phase 3 trials is published in The Lancet