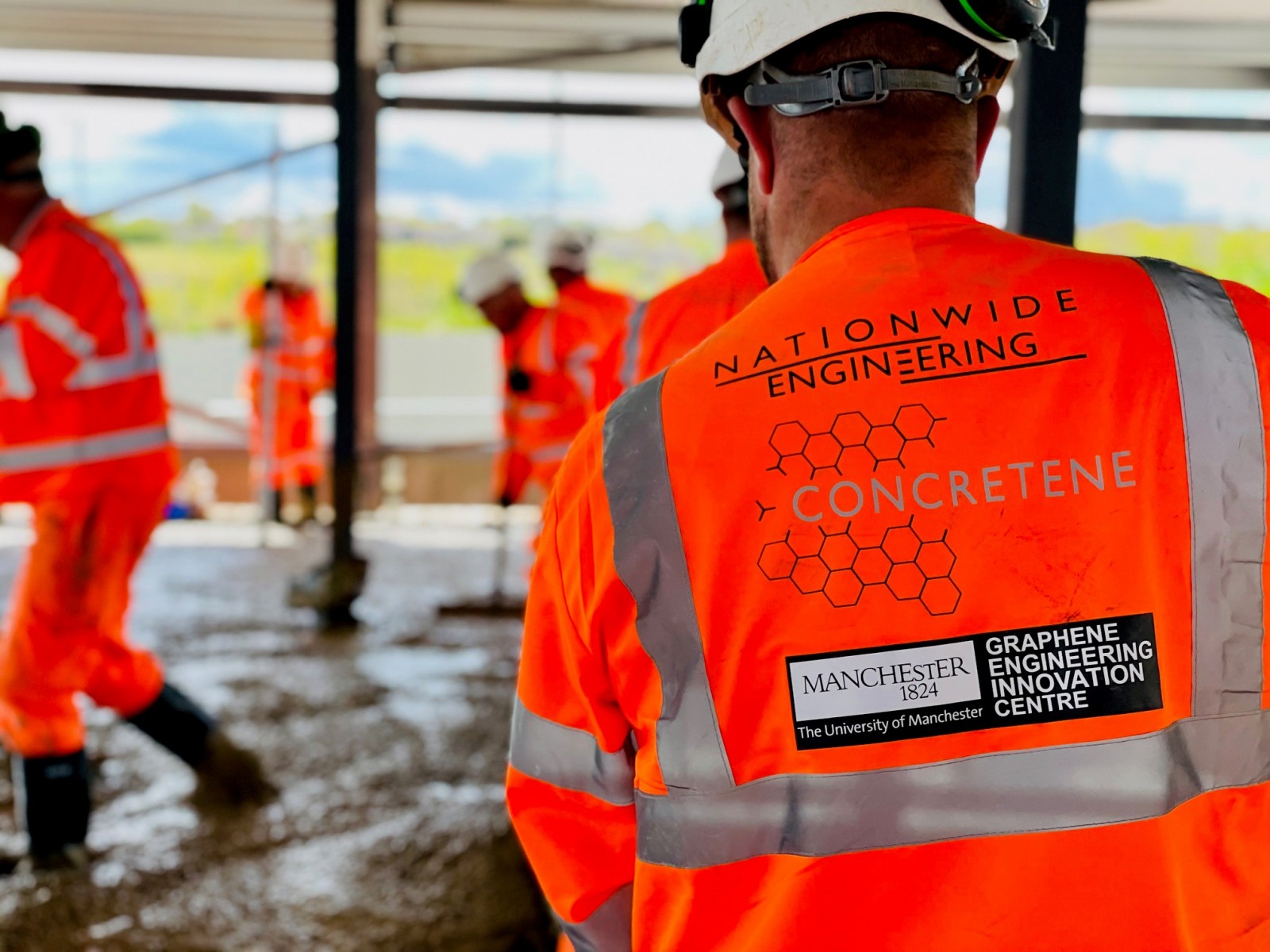 A joint venture between graphene specialists at The University of Manchester and alumni-led construction firm Nationwide Engineering has developed a product that could revolutionise the concrete industry and its impact on the environment.

In a world-first for the sector, the team has laid the floor slab of a new gym in Amesbury, Wiltshire with graphene-enhanced 'Concretene', removing 30% of material and all steel reinforcement. Depending on the size of onward projects, Nationwide Engineering estimates a 10-20% saving to its customers.

Production of cement for concrete in the building industry is one of the leading causes of global carbon dioxide emissions. Remarkably, if concrete were a country, it would be the third largest emitter in the world behind only China and the US, producing around 8% of global CO2 emissions.

The addition of tiny amounts of graphene - a so-called ‘2D material’ made of a single layer of carbon atoms - strengthens Concretene by around 30% compared to standard RC30 concrete, meaning significantly less is needed to achieve the equivalent structural performance.

“We are thrilled to have developed and constructed this game-changing, graphene-enhanced concrete on a real project,” said Alex McDermott, co-founder and managing director of Nationwide Engineering, who is also a civil engineering graduate from Manchester. “Together with our partners at The University of Manchester’s Graphene Engineering Innovation Centre and structural engineers HBPW Consulting, we are rapidly evolving our knowledge and experience and are positioned for wider industry deployment through our construction frameworks, becoming the go-to company for graphene-enhanced concrete.”

What could this mean for the building industry?

For example, the HS2 high-speed rail project is expected to use 19.7 million tonnes of concrete, creating around 5 million tonnes of CO2 (around 1.4% of UK annual CO2 emissions). And that’s just in concrete production, before you add in the hundreds of thousands of train and lorry journeys needed to transport the material to site.

While there is still distance to travel between a low-risk floor slab and the performance requirements of high-speed rail, a 30% reduction in material across a range of engineering applications would make a significant difference to environmental impact and costs in the construction industry.

Rolled out across the global building industry supply chain, the technology has the potential to shave 2% off worldwide emissions.

How does graphene-enhanced concrete work?

Liquid concrete sets into its solid form through chemical reactions known as hydration and gelation, where the water and cement in the mixture react to form a paste that dries and hardens over time.

Graphene makes a difference by acting as a mechanical support and as a catalyst surface for the initial hydration reaction, leading to better bonding at microscopic scale and giving the finished product improved strength, durability and corrosion resistance.

Crucially, Concretene can be used just like standard concrete, meaning no new equipment or training is needed in the batching or laying process, and cost-savings can be passed directly to the client. 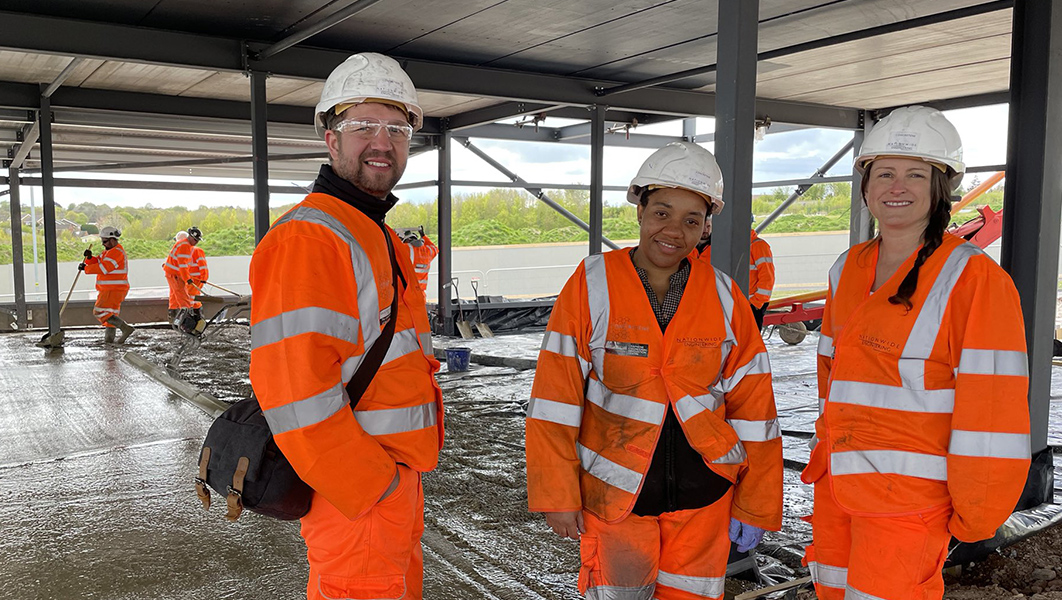 Dr Craig Dawson, Application Manager at the Graphene Engineering Innovation Centre, explained further: “We have produced a graphene-based additive mixture that is non-disruptive at the point of use. That means we can dose our additive directly at the batching plant where the concrete is being produced as part of their existing system, so there’s no change to production or to the construction guys laying the floor.

“We have been able to do this via thorough investigation - alongside our University colleagues from the Department of Mechanical, Aerospace and Civil Engineering - of the materials we are using and we can tailor this approach to use any supplier’s graphene, so we are not beholden to a single supplier,” he added. “This makes Concretene a more viable proposition as there is increased security of supply.”

At Amesbury, an initial pour of 234m2 of Concretene was conducted on site on 6 May, with a further 495m2 laid on Tuesday 25 May to complete the concrete floor slab. The graphene used for the pour on 25 May was supplied by Versarien plc.

Nationwide Engineering will manage and monitor the site during its fit-out and onward operation, effectively making the Southern Quarter gym - itself a carbon-neutral proposition - a ‘living laboratory’ to measure and evaluate the performance of the material.

The project has been funded by Nationwide Engineering, Innovate UK and the European Regional Development Fund’s Bridging the Gap programme as a joint venture with The University of Manchester’s Graphene Engineering Innovation Centre (GEIC) and Department of Mechanical, Aerospace and Civil Engineering (MACE).